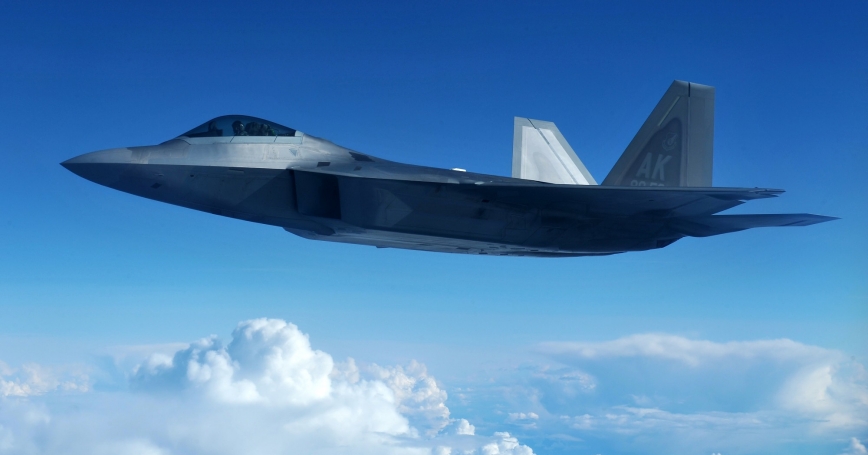 Where Commonality Can Work in a Sixth-Gen Fighter

by Mark A. Lorell

In January, the U.S. Defense Department announced plans to fund a Darpa-Air Force-Navy technology demonstration program aimed at developing critical sixth-generation fighter capabilities. The Aerospace Innovation Initiative will develop common avionics, subsystems, engine technologies and other components that could be used on separate Air Force and Navy airframes. This announcement is an encouraging sign that the Pentagon is adopting a cost-effective strategy for joint fighter programs. However, it will need to remain vigilant to avoid the pitfalls that have caused previous joint fighter programs to fall short of hoped-for cost savings and to accept unwelcome design compromises.

The Pentagon has pursued several joint development programs — in which two or more services are significantly involved in all stages of the acquisition and operational phases — for fighters and other aircraft over the past 50 years, particularly during periods of great budgetary pressure. The reason is simple: Joint fighter programs appear to offer the prospect of life-cycle cost savings by eliminating duplicative research, development, testing and evaluation, and by achieving economies of scale in production, operations and support.

However, RAND analysis of historical joint aircraft programs suggests such programs are highly unlikely to achieve overall life-cycle cost savings if they attempt to maximize airframe design commonality. This is because the fighter operating environments and missions and the doctrines of the military services vary widely. Moreover, RAND found that joint fighter and many other aircraft programs historically have experienced significant compromises in service-specific capability requirements and that their existence has contributed to a weakening of the industrial base.

In contrast, initial analysis suggests jointly developed engines, avionics and subsystems can lead to significant savings, even if these common elements are installed in completely different airframes optimized for different service requirements.

The case of the Joint Advanced Strike Technology (JAST) program, which became the F-35 Joint Strike Fighter (JSF) program, offers a cautionary tale for sixth-generation fighter programs. The genesis of this initiative was similar to the current Aerospace Innovation Initiative and had many of the same objectives. JAST (and later JSF) emerged in 1993 following a comprehensive examination of tactical fighter programs by the Defense Department's Bottom-Up Review. The BUR concluded that, given highly restrictive budgets following the end of the Cold War, the country could not afford independent development of all four fighter programs in development or planned: the F-22, F/A-18E/F, Air Force's Multi-Role fifth-generation Fighter (MRF) and Navy's A/F-X fifth-generation strike fighter. The BUR recommended canceling MRF and A/F-X and replacing them with an Air Force-Navy Joint Attack Fighter.

A subsequent independent Defense Science Board (DSB) Task Force review of the BUR's findings, while generally positive, strongly warned against developing a single joint airframe aimed at maximum commonality. The DSB was aware that a common airframe, while in theory capable of achieving savings, could not cost-effectively meet both Navy and Air Force requirements. Thus, the DSB specifically recommended that the Pentagon “consider two different airframes, with a common engine (or engine core), common avionics architecture, common weapons and a manufacturing process to facilitate efficient production of two different airframes.” Soon afterward, the Pentagon stood up the JAST program based on these principles.

JAST began with high hopes of cost savings, based on the objectives recommended by the DSB. But by the mid-1990s, budgetary pressures and the promise of additional savings moved the program away from these objectives and toward a single airframe with 70-90% commonality among variants. It also incorporated a third set of extremely challenging requirements for a Marine short-takeoff-and-vertical-landing supersonic attack fighter. This shift in objectives virtually ensured that the JSF program would not achieve the hoped-for savings and that design compromises would have to be made to accommodate a largely common planform.

The new Aerospace Innovation Initiative for sixth-generation fighter capability appears to be on the right track, embracing principles consistent with the original vision for JAST. These principles could result in substantial cost savings while allowing services the flexibility to develop innovative airframes that meet their specific mission requirements. But if history is any lesson, the Office of the Secretary of Defense, the services, Congress and contractors should resist calls for further efficiencies through airframe commonality, a path that would likely undermine potential cost savings and compromise future mission effectiveness.

Mark A. Lorell is a senior political scientist at the nonprofit, nonpartisan RAND Corporation.

This commentary originally appeared on Aviation Week & Space Technology on February 27, 2015. Commentary gives RAND researchers a platform to convey insights based on their professional expertise and often on their peer-reviewed research and analysis.