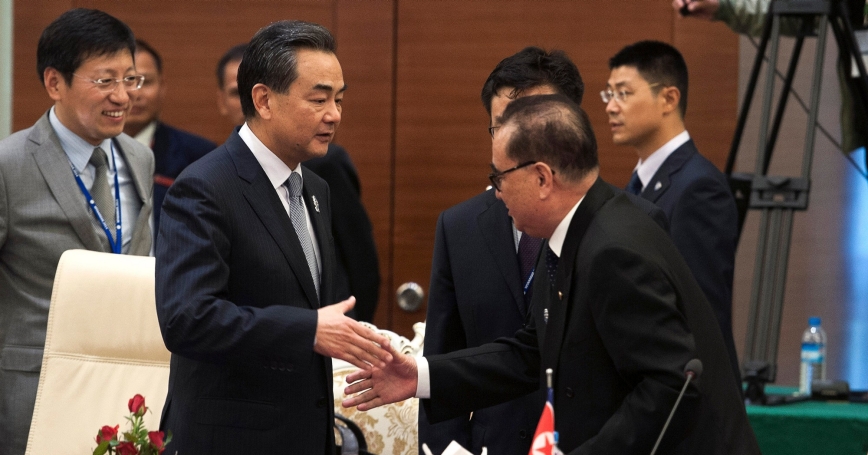 by Andrew Scobell and Mark Cozad

The Democratic People's Republic of Korea (DPRK) has proved to be a near-constant headache for the People's Republic of China (PRC) since the early 1990s. Unlike relations across the Taiwan Strait with Taipei, which have improved appreciably since 2008, and relations with Washington and Tokyo, which has its ups and downs but remains cordial if not exactly friendly, Beijing's Pyongyang problem has not abated and appears to be chronic (PDF). China's unruly neighbor has conducted a series of nuclear tests and missile launches. Pyongyang's provocations have come in swift succession: two incidents in 2010—the torpedoing of a Republic of Korea naval vessel and the shelling of an island near the demilitarized zone (DMZ), which killed a total of 48 South Korean military personnel and two civilians—and subsequent moves, including a declaration that Pyongyang would no longer abide by the 1953 armistice agreement and severing its hotline to Seoul; blocking South Korean access to Kaesong Industrial Zone; and executing Pyongyang's key interlocutor with Beijing in the course of a political purge. For the PRC, there has been no respite where the DPRK is concerned.

North Korea besmirches China's prestige and threatens its national security. Beijing has been accused of consorting with unsavory regimes around the world. For example, in the lead-up to the 2008 Olympics, China found itself tarred as the bad guy in a humanitarian tragedy in Darfur because of Beijing's association with a Khartoum regime accused of perpetrating atrocities. China craves the reputation of a responsible global citizen and a force for good in the world. However, Pyongyang is not akin to Khartoum in Beijing's eyes. After all, North Korea is not some far-off Third World state like Sudan. Rather, it is a radioactive Darfur on China's doorstep—a humanitarian disaster that is the subject of enormous international attention, led by a repressive dictator armed with ballistic missiles and weapons of mass destruction. Instability immediately across the Yalu River directly threatens domestic stability in China's heartland, if only because of the specter of many hundreds of thousands of refugees flooding into Northeast China. As a result, Beijing is ultra-sensitive to any hint of turmoil on the Korean Peninsula.

Under paramount leader Xi Jinping, China has—at least in official rhetoric—prioritized “denuclearization” above “peace and stability.” While Beijing is undoubtedly sincere about desiring a non-nuclear Korean Peninsula, the reality is that denuclearization is a much lower priority than maintaining peace and stability on China's doorstep. Foreign Minister Wang Yi underscored these priorities in early 2014 when he said that Korea was China's “doorway” and no one should foment instability there…

Andrew Scobell is a senior political scientist at the RAND Corporation. Mark Cozad is a senior defense research analyst at RAND. This piece is drawn from the authors' recent article, “China's North Korea Policy: Rethink or Recharge?” (PDF) in Parameters: The U.S. Army War College Quarterly.

This commentary originally appeared on Lawfare on March 29, 2015. Commentary gives RAND researchers a platform to convey insights based on their professional expertise and often on their peer-reviewed research and analysis.