Djibouti: Outpost of Stability in an Unstable Region 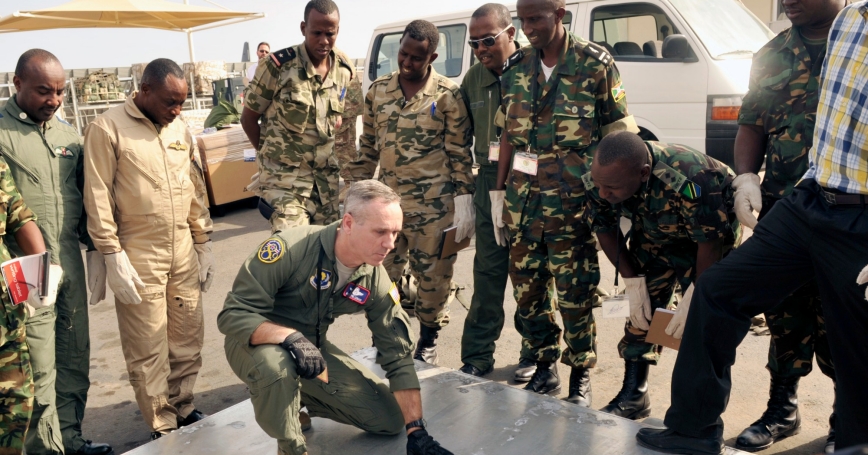 Last week's massacre in Kenya of 148 college students underscores the volatility of this eastern African region. In Kenya alone, the slaughter at Garissa University College comes on top of the killings of at least 67 people in a Nairobi shopping mall in 2013 and numerous terrorist incidents dating back to the U.S. embassy bombing, which killed more than 200 people in 1998.

Next door, Somalia is in turmoil. Somalia is home to the extremist group al-Shabab, which carried out the attack in Kenya. Although the United States has made good progress in helping root out Somalia's extremist militants, including the September killing by drone of the al-Shabab commander known as Ahmed Abdi Godane, Somalia remains perilous and rife with extremist elements.

Directly across the Gulf of Aden from Somalia, the remnants of Yemen smolder under the weight of the Houthi insurgency. Yemen is—or was—a critical regional U.S. ally occupying the strategically important southwestern corner of the Arabian Peninsula. In the midst of all this strife lies tiny Djibouti. It is a country that many Americans may not have heard of, but it has emerged as a critical staging ground for promoting stability in East Africa and supporting operations throughout the U.S. Central Command's area of responsibility, which stretches from Egypt into Central Asia. Last May, the United States re-upped its commitment to Djibouti with a 20-year lease at the country's Camp Lemonnier, an expansive base of 4,000 American service members and civilians focused on counterterrorism operations. Djibouti is adjacent to Somalia and just 17 miles across the Gulf of Aden from Yemen.

There is tremendous demand throughout East Africa for the types of capacity building that are necessary for national and regional security, from detecting and defusing improvised explosive devices to monitoring persistent threats and mitigating the consequences of horrific attacks, such as those that have plagued Kenya. At a minimum, Camp Lemonnier serves as the eyes and ears on Somalia and on militant threats stemming from this region. The camp serves as a combat hub as well, of course. The U.S. operations based here also perform demining and humanitarian missions.

The role being played by U.S. forces in Djibouti should be understood as more than the round-the-clock hours of intelligence surveillance, the number of drone strikes, and more than the number of potential terrorist attacks prevented. Since at least 2001, East Africa has been one demonstration of both the geographic extent to which militant jihadism has spread and the operational extent to which it has entrenched itself in vulnerable territories. Confronting this threat has compelled the United States to devise innovative approaches to waging sustained efforts in some of the remotest corners of the world.

The collaborative role being played by the United States and Djibouti, therefore, represents the kind of partnerships that are now required in the battle against terrorism, because little-known places like Djibouti are one arena where the battle could be won or lost. In the immediate future, the U.S. role in East Africa will also represent a commitment to a part of the world where security problems continue to grow and where security interests have grown increasingly common among U.S. citizens and Kenyan students.

This commentary originally appeared on The Hill on April 10, 2015. Commentary gives RAND researchers a platform to convey insights based on their professional expertise and often on their peer-reviewed research and analysis.