Food Providers: Regulators Should Insist They 'First, Do No Harm' 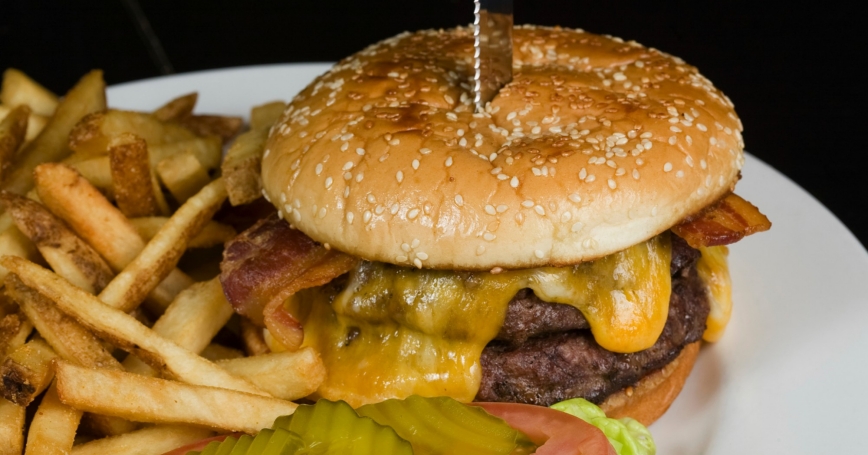 Everyone needs food, water, and shelter, yet society offers protective standards and regulations for just two of these three essentials. To protect people from increased risk of cancer, gastroenteritis and other harm from drinking water, the EPA regulates 90 potential contaminants based upon their maximum tolerable concentrations. To assure that homes and buildings do not collapse or cause injury from electricity, plumbing, fire, or falls there are hundreds — perhaps thousands — of regulations that control every aspect of construction, from the size of nails and screws to the height of steps in stairwells.

But laws regarding food come up short in safeguarding Americans. The primary food regulations focus on protecting people from foodborne illnesses like E. coli, botulism and salmonellosis. When it comes to the nation's epidemics of chronic disease, like obesity and diabetes, regulations offer little protection to U.S. consumers.

That's in stark contrast to protections surrounding the necessities of water and shelter. If water companies exceeded the maximum contaminant level for arsenic, for example, and 10 or 20 years later customers developed cancer or other arsenic-related diseases, outraged citizens would be pointing fingers at offending companies. Similarly, if roofs collapsed in the rain a decade or two after construction, people would hold the builders responsible.

Yet today, restaurants routinely serve up more calories in single meals than most people can burn. Those dining out frequently on such fare will almost inevitably gain too much weight, or even become obese. Science has proven again and again that obesity puts people at increased risk for heart disease, cancer, and numerous other chronic diseases. But nowhere in law or regulation are restaurants held accountable.

Nutrition science can be as complicated as chemistry or engineering, and as difficult for the layperson to understand. The average person cannot recognize water contaminated with an excess amount of arsenic just by looking at the glass. Nor could most people see that a roof was precariously constructed. In those areas, regulations step in to protect consumers from what they cannot see or know.

Society should not expect average consumers to be able to address on their own the complexity of healthy eating. The USDA Dietary Guidelines offer recommendations for the daily consumption of more than 40 nutrients and vitamins. It can be impossible for the average consumer to decipher from food labels or menus which nutrients remain in the food, which were taken out, and the relative value or harm of what remains in the product they'll be eating.

A recent national study showed that the more often people dined out, the greater their risk for multiple metabolic problems. People who frequently dined away from home had lower levels of vitamins D, E, C, B-12, folate, and carotene than those who ate out less often. They also had lower levels of HDL, the good cholesterol, and weighed more for their height. The quality of meals eaten away from home has been repeatedly documented as inferior to home meals, lacking in essential nutrients and not providing sufficient fruits, vegetables and whole grains. Instead, restaurants routinely serve an overabundance of the things people should be cutting down on: calories, salt, sugar and fat. Food eaten away from home is quite literally making Americans sick.

Regulations could provide ways to encourage consumers to eat more nutritiously. Food providers should be expected to refrain from doing harm to consumers by serving portions that are larger than they are able to burn. Requiring standardized portions with reasonable calorie counts could make it easier for people to recognize and avoid meals that contribute to obesity. People would still be free to order unhealthy meals or second servings. But a single serving size of any particular item should not, in itself, put people at risk for obesity if it were to be consumed at that level regularly. Such a policy would be roughly the food equivalent of the water standard “maximum contaminant level.”

Meals not meeting the USDA “My Plate” guidelines should not be bundled. That means burgers would not automatically come with fries and a soda. Some people would continue ordering that combination, but others would opt out of unhealthy sides in favor of fruits, vegetables or whole grains. The traditional fast-food “combo” — one known to increase the risk of chronic disease when consumed routinely — would cease to be the default option. It turns out that when people have the chance to order a la carte, they are more likely to forgo the automatic sides of fries or sugar-sweetened beverages.

With more than two of three adults and one of three children becoming or remaining overweight and obese more than a decade after the obesity epidemic has been fully recognized, it's clear that most people cannot resolve this problem alone. Food providers are the best hope of ending obesity. If they don't serve food that makes people sick, fewer people will get sick. A double cheeseburger, large fries and a 20-ounce soda combo should not be thought of as a “value meal.” It should be considered negligence.

Deborah Cohen is a senior natural scientist at the nonprofit, nonpartisan RAND Corporation, and the author of A Big Fat Crisis: The Hidden Influences Behind the Obesity Epidemic—and How We Can End It.