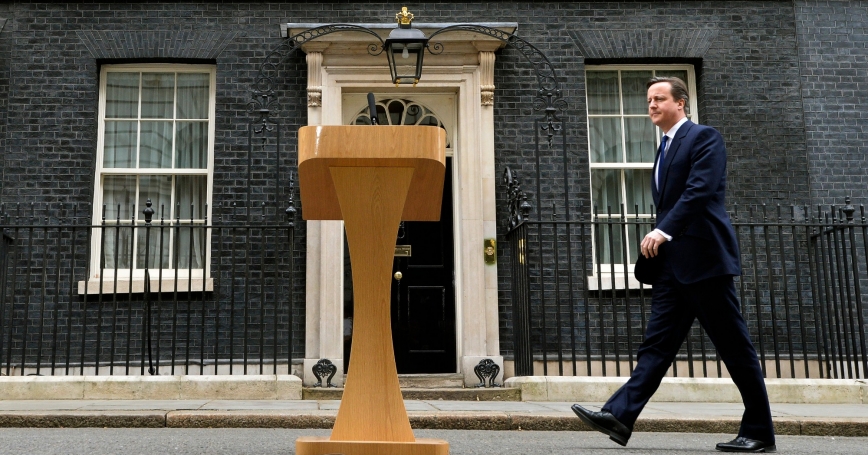 Strategic Europe continues its series devoted to explaining the foreign and security policy ambitions of the 28 EU member states. It asked its contributors from each capital to give a candid assessment of their country's perception of security and strategy, with a ranking on a scale from 0 (the laggards) to 5 (the ambitious). This week, the spotlight is on the United Kingdom.

The United Kingdom's foreign policy tradition combines breadth with depth. In the course of a long imperial and colonial history—and with an ambition often far higher than Britain's strategic resources might allow—this medium-sized Northern European country achieved a global footprint that still endures, in one form or another.

This is not to suggest that the UK's foreign policy has consistently been an unqualified good. Rather, it is an observation that Britain has, for centuries, been a player in the international system and remains so.

Politically and diplomatically, the UK considers itself a prominent and constructive contributor to several leading international organizations including the UN, the Commonwealth, the Organization for Economic Cooperation and Development, NATO, the EU, and the G20. At the same time, British foreign policy shows a degree of uncertainty, giving it a level of ambition of 3 out of 5.

To a considerable extent, what lies behind the UK's global orientation—past and present—is trade. In the CIA's World Factbook for 2013–2014, Britain is listed as the world's tenth-largest exporting nation and fifth-largest importer. Since the UK is also the world's 22nd most populous country, with a population of less than 64 million, its trading performance is distinctive.

More specifically, according to the UK government's own overseas trade statistics, in February 2015 non-EU trade (imports and exports combined) amounted to £28 billion ($41 billion), while trade with EU partners was worth approximately £29 billion. Such figures might explain why the word trade appears no fewer than fifteen times in the 2010 National Security Strategy (PDF) and is described in that document as “the lifeblood of our economy.”

Foreign policy ought not, however, to be concerned exclusively with trade statistics—however impressive they may be. The international system of the early twenty-first century presents a complex of risks and opportunities, requiring a foreign policy outlook that is more diverse in ambition and capability. Convinced that it has a role (if not a duty) as a responsible global actor (if not a leader), the UK has developed a somewhat high-minded national narrative in which London sees merit in making an appropriate, and possibly exemplary, contribution to global stability and security.

This approach has not been without political cost. The decision to maintain the long-standing commitment to contribute 0.7 percent of gross national product to official development assistance is a source of increasing contention in the UK. Public spending continues to experience the full pressure of austerity financing. And as the May 2015 general election approaches, critics point out that earmarked commitments, such as that to official development assistance, tighten constraints disproportionately on unprotected areas of the government's spending plan.

Also controversial, albeit for very different reasons, is the decision to maintain Britain's independent nuclear deterrent by constructing a new fleet of ballistic missile submarines. If it proceeds, the program to succeed the Trident system will, in part, be rationalized by its purported contribution to global nuclear deterrence and nonproliferation.

There is, therefore, evidence of decisiveness and clarity in the UK's foreign policy outlook. Yet there is also ambivalence, partly explained by preelection domestic politics, some aspects of which challenge the very notion of the UK as a unitary foreign policy actor.

The campaign for Scottish independence is not over, in spite of its failure in the September 2014 referendum. Although they would not make the most compatible of bedfellows, it is conceivable that the next British government could be formed from a coalition or arrangement between the Labour Party and the Scottish National Party. The nationalists' price for helping oust the incumbent Conservatives would be another independence referendum, the result of which might be a divided UK, with a newly independent Scotland beginning EU accession negotiations in its own right.

By contrast, a Conservative (or Conservative-led coalition) government would be obliged to hold a national referendum on Britain's EU membership before the end of 2017, as Prime Minister David Cameron has promised. That would hold out the possibility of a British exit—or “Brexit”—from the EU.

It is where international security is concerned that ambivalence runs deepest in UK foreign policy. The UK is considered by some to have played little more than a supporting role in recent European and international security crises: the uprising against the government of Syrian President Bashar al-Assad; Russia's March 2014 annexation of Crimea and the armed incursions by its “polite green men” into areas of eastern Ukraine; and operations against the self-styled Islamic State in Syria, northern Iraq, and Kurdistan.

The UK's cautionary position reflects recent experience in Afghanistan and Iraq. But the loss of interest in expeditionary warfare—coupled with the government's persistent refusal to guarantee a defense budget of 2 percent of GDP, in accordance with NATO guidelines—suggests to its critics that the Conservative-led government has undertaken to redesign and reduce UK armed forces so the country will not again be drawn into costly military adventurism.

The UK's foreign policy ambition is either buoyant, fragile, or simply broken. To decide which of these is the fairer judgment, one must answer two questions. First, in the unpredictable, interconnected geopolitical context of the early twenty-first century, can foreign policy reasonably be separated into discrete areas? And second, can loss of credibility in one such area (the military) be prevented from contaminating another (diplomacy or trade)?

Since the answer to both is no, UK foreign policy is best described as fragile.

Paul Cornish is research group director for defense, security, and infrastructure at RAND Europe in Cambridge.

This commentary originally appeared on Carnegie Europe's Strategic Europe blog on April 17, 2015. Commentary gives RAND researchers a platform to convey insights based on their professional expertise and often on their peer-reviewed research and analysis.