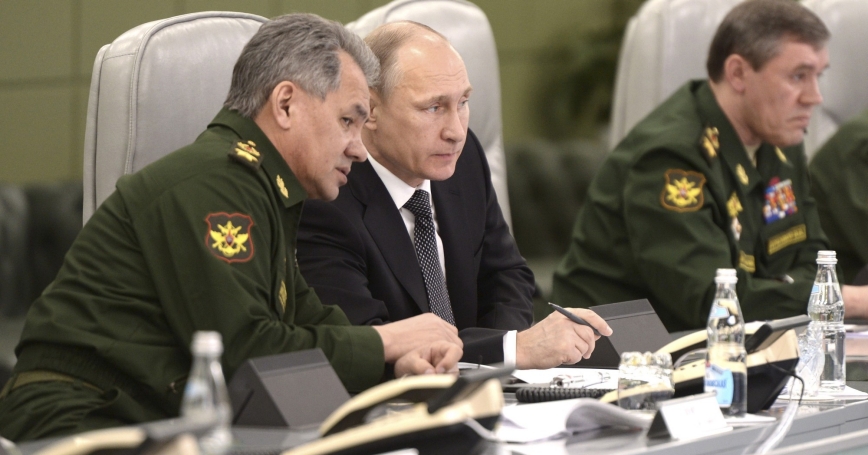 The Russian leadership after Khrushchev's ouster in 1964 was essentially cautious and conservative. They were primarily interested in maintaining the political and territorial status quo in Eastern Europe, not promoting world revolution. In areas outside Europe, especially the Third World, Moscow relied on proxies such as Cuba to advance its interests. While rhetorically Moscow continued to pay lip service to world revolution, in practice the aging apparatchiks in the Kremlin were more interested in finding ways to enhance “strategic stability” and reduce the risks of nuclear war.

The Russia that the United States faces today is quite different. Under Putin, Russia has become a revisionist state. Putin believes that the European security system that emerged at the end of the Cold War is oriented against Russia and does not adequately reflect Russian interests and political ambitions. Putin believes Russia got the short end of the stick because it was weak and he is determined to undermine the post-Cold War security system in Europe and reshape it in ways that enhance Russian interests and influence.

Putin's speech at the Munich security conference in 2007 was intended to put the West on notice that Russia had its own national interests and was no longer willing to abide by the old rules of the Western game. Henceforth Russia would decide for itself which rules it would obey.

Brezhnev and company were risk-adverse. Putin is the opposite—a risk-taker. When challenged, his inclination is not to seek compromise but to double down and raise the ante, as he did in the wake of the shooting down of Malaysian Airlines Flight 17 last July.

Instead of backing down, he increased the firepower and sophistication of the weapons he was supplying to the separatists in eastern Ukraine and sent several thousand well-armed and well-trained Russian regular army soldiers clandestinely into Ukraine. This bold move caught the Ukrainian government—and the West—by surprise, enabling Putin to deal a stunning blow to the Ukrainian forces, which up until that moment had been winning the war, and reverse the tide of the conflict.

The annexation of Crimea showed the same combination of boldness and readiness to take big risks. Confronted by Ukrainian President Viktor Yanukovych's sudden ouster and the prospect that Ukraine might move swiftly and irreversibly into the Western camp, Putin annexed Crimea. The annexation caught Western leaders by surprise, leaving them flatfooted and unable to organize an effective response other than mild economic sanctions.

Indeed, Putin appears to have been surprised at the ease with which the annexation was realized. The Ukrainians put up no military resistance (they reportedly had been advised not to resist). At home the annexation was enthusiastically welcomed by the overwhelming majority of Russian citizens and resulted in a major boost in Putin's approval rating, which soared to over 85 percent.

What do these examples suggest about Putin's character and future behavior?

First, as noted, Putin is a risk-taker. He continually does the unexpected. That keeps his opponents off balance and allows Putin to control the state of play. The West, by contrast, is largely reactive, responding to moves Putin has made rather than taking the initiative and putting Putin on the defensive.

Second, Putin has likely been emboldened by the ease with which he has been able to achieve his objectives. This is likely to reinforce his belief that bold moves pay big dividends.

This suggests that rather than laying the groundwork for a negotiated settlement of the Ukrainian crisis, as many European leaders hope, the ceasefire agreed to in Minsk in February is likely to prove to be only a temporary respite before a new push on the part of the separatists, backed by Putin, to seize the port of Mariupol and establish a land bridge to Crimea that would enable Russia to more easily reinforce its forces in eastern Ukraine. This would be a bold and risky move, but Putin has shown time and again his willingness to take chances.

F. Stephen Larrabee holds the Distinguished Chair in European Security (Emeritus) at the nonprofit, nonpartisan RAND Corporation. He served on the National Security Council staff in the Carter Administration.

This commentary originally appeared on GlobalSecurity.org and The RAND Blog on April 20, 2015. Commentary gives RAND researchers a platform to convey insights based on their professional expertise and often on their peer-reviewed research and analysis.