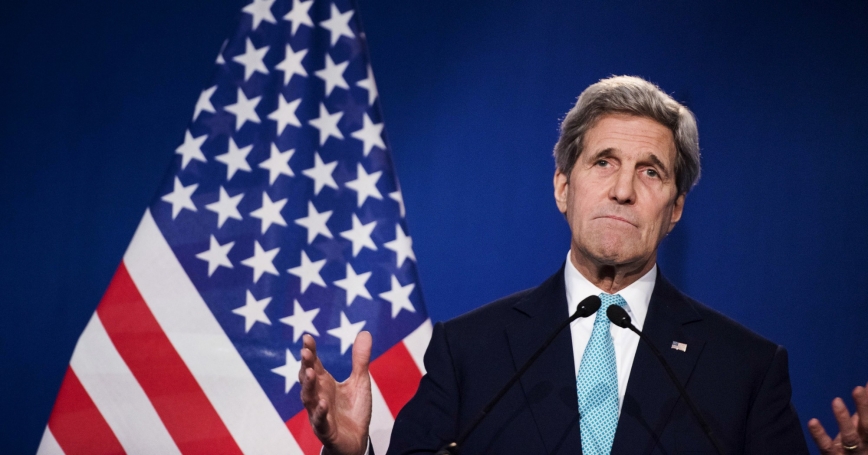 Negotiators reached a framework for an Iranian nuclear accord on Thursday, setting the stage for a final deal to be worked out between Iran and the P5+1 (the United States, Russia, China, Britain, France, and Germany) by a self-imposed June deadline. The framework was hailed by President Barack Obama as a “historic understanding,” and there was celebration in Iran, but many challenges remain.

In the wake of the announced breakthrough, three senior RAND experts engaged in a question and answer session about the framework and its implications for Iran, the United States, and the world.

What is your initial reaction to the deal hammered out in Switzerland?

Alireza Nader: I was surprised to see the level of detail in the fact sheet. Iran has made important concessions on a number of issues, from decreasing its centrifuge numbers to accepting an intrusive inspections regime.

Larry Hanauer: The agreement is a much better deal for the United States than had been expected. It will stop Iranian weapons-related research and enrichment activities for 10 to 15 years, cutting off all paths to a bomb and extending the “breakout” time — the time it would take for Iran to develop a weapon covertly — from two or three months to a full year. Most importantly, however, the agreement calls for an extremely intrusive 20-year inspection and verification regime that will quickly detect any attempt by Iran to cheat. International inspectors will have to verify that Iran has met its key commitments before it receives meaningful sanctions relief, which will give Iran a strong incentive to comply.

Dalia Dassa Kaye: My initial reaction was surprise at how much detail was included in the parameters of the agreement, especially as spelled out in the U.S. fact sheet explaining the key features of what a final deal would look like. The limitation of uranium enrichment activity to only one nuclear site, and restrictions that would prevent Iran from enriching to nuclear-grade levels for a considerable period of time, are particularly notable. The other major feature is the detail and extent of verification and transparency measures. This is really key because, as the administration has said, this deal isn't based on trust but on the ability to verify Iranian compliance. Having such intrusive International Atomic Energy Agency (IAEA) inspection capabilities is critical to making sure Iran complies with any final agreement, so this is good news.

How significant is the framework as a step toward a nuclear weapons-free Iran?

Nader: I consider this to be a breakthrough, but it is not a final deal. There could be potential obstacles in the future, including opposition from Iranian conservatives and the U.S. Congress.

Hanauer: The Iranian government clearly felt it had to maintain some nuclear enrichment capability as a matter of national pride and to prove that it hadn't capitulated to Western pressure. Tehran made significant concessions by limiting its uranium stockpile, restricting future uranium enrichment to levels that are unsuitable for weapons, reducing the number of operable centrifuges, mothballing its advanced centrifuges, redesigning its heavy water research reactor in Arak, and repurposing its enrichment facility at Fordow. This diplomatic agreement will be more effective and less costly — in terms of money, lives, and American influence — than a military campaign that would mire the United States in another Middle East war.

Kaye: The agreement was a critical step in resolving this issue, especially because the detail in the framework will probably give the administration enough support to stave off measures in Congress that could derail a final deal before the June deadline. And the Iranian leadership is going to have a hard time turning back on a deal that is being widely celebrated among the Iranian people. The fact that the parties have gotten this far suggests they may have too much invested in the process at this stage to turn back.

What are some of the key issues that remain to be worked out between now and the June deadline for final agreement?

Nader: Some important elements such as sanctions relief remain vague. Also, the status of Iran's current uranium stockpile is not clear. Will Iran send it to Russia for further reprocessing? Will it dilute its uranium? This seems to be a significant outstanding issue.

Hanauer: One of the toughest challenges will be to design an intrusive inspection and verification regime that can overcome any possible efforts by Iran to undermine it. Negotiators will have to work out a timetable for the provision of sanctions relief. Initial expectations were that sanctions would be relaxed as Iran took specific steps to dismantle its nuclear program, but the framework indicated that significant sanctions relief would not be provided until Iran verifiably met its key obligations. The P5+1 and Iran will have to develop a detailed timetable of Iranian actions that will serve as triggers for different forms of sanctions relief.

Kaye: There are still many unresolved issues, particularly the sequencing and timing of sanctions relief, which is the critical incentive for Iranian compliance with the agreement. How Iran will reduce its current stockpiles of enriched uranium is also an issue. And even if the parties agree to a final deal by June, the implementation of this agreement is going to be extremely complicated and could take some time. So the Iran nuclear issue is not going to end this June even under the best of circumstances.

What lies ahead for backers of the framework in seeking support from skeptics in the United States, Iran, and elsewhere?

Nader: Some of the skeptics, including non-proliferation experts, have been surprised by the strength of the agreement. But a lot of skepticism remains, particularly since this is a deal with Iran, a country that the United States has struggled with for more than three decades. The Obama administration will have a particularly tough time convincing Congress and U.S. allies such as Israel and Saudi Arabia.

Hanauer: The administration will need to sell the deal to Congress, where many members remain skeptical that Iran can be trusted to meet its obligations. When Congress returns from recess in mid-April, Senate Foreign Relations Committee Chairman Robert Corker plans to debate a bill that would delay the implementation of sanctions relief and give Congress the chance to disapprove the agreement. Other members are eager to pass pending legislation that would expand economic sanctions on Iran. But the only reason to pass these bills — or even to hold these debates — before a deal is finalized is to derail the negotiations and prevent a deal from being reached. Although there is bipartisan support for pending sanctions legislation, opponents of a deal are unlikely to muster the two-thirds majorities they need to override a certain presidential veto.

Kaye: There is no question that this deal will face critique domestically and abroad. But if a final deal is agreed to and implemented that matches the parameters the United States has announced, the administration will have a pretty strong case that this agreement serves U.S. national security interests. Successive administrations, Republican and Democratic, have tried to prevent a nuclear-armed Iran through diplomatic channels, and this agreement might be the best chance yet of doing that.

Regional allies like Israel and Saudi Arabia are not likely to welcome any deal, but that's because they are worried about Iran's broader role in the region, not just its nuclear capabilities. But despite criticism from Israeli officials about the proposed deal, some Israeli security experts see some value in a deal that so significantly constrains Iran's nuclear capabilities, and worry that Israel's continued resistance to a deal is undermining its influence and jeopardizing U.S.-Israeli relations. And Israel isn't likely to take measures like a military strike in the aftermath of an agreement that has attracted such broad global support. So the likely reaction of the Israelis as well as the Saudis will be grudging acceptance of a deal while attempting to contain Iran's political and military influence on other fronts.

What issues should we be thinking about beyond the nuclear deal deadline this June?

Kaye: While we're all focused on the details of the agreement right now and whether a final deal will be possible, it's also really important to think about the broader regional environment in which this deal is being negotiated and the strategies that will be required for the success of this deal and broader regional stability. The biggest challenge will be formulating an assurance package for regional allies that will not undermine Iranian confidence in the U.S. commitment to the deal and that does not limit the U.S. ability to leverage the deal for broader engagement with the Iranians on potential areas of mutual interest.