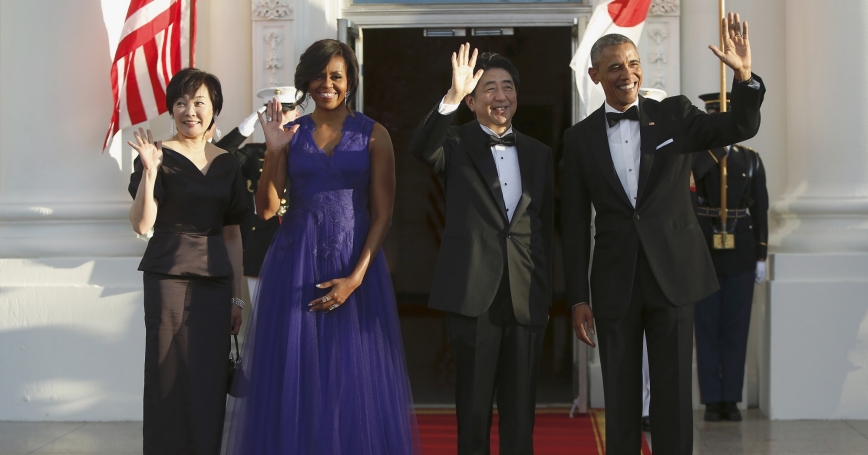 Wednesday's address by Japanese Prime Minister Shinzo Abe to a joint session of Congress caps a monumental shift in Japanese security policy and signals the most consequential turning point in U.S.-Japan relations since the end of World War II, when the U.S. victors imposed a pacifist constitution on the defeated Japanese imperial regime.

From the promulgation of that constitution in 1947 until 2014, its Article 9 was interpreted by Japanese administrations as prohibiting Japan from using military force except in cases of “self-defense” against existential threats. Since July, however, the Abe administration has reinterpreted Article 9, expanding the country's definition of self-defense to permit “collective self-defense.”

The shift toward collective self-defense will allow Japan to take joint military action with its allies even when it is not directly attacked and thereby participate in security measures beyond its geographical borders, a posture that Abe has described as “proactive pacifism.” His trip to Washington this week is intended to cement Japan's deepening bilateral security alliance with the United States, while also pressing forward with the Trans-Pacific Partnership trade pact.

The new contours of Japanese self-defense policy will likely remain in place at least until Abe steps down, with many observers speculating that, if possible, he will retain his position long enough to welcome the athletes at the 2020 Summer Olympics in Tokyo.

What security changes are likely to unfold? The most probable outcome is increasingly close coordination of Asia-Pacific security strategy among the United States, Japan, Australia and India, as well as with South Korea, the Philippines and other friendly nations. In discussions with nearly 100 defense and diplomatic officials in Japan earlier this year, we were struck by how determined the leaders of Japan have become to ensure that the Asia-Pacific region evolves toward democracy, free markets and the rule of law — and away from a future dominated by China, with the influence of the United States and Japan marginalized and declining.

These are some of the developments to look for in the coming years. The pace and scale with which they unfold will be the true tests of the commitment to defense reform in Japan. U.S. Defense Secretary Ashton Carter has predicted that Japan's new security policy will “transform” the bilateral alliance and allow Tokyo and Washington to “cooperate seamlessly” across the globe. If such a day comes to pass, it could hardly have been imagined by the American architects of Japan's post-World War II constitution, but it will still adhere to their vision of Japan as a peaceful, democratic, free and law-abiding nation that supports the liberal international order.

This commentary originally appeared on U.S. News & World Report on April 29, 2015. Commentary gives RAND researchers a platform to convey insights based on their professional expertise and often on their peer-reviewed research and analysis.