The Afghan Warlord with a Cheshire Cat Grin 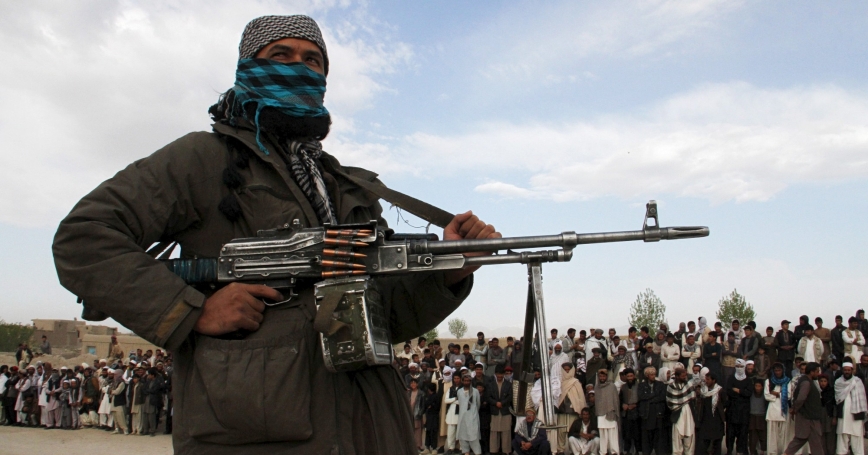 A member of the Taliban insurgency during the execution of three men in Ghazni Province, April 18, 2015

Matiullah Khan is dead, the victim of a Taliban suicide bomber. He was an Afghan militia leader turned police chief whose rise to power demonstrated both the dangers and opportunities posed by the lack of governance in Afghanistan.

For many years, opinions of Khan reflected opinions about the broader international endeavor in Afghanistan: Kahn and his ilk were either rough-hewn bulwarks of stability or threats to their country's future. His death left a power vacuum in a key part of the country and demonstrates anew the challenges faced in seeking to establish enduring stability in Afghanistan.

A key player in the new Afghanistan, Matiullah Khan (or MK, as Americans liked to call him), formed part of a class that I call “corporate warlords,” whose power sprung from the largesse of the international presence.

Part old-school warlord, part entrepreneur, MK was of the tribe, but not placed highly in its structure. He was a facile deal maker, maneuvering easily with both the government and the Taliban, all the while profiting from the contest between the two. As his wealth grew, so did his power, and power attracts a following.

Though I only met Khan a few times, I can't recall him without thinking of his maddening, Cheshire Cat smile. It was a grin that revealed self-confidence bordering on arrogance, a grin that surfaced when he had the upper hand, a grin that said checkmate. I think he smiled like that a lot.

A Pashtun from the southeastern province of Uruzgan, MK made his fortune securing international military convoys. Road security in Afghanistan was big business at the time, and the armed, unregulated company militias controlled the lines of transport so crucial in a rugged country.

Eventually these forces were brought into the fold of the policing system, but their extra-governmental influence persisted even after the Afghan government patches were sown to their sleeves.

MK was a hard man, accused of torture and narcotics trafficking, but it was also said that he protected civilians on the road without extortion, helping to earn him a loyal following across Uruzgan and into Kandahar. He embraced the duality of his position, some days appearing clothed in traditional Pashtun robes, other times crisply attired in the police uniform his forces had been issued.

MK, like other similarly situated Afghan strongmen, was the object of fierce dispute within the International Security Assistance Force (ISAF).

On one side were the liberal, institution-driven actors, largely European, who believed that in working with someone like MK, ISAF had brought a fox into the henhouse. On the other side of the debate were the believers in power politics, mostly American, who thought that Western-style liberal institutions were either infeasible or inappropriate to push on rural Afghans at the time.

Elsewhere in the country, I watched institution-building efforts fail, doomed by bloat and corruption, and a tendency among advisors to view any fiat as governing. To the backers of power politics, there was logic to the idea that Uruzgan needed a sheriff, a strong leader who could keep the peace in a vast swath of rural Afghanistan that stretches beyond the ring road. It was hoped that eventually, as in America's wild west, something more institution-like would take root.

This view carried the day, and in 2011, MK was named the provincial chief of police. While on paper he was not the most senior official in the province, the entire government stood to attention when he entered the room. While Uruzgan was not a global garden spot, it did seem to be more stable than before.

But the hoped for shift toward formal governing never happened. The trouble with the power politics vision for Afghanistan is that ISAF put the strongmen in the government but never actually pushed them to develop the processes to govern.

Provincial level politics have always been hard to decipher, so international forces trusted these men to work in Afghanistan's interests. But now, with MK gone, what remains?

Khan never prepared a viable successor, and with no government structure to fall back on, the brittleness of this strategy is fully exposed. And anti-government forces have come to realize that this lack of government structures means they don't need to defeat Afghan forces on the field of battle; it is enough to kill those few Afghans who retain both legitimacy and power, usurping their positions or just profiting from the chaos.

The fundamental challenge for Afghanistan, and the most urgent task of any international actors hoping to support that country is to move these two poles closer together, to support legitimate and powerful actors in an institutional system that places reasonable checks on their influence.

President Ashraf Ghani has removed the entire provincial leadership of Herat, notoriously tightly held by the warlord Ismail Khan, but he has been unable to replace it with a functioning government. He has vowed to keep bad actors out of government, but has been unable to complete a sitting cabinet because of the personalistic rivalries in Parliament.

He conceded to ethno-political realities in bringing the warlord Abdurrashid Dostum into government as vice president, yet cannot create a viable role for him in the national leadership. This continued failure to reconcile warlord populism with larger institutional development has stymied the development of functioning government at every level and left Afghanistan mired in instability.

Rebecca Zimmerman is an associate policy analyst at the RAND Corporation, a doctoral candidate at Johns Hopkins University School of Advanced International Studies, and a Truman National Security Project fellow.

This commentary originally appeared on Newsweek on April 29, 2015. Commentary gives RAND researchers a platform to convey insights based on their professional expertise and often on their peer-reviewed research and analysis.