The Forgotten Cornerstone in the Immigration Reform Debate 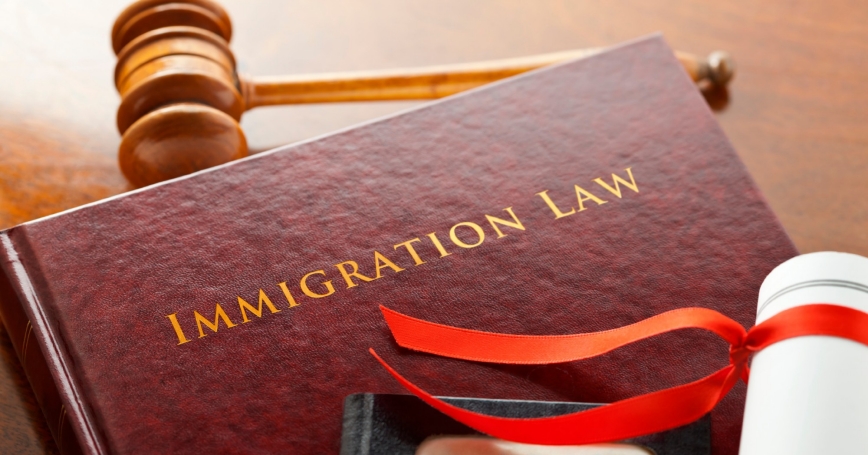 Discussions of immigration reform invariably focus on border security, guest worker programs, deportation or legalization. Rarely, if ever, are the letters “EOIR” — Executive Office for Immigration Review — uttered in this debate. However, the Department of Justice's EOIR manages the country's immigration court system and thereby plays a pivotal role in assuring the timely processing of foreign nationals and the security of our nation and its borders.

For each case, EOIR judges interpret immigration laws and regulations, determining if foreign nationals are subject to removal from the United States or if relief is warranted. Without addressing shortfalls related to the EOIR structure and process, achieving comprehensive immigration reform will likely encounter great difficulties and perhaps even severely disadvantage the effort from the start.

The four most important issues that need to be addressed at EOIR include lengthy processing times, the large number of continuances, calls for greater use of prosecutorial discretion and the severe shortage of immigration judges.

To put in perspective the time it take to process a case, consider the 2014 congressional testimony of Juan P. Osuna, the EOIR director who pointed out that the immigration courts had over 350,330 cases pending at the end of fiscal year 2013 — an increase of 23,000 over the previous fiscal year. This trend is continuing. As of February 2015, an estimated 436,370 cases were pending in the immigration courts, according to the Transactional Records Access Clearinghouse. On average, these cases required approximately 597 days to adjudicate, a number that fluctuates based on court location. For example, in Los Angeles the average wait time is 778 days compared to 246 days in Charlotte, North Carolina.

Frequent continuances — the adjournment of cases until a different day or time — further exacerbate the court's growing dockets. An analysis of a sampling of 2,000 cases by the Department of Justice's Office of the Inspector General showed 53 percent had one or more continuances. Each adjournment adds three months to the process, and the averaged delayed case was subject to four continuances, which prolonged it by about a year. Interestingly, the majority of the continuations, or 62 percent, were requested by the foreign national, whereas only 20 percent were initiated by the court and 18 percent were requested by the Department of Homeland Security, sometimes in conjunction with the foreign national.

Prolonged decisions lead to higher costs for the departments of Justice and Homeland Security (if the foreign national is being detained) and delays the hearings of newer cases that have entered the system. Because priority has recently been given to the cases of approximately 60,000 Central American women and children who crossed the border last summer, thousands of individuals already waiting for a court date have had their hearing canceled and may have to wait until 2019 for their cases to be heard.

Some experts suggest that to eliminate this large caseload, the DHS should utilize prosecutorial discretion more frequently by issuing fewer “notices to appear,” which would result in fewer cases pending before the courts. But asking one federal agency to assume more responsibility in order to relieve a growing burden on another — EOIR — is a disservice to everyone involved. This is a double-edged sword: If foreign nationals are not served with a notice to appear, they might not receive a removal order, but they also cannot seek relief from removal either. As a result, they remain in legal limbo with limited legal standing and no case resolution in sight.

The limited number of judges has also greatly constrained the immigration system. The EOIR caseload seems insurmountable: Some 436,370 pending cases are awaiting review by 235 judges. To eliminate the backlog, each immigration judge would have to adjudicate almost 2,000 cases this year. With such an astronomical hurdle as this, is it any wonder that our immigration system is regarded as “broken”? Year after year, experts have testified at congressional hearings that more immigration judges are needed to handle an ever-growing caseload. The American Bar Association has suggested that the number of immigration judges needs to increase by 100.

The current level of EOIR judicial support is both unrealistic and self-defeating. It fails to provide the needed capacity for the already overstressed immigration reform effort. The present EOIR situation is not sustainable and contributes to negative impressions of the U.S. immigration system. If larger issues are addressed — including the need for additional immigration judges and a review of why continuances are requested so frequently — lengthy processing times and other issues that contribute to court delays can be improved.

The EOIR is an important component of our multilayered enforcement and overburdened immigration system, and it must not be the forgotten cornerstone in the immigration debate. EOIR reform is a humanitarian concern, an administrative obligation and a national security necessity.

Gerstein works at the nonprofit, nonpartisan RAND Corporation. He was the undersecretary (acting) and deputy undersecretary in the Science and Technology Directorate of the Department of Homeland Security from 2011-2014. Melliand is the Department of Homeland Security fellow at RAND. She has worked at Immigration and Customs Enforcement for over seven years and has a master's degree in Global Security Studies from Johns Hopkins University.

This commentary originally appeared on The Hill on April 29, 2015. Commentary gives RAND researchers a platform to convey insights based on their professional expertise and often on their peer-reviewed research and analysis.