The Most Enduring Lesson: People 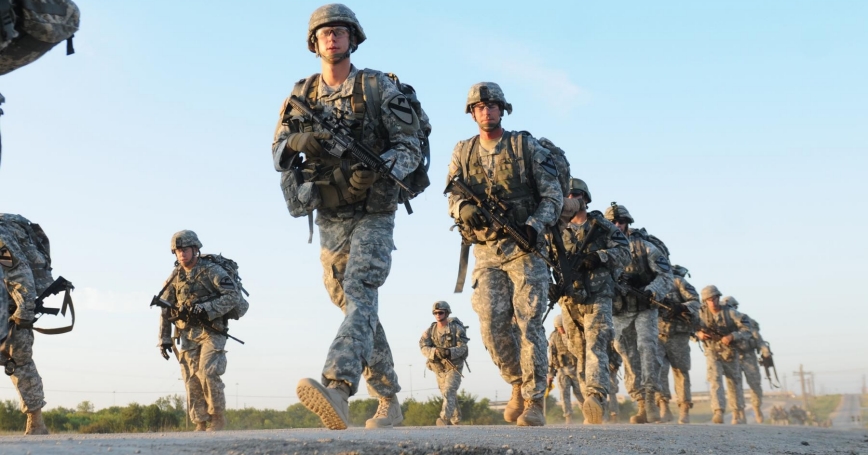 Over 20 years ago, when the three of us were colleagues in the Political-Military Studies Program of the Center for Strategic and International Studies, we produced a report on the lessons of the Gulf War for future defense planning. Few could have imagined the course U.S. national security policy would take in the years after 1991—a decade of “peace operations” and humanitarian interventions, NATO's Kosovo campaign, the tragedy of 9/11, the invasions of Afghanistan and Iraq, and a decade of large-scale stability, counterinsurgency and nation-building operations. Happily, a number of our lessons remain relevant to the current era—none more so than the central importance of people. If there is any enduring lesson of military operations from 1989 to 2015, it is that, as we wrote at the time, we must “place the greatest emphasis on the quality of military personnel.”

We produced our report in the heyday of the Revolution in Military Affairs, and it is therefore unsurprising that we emphasized a few themes closely related to that concept—the role of networked, precision approaches to warfare, for example. We highlighted the importance, in a precision-strike era, of dispersed operations, of finding ways to achieve military effects without massed forces—a challenge that has been brought home again in an era of contested operational environments and A2AD technologies. We wrote of the dangers of counting on deterrence to work in practice as it did in theory, stressed the importance of allies and partners, and pointed to the growing role of ballistic missiles.

But we placed greatest emphasis on what we might now call the “first principle of defense policy.” Especially given the complex, technology-heavy and conceptually-nuanced environment of today's military, the quality of military personnel is the dominant form of competitive advantage. Military personnel policies, we argued, and the overall quality of personnel, “will be the single largest determinant of future U.S. military capability during the coming build-down.” We believe that this lesson has been borne out many-fold in the last 13 years, and it is no coincidence that all the services today place maintaining a high-quality force at the top of their list of priorities.

At least two things have changed over the last two decades, however, to alter the context and significance of our recommendation. First, the role of personnel policies has become even more important for a related and somewhat paradoxical reason: the cost of human capital is crowding out options for robust acquisition or modernization strategies. Partly because of expanding benefits and a growing retiree base, the daunting magnitude of prospective growth in personnel costs threatens the potential for a balanced defense investment strategy. Our challenge today is therefore to both reaffirm and invest in the role of high-quality personnel, even as we reform various aspects of pay and benefits.

Second, persistent leadership challenges in all the services have—as Chairman of the Joint Chiefs of Staff Martin Dempsey and many others have recognized—placed new emphasis on specific aspects of personnel quality. Back in 1991 we described the personnel needed as “competent and well-trained.” Under the shadow of a series of ethical challenges, we must emphasize that they be both operationally competent and competent of character, military professionals serving under a personal calling. The quality of our “human-ware,” including its moral character, is now of even greater importance relative to the quality of our hardware and software.

Each service has an impressive array of programs to affirm the central importance of world-class personnel. Going forward, in addition to sensible reforms to keep personnel costs in line, we would recommend three additional areas of emphasis. The first is a continuation of the dialogue on military professionalism and the ethical demands on the military profession. Second, as much as the services have spoken at length about the attributes and skills they need in a 21st-century force, we have little detailed knowledge of what practices—assignments, education, mentoring—actually produce those attributes, and the enduring character that manifests them. We need a new research agenda to find out. And finally, developing and retaining the best leaders for a complex era will call on the services to experiment with innovative new career trajectories, opening the aperture for the kinds of experiences that can lead troops and officers to senior ranks.

James Blackwell is special advisor to the Assistant Chief of Staff for Strategic Deterrence and Nuclear Integration, US Air Force. Michael J. Mazarr is a senior political scientist at the nonprofit, nonpartisan RAND Corporation. Don Snider is Professor Emeritus of Political Science at West Point, NY, from which he retired in 2008. He is currently Professor of Army Profession and Ethic in the Strategic Studies Institute, U.S. Army War College, Carlisle, PA as well as a Senior Fellow in the Center for the Army Profession and Ethic (CAPE) at West Point.

This commentary originally appeared in Army Acquisition, Logistics and Technology Magazine on April 1, 2015. Commentary gives RAND researchers a platform to convey insights based on their professional expertise and often on their peer-reviewed research and analysis.