To Know the Future of Biological Weapons, Look to the Past 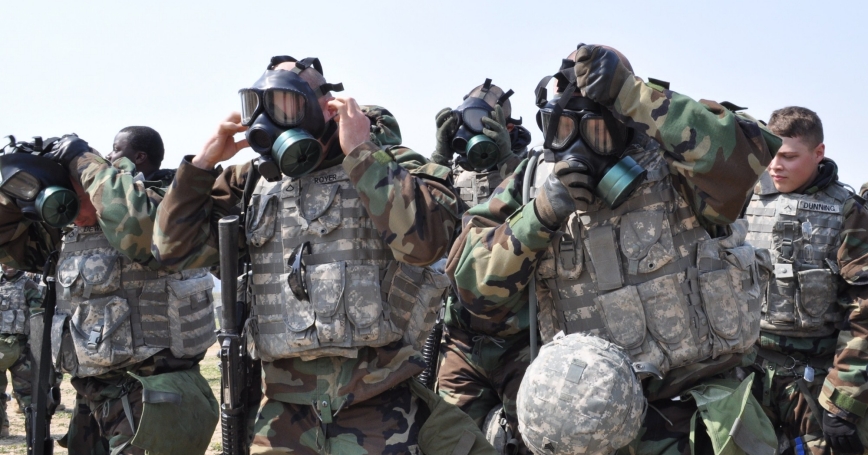 Over the more than 27 years that the U.S. offensive biological warfare program was in existence from its inception in 1942 to President Richard Nixon's public denunciation (PDF) of it in 1969, researchers established the enormous potential of biological weapons, lessons that appear to have been forgotten today.

In the next several months, a Blue Ribbon Study Panel on Biodefense, chaired by former Sen. Joe Lieberman and former Gov. Tom Ridge, will recommend changes to “U.S. policy and law to strengthen national biodefense while optimizing resource investments.” The panel will draw from almost two decades of policies and programs enacted by the Obama, George W. Bush and Clinton administrations. It will also build on the lessons from the 2001 anthrax attacks and recent demonstrated preparedness and response to several naturally occurring disease outbreaks. Furthermore, the panel will benefit from the testimony of expert witnesses from across the biodefense community.

In the spirit of inclusiveness, this important effort would also be well served to look further back in history to the end of the United States offensive biological weapons program to understand how previous political leaders and scientists viewed biological weapons.

Nixon and his national security team understood that biological weapons constituted a potential strategic threat to the United States. The U.S. program had established the potential of these weapons to cause high mortality and morbidity, as well as to achieve strategic, operational and tactical outcomes. In making the decision to renounce biological weapons, a key goal was to limit the proliferation of strategic weapons — some might even say nuclear-equivalent weapons — that could be prepared at modest cost by a nation state.

The former U.S. offensive program made great progress in understanding the potential of biological weapons. Despite the modestly funded U.S. program, specialists engaged in research, development and testing of biological weapons provided ample evidence of the power of diseases fashioned to serve as weapons of mass destruction. First and foremost, biological pathogens could be prepared and deployed such that resulting infections had barely any semblance to the natural forms of the disease. Overwhelming doses at the point of attack, and even at long distances downwind as in the case of an aerosol delivery, could be thousands of times the “lethal dose.” In such cases, the resulting disease could be so severe that even medical countermeasures such as vaccines, antibiotics and antivirals could be rendered ineffective.

Pathogens employed in combinations constitute another very significant threat, one which could be employed with devastating effects. Certain combinations of bacteria, when combined with specific toxins, were found to prevent the immune system from effectively fighting the infection. In still other combinations, the host could be infected sequentially with two or more diseases for a prolonged period of time. As with overwhelming doses, using combination agents could produce infections that did not resemble normal disease progressions, greatly complicating identification and treatment.

These lessons from the former U.S. offensive program are even more timely and relevant given advances in biotechnology and the demonstrated lack of preparedness in several recent disease outbreaks.

The rapid and growing proliferation of biotechnology has effectively ended the state monopoly on biological weapons. Such advances have dramatically increased access to biological weapons development capabilities for nations, small groups and lone actors. They have taken development and deployment from an art and science to an industrial process. What took the resources of a state to produce in 1969 can now be done by a few bio-manufacturing experts in a homemade laboratory with equipment purchased online. These trends will only continue to increase.

Such trends make nonproliferation and counter-proliferation activities even more critical as a foundation of strategic defense policy. With capabilities for offensive weapons development becoming more readily available, influencing and disincentivizing nations, small groups and lone actors from acquiring, developing, processing and deploying biological weapons becomes that much more important. In this regard, international non-proliferation activities including the Biological and Toxin Weapons Convention, and the development of national laws, policies and regulations governing biological pathogens will become increasingly more relevant in seeking to limit the development and use of these weapons.

Concerning preparedness, the stilted response to the recent Ebola outbreak demonstrates that the United States is not prepared for a significant biological attack. Numerous systemic response and recovery shortfalls have been exposed that must be remediated. Biosurveillance capabilities are inadequate. Reliable point-of-care diagnostics are not available. The “one bug, one drug” approach to medical countermeasures is highly inefficient and not viable for the range of pathogens that could be employed or the response timeliness required. Infection control in U.S. hospitals is not adequate for highly infectious pathogens. Hospitals have extremely limited surge capacity and limited knowledge for treating infected individuals. Communicating with potentially affected populations requires more thought. This list reflects just a small subset of the noted shortfalls that should be addressed in the panel's findings.

In this regard, the Lieberman-Ridge panel represents an important and timely review of the United States' biodefense posture. It comes almost a decade after the last major comprehensive government review of the issue — Homeland Security Presidential Directive (HSPD)-10, Biodefense for the 21st Century, done in the George W. Bush administration — and with a new administration on the horizon.

This commentary originally appeared on U.S. News & World Report on April 9, 2015. Commentary gives RAND researchers a platform to convey insights based on their professional expertise and often on their peer-reviewed research and analysis.