(Britannica Book of the Year) 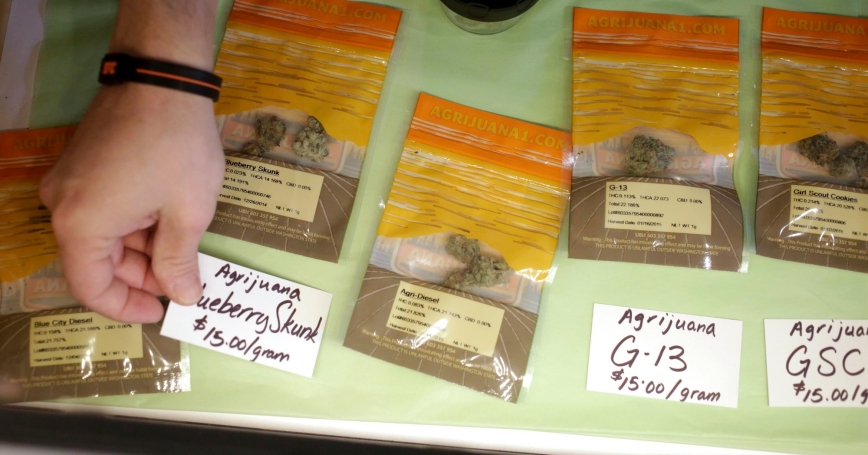 Labels with prices are placed next to marijuana for sale at the grand opening of The Cannabis Corner, the first city-owned recreational marijuana store in the country, in North Bonneville, Washington March 7, 2015

The marijuana policy landscape changed dramatically in 2014. In January the legal sale of marijuana for nonmedical purposes began in the U.S. state of Colorado. Six months later retail sales also began in Washington state. In November voters in Washington, D.C., and the states of Alaska and Oregon passed initiatives to liberalize their marijuana laws. Those changes were not limited to the U.S.; Uruguay also started implementing its new marijuana legalization law passed in 2013. Indeed, for those seeking to liberalize marijuana policies, 2014 was a breakthrough year.

Marijuana is the most commonly used illegal drug in the world. For thousands of years it has been consumed for therapeutic, recreational, and spiritual purposes. Some countries began prohibiting marijuana in the late 19th century, and by the latter half of the 20th century, most countries were signatories to international drug conventions that required that the production and distribution of marijuana for nonmedical or nonresearch purposes be prosecuted as a criminal offense.

In the United States the production, distribution, and possession of marijuana are prohibited by the federal Controlled Substances Act, which was signed into law by Pres. Richard Nixon in 1970. Under this federal law marijuana is considered a Schedule 1 drug, which means that it has “no currently accepted medical use and a high potential for abuse.” Until recently all states also had laws prohibiting marijuana. State and local law-enforcement agencies continue to make hundreds of thousands of arrests for marijuana offenses each year, despite the changing legal climate. Many of those arrests involve only small amounts of marijuana intended for personal consumption. Typically, the federal government pursues only marijuana cases that involve the possession of large quantities of the drug, growing or importing marijuana, or being caught on federal lands while in possession of the drug.

The prospect of legalizing marijuana in order to permit commercial companies or other types of organizations to produce and distribute it has remained a controversial issue. Several arguments are made on both sides of the debate. Those supporting legalization often argue that states should be collecting taxes from marijuana sales rather than allowing those revenues to enrich criminals in the black market. Legalization advocates also argue that marijuana users should not be at risk of incurring a criminal record for using a drug that proponents describe as being safer than alcohol. Those opposed to legalization argue that the increase in marijuana use resulting from legal availability and lower prices will increase dependence and other negative health consequences, such as contributing to a rise in individuals experiencing psychotic symptoms. Opponents also fear that marijuana will be marketed in the same manner as alcohol and that there will be a new industry with lobbyists who would fight against regulation and taxation (or, for that matter, that existing tobacco companies might enter this line of business)....

The remainder of this commentary is available on britannica.com.

Beau Kilmer is co-director of the RAND Drug Policy Research Center and co-author of "Marijuana Legalization: What Everyone Needs to Know," (Oxford University Press, 2012).

This commentary originally appeared in Britannica Book of the Year on April 21, 2015. Commentary gives RAND researchers a platform to convey insights based on their professional expertise and often on their peer-reviewed research and analysis.