Why the United States Needs to Be Patient with Iran 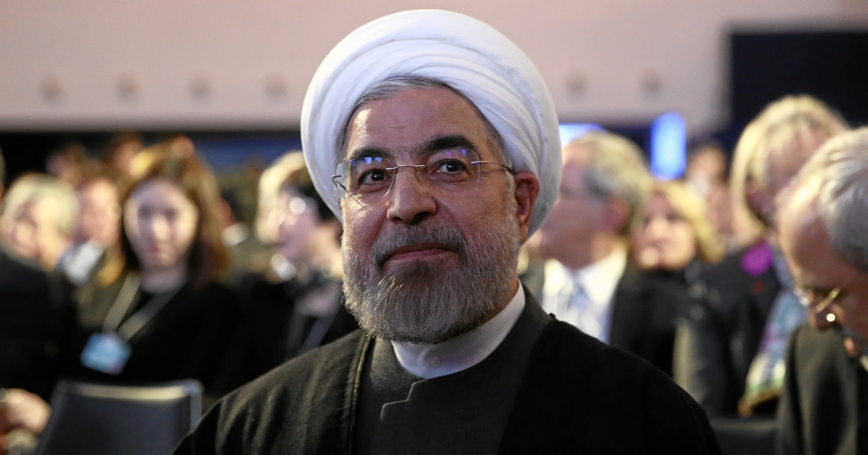 Iranian President Hassan Rouhani at the annual meeting of the World Economic Forum in Davos, January 22, 2014

The nuclear framework agreement between Iran and the P5+1 (the United States, the United Kingdom, France, Russia, China, and Germany) has a real chance of stopping Iran from developing a nuclear weapons capability. However, some critics argue that it will not change Iran's domestic politics and its policies in the Middle East. They argue that an “ascendant” Iran will become even more powerful as sanctions are eased and more resources flow into Iranian government coffers.

After all, Iran's top leadership—including Supreme Leader Ayatollah Ali Khamenei and the Revolutionary Guards—has expressed opposition to political reforms or détente with the West. And while President Hassan Rouhani has stated that a nuclear agreement will enhance Iran's engagement with the world, he is not in the best position to make fundamental changes. Nevertheless, the real hope lies not in Iran's aging leadership, but with its youthful and forward-looking people. Millions of Iranians may not have a direct say in the nuclear negotiations now, but they strive to have a say in their country's future. Their battle with an ossified political system will not be easy. But it can be won.

The focus on the nuclear negotiations tends to obscure other aspects of Iran. It is easy to forget or dismiss the role of Iranian society. But it was only recently that Iranians made a major attempt to change their country. The 2009 Green Uprising shook the Islamic Republic to its core as countless Iranians marched into the streets to protest what they saw as a fraudulent presidential election. The Iranian government responded to them with force and violence.

Iranian expectations have not changed since 2009, but many of the same people who marched in the streets five years ago are now willing to try different tactics. They still wait for real change in Iran, but with democratic efforts largely suppressed, most Iranians seem to believe that slow and incremental change is preferable to violent uprising and revolution. All they have to do is look at the instability of the Arab world around them. Iranians may be under severe economic pressure, but they still have basic security on their streets. That's why Rouhani was elected as Iran's president. Yes, he is part of old guard, but he is cautious and practical, and most importantly, has come to recognize the costs of Iran's nuclear program.

Rouhani wants Iran to be less a revolutionary cause and more a normal nation-state. He is not a liberal democrat, and he has not indicated a preference for major political shifts. And he is wedded to the same system he has served for more than three decades. Rouhani also wants to proceed slowly. And perhaps his pace will not be fast enough for the majority of Iranians. But the alternatives for Iran are few. The regime has a close grip on the country; there are no organized and viable opposition groups; and violence could lead to deeper instability if not outright chaos. For now, many Iranians are going to support Rouhani and his policies because they could make life easier, even if a little bit…

This commentary originally appeared on The National Interest on April 20, 2015. Commentary gives RAND researchers a platform to convey insights based on their professional expertise and often on their peer-reviewed research and analysis.