A Conservative Ambition for the Defence of the United Kingdom 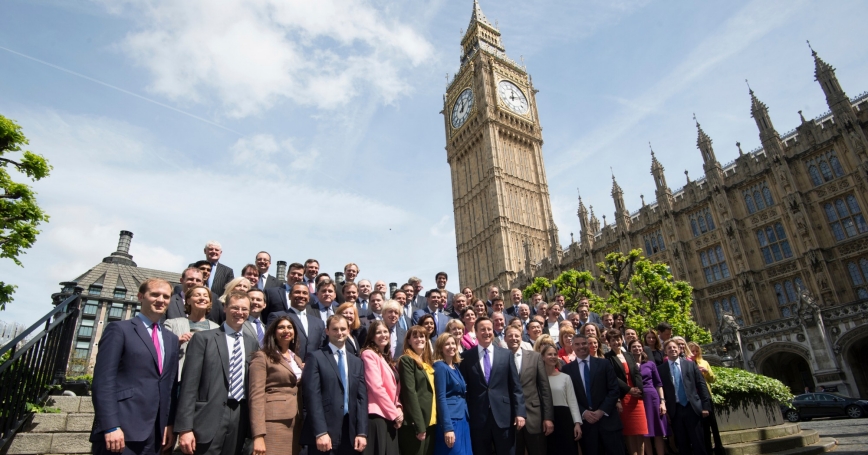 Last week's general election returned the Conservative Party with a manageable majority. It was a more decisive result than many had supposed but not as convincing or safe a position as the Conservatives would have wished. Prime Minister David Cameron has appointed the new Cabinet, and he and his colleagues are spending their first days in office articulating a policy and legislative agenda, to be delivered in the form of the Queen's Speech at the State Opening of Parliament on 27 May. Counterintuitively, the defeat of the Liberal Democrats (the Conservatives' partners in the 2010–2015 Coalition Government) could make the Queen's Speech more, rather than less, demanding for its authors. With no need to accommodate the demands of their partners, every feature of the public policy agenda must now flow from Conservative hearts, minds and pens.

National strategy and defence are certain to feature on that agenda. The National Security Council has already given approval to the cross-governmental consultation that will culminate in a revised National Security Strategy and Strategic Defence and Security Review. With such a prompt beginning, the process might even be completed before the end of this year. Michael Fallon, wrongly thought by some to be a place-holder until after the election, will continue as Secretary of State for Defence, leading his department's contribution to the strategy consultation, with particular interest in the Strategic Defence and Security Review.

Little more detail is known about the Conservatives' defence proposition for the coming five years, largely because of the informal cross-party moratorium on serious discussion of defence in the approach to the general election. That said, “Strong Leadership” — the Conservatives' election manifesto published in April — might hold some clues.

One indicator of the government's outlook is that defence and security are at least mentioned in Cameron's foreword to his party's manifesto, unlike the Labour and Liberal Democrat equivalents. Elsewhere, the Conservative manifesto makes several unequivocal (and familiar) commitments: maintaining an Army of no fewer than 82,000 troops; expanding the Reserve Force to roughly 35,000 across all three services; retaining “continuous at sea deterrence" with a fleet of four new ballistic missile submarines; and continuing with the previous government's plan to spend £160 billion on new defence equipment (including six Type 45 destroyers, seven Astute nuclear-powered submarines, and scheduled acquisitions of Type 26 frigates, Joint Strike Fighters, Apache attack helicopters and Scout armoured vehicles).

In one case, however, it might have been prudent for the manifesto to be a little less certain in its language. Given the prime minister's interest in negotiating a new working arrangement with the European Union, the manifesto's adamant certainty that the U.K. will not participate in “notions like a European Army” could prove to be undiplomatically inflexible.

Conversely, the uncertainty in other parts of the document might be more of a problem. When the manifesto refers to the U.K.'s performance against NATO's twin targets of defence spending at a rate of 2 percent of gross domestic product, with 20 percent of that sum spent on equipment, it does so in the present tense: “We are meeting NATO's two targets….” Of much greater interest and importance is whether the new government intends to continue to meet these targets, and the political and strategic consequences within NATO if it does not. And then, in the final pages of the manifesto the Conservatives claim they will maintain “Britain's strong global role” and “our world-class Armed Forces”, and “uphold our national security and project power globally.” At best, these unsubstantiated claims could be dismissed as pre-election political rhetoric. At worst — appearing as they do with little or no supporting argument or data — these claims come uncomfortably close to being strategically delusional. There is, notably, no indication as to what — if anything — U.K. Armed Forces will not be expected to do over the next five years and beyond.

National strategy can become delusional in either one of two ways. First, when the engagement with international security threats and challenges drifts towards the declaratory statements, as above, then it might be that national strategic ends are being willed while strategic means are not; a fundamental and unsustainable error. But just as national strategy ought not to proceed as though resource constraints do not matter, neither should it proceed as though it is only resource constraints that matter. The second national strategic delusion is this: that careful husbandry of strategic resources (personnel, finances, equipment) is not only a necessary, but also the sufficient condition for national strategic thought, decision, planning and implementation. The Conservative manifesto hints at both of these flaws. Yet the manifesto is what it is — a pre-election statement of intent — and too much should not be read into it.

The far more important task is to ensure that the Strategic Defence and Security Review avoids both paths to strategic delusion. Strategy is not solely about wished-for outputs, any more than it is solely about meticulously managed inputs; it is about establishing a rational and effective connection between outputs and inputs, between ends and means. Over the past five years the Conservative Party has shown not only that it can impose rigour on defence spending (many would argue to excess) but also that it can embrace the complexity and urgency of international security, in the form of the risk-based approach to national strategy presented in the 2010 National Security Strategy.

The uniquely difficult task of national strategy, which the new government must confront in the new Strategic Defence and Security Review, is that effective, durable decisions must nevertheless be made in circumstances of resources scarcity on the one hand and threat plurality on the other.

Paul Cornish is Research Group Director for Defence, Security and Infrastructure at RAND Europe in Cambridge.