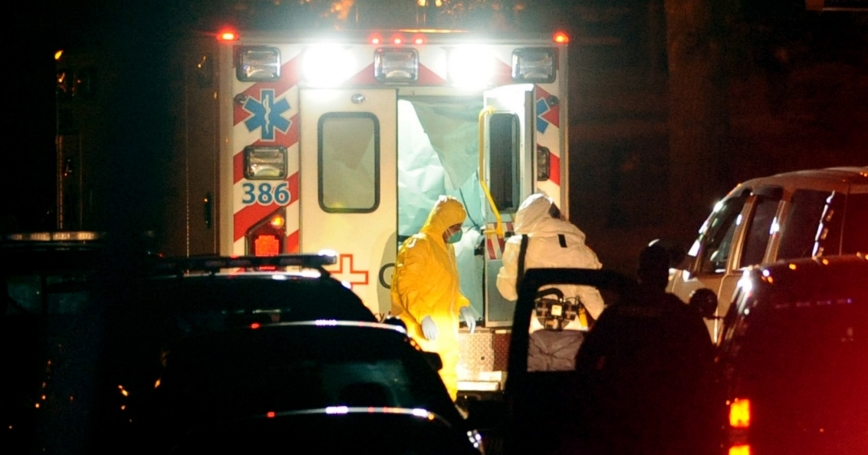 The Ebola crisis that raged last year and is now declining in 2015 again demonstrates that disease outbreaks cannot be viewed as isolated events that are neatly contained within national borders. Ebola, the efficient killer of between 25 and 90 percent of the people it infects, is just the latest in an outbreak of outbreaks, brought about by the increasingly global nature of infectious diseases.

Indeed, the world has become acquainted in recent years with an alphabet soup of deadly new health threats — SARS, H5N1, H1N1, MERS — all able to strike across great distances with the unknowing assistance of globetrotting hosts. And while much attention has rightly focused on the global coordination needed to immediately counter such outbreaks, additional, careful study as the professionals wrap up their containment efforts also will offer lasting value. Lessons learned through the analysis of this most recent Ebola outbreak as well as other disease outbreaks can have far-reaching consequences, helping authorities to both improve the continuing, ongoing response and plan for the best possible response to future threats, whether disease outbreaks, natural disasters or terrorist attacks.

This Ebola outbreak has sickened approximately 26,000 people and killed nearly 11,000, the vast majority of them in the West African nations of Guinea, Liberia and Sierra Leone. It is the largest Ebola epidemic in history — and it's not over.

But in January, Margaret Chan, director-general of the World Health Organization, said international efforts had “bent the curve” and that cases of Ebola were declining in all three countries. She added that the outbreak “has taught the world, including WHO, many lessons … about how to prevent similar events in the future.”

At RAND, we knew we could contribute to that learning too. We brought together RAND experts in medicine, public health, political science, economics and sociology, and devised a set of new tools that could help bend the curve toward mitigation more quickly and efficiently the next time the world faces a global health threat like Ebola.

For example, we created a practical tool for decisionmakers who will have to consider how well various interventions — especially new or controversial ones such as travel bans, mandatory quarantines, vaccines and mandatory cremation of those who died — are likely to work during an outbreak. The tool offers a way to assess potential interventions across a range of factors like effectiveness, cost, ease of implementation, acceptability to the public, and time frame. Displaying the findings in a color-coded table makes it simpler to see what actions are most likely to work and be acceptable to key stakeholders, and how the interventions compare to one another.

We also created a tool that could be used as a protracted crisis is unfolding to track the progress of various responses. This would enable successful efforts to be identified more quickly and disseminated or replicated, and for impediments to other interventions to be better understood and overcome—all during the response to that crisis. For example, when responses were poorly integrated by the governments of Guinea, Liberia and Sierra Leone, the WHO helped solve the problem by setting up a regional coordinating center. This was an example of a solution that worked, and one that could be replicated during future emergencies.

Next we used common statistical indicators from the United Nations and other reliable sources to help identify potential future disease hot spots. Risk factors might include a low number of hospital beds, political instability, a low rate of cellphone penetration and low adult literacy. Once potential hot spots are identified, we describe the kind of exercises that can be conducted to identify, prepare for and reduce the impact of future outbreaks.

All of this work emanated specifically from the current Ebola crisis and its deadly consequences. But each of these products could become part of a tool kit to inform decisionmakers facing other threats. Assessing the value of interventions over time and identifying the best responses during the course of a crisis could help inform responses to natural disasters like the recent earthquake in Nepal, or terrorist attacks like 9/11. Examining indicators to identify potential hot spots could enhance preparedness before threats materialize.

We also learned during our study of the Ebola outbreak that many Americans were unnecessarily frightened, greatly overestimating their chances of contracting the disease. In the United States, four cases of Ebola were confirmed; two patients were infected while traveling to West Africa and two contracted the disease while providing health care to one of those patients. One of those who contracted the disease abroad died.

Last fall, during the height of Ebola coverage in the media, National Public Radio calculated that if the number of imported cases grew to 12 and each of those patients infected two other people, the resulting chances of contracting the disease in the United States would be 1 in 13.3 million. Your odds of being struck by lightning are 1 in 1.2 million in any given year, yet many Americans were gripped by fear that they would be the next victim of the tissue- and organ-destroying virus.

Many Americans missed the message: If you hadn't traveled to West Africa or come into contact with someone who had, your chances of contracting Ebola were virtually non-existent. Misinformation and misplaced fear can lead to the “worried well” appearing at emergency rooms, needlessly consuming medical resources that would otherwise go to the truly ill. The lesson is that communication must improve when crises strike if the United States is going to avoid the needless spread of fear.

Responding to threats like disease outbreaks, natural disasters, and terrorist attacks requires effective implementation of proven strategies, thoughtful consideration of potential new strategies, and engagement of the population through clear public communications. Applying lessons learned during the Ebola outbreak is a good place to start.