Breaking Down Nuclear Waste as a Two-Part Issue 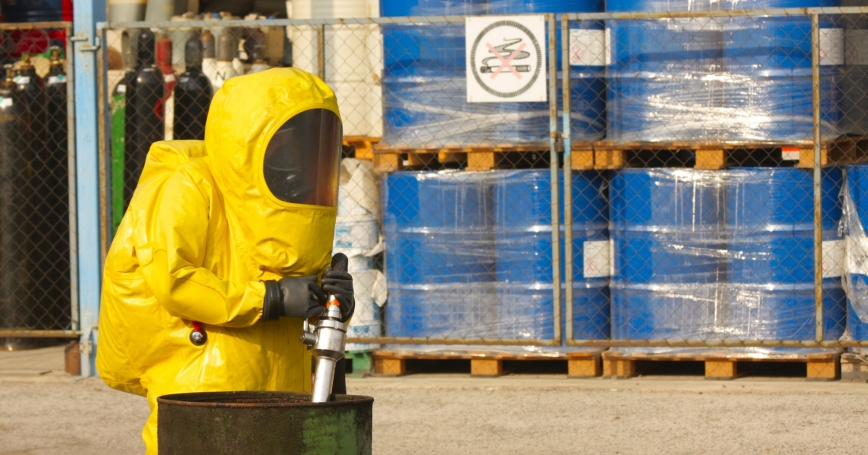 by Tom LaTourrette and Debra Knopman

U.S. Secretary of Energy Ernest Moniz recently announced two new decisions about how the nation plans to deal with nuclear waste. The U.S. Department of Energy (DOE) is beginning a search for an interim facility to consolidate and store spent fuel from commercial nuclear power plants until a permanent waste repository becomes available. It is now planning separate repositories for this commercial waste and the waste from the military's nuclear weapons production instead of disposing of both in the same repository as originally intended.

A key attribute of both of these decisions is that they decouple different parts of the nuclear waste problem from each other. One decision decouples consolidated interim storage from a permanent geological repository — allowing each effort to move forward independently — and the other decouples commercial and defense waste from a shared disposition pathway.

These are small but positive steps toward solving the nuclear waste disposal problem. Since Congress passed the 1982 Nuclear Waste Policy Act — which required the federal government to take possession of commercial spent nuclear fuel by 1998 and dispose of it along with high-level radioactive defense waste in a permanent geological repository — there have been many reasons for the lack of progress. Among these is a requirement that the DOE not take ownership of commercial spent fuel until a permanent geological repository has been licensed by the Nuclear Regulatory Commission.

Because of this coupling between interim storage and permanent disposal, the impasse over the proposed Yucca Mountain repository has prevented any progress toward the federal government's long-overdue obligation to take ownership of the commercial spent fuel and remove it from various power plant sites where it is currently stored.

The rationale for coupling an interim storage facility to a permanent repository has been a fear that any interim storage facility could become a de facto permanent storage site. However, the storage situation already has evolved into what could fairly be described as a de facto permanent solution since nearly all of the approximately 72,000 tons of commercial spent fuel generated in the United States since the beginning of commercial nuclear power in the 1950s is still stored at the nuclear power plants where it was created. Consolidating the waste at a small number of interim storage facilities could therefore hardly be construed as more permanent than the current situation.

The decoupling of defense waste from commercial waste is largely a political accommodation for states such as Washington, Idaho and South Carolina, which have large defense waste inventories that have been tied up with the fate of the proposed Yucca Mountain repository in Nevada. (Nevada has been adamant — and successful to date — in its opposition to the proposed use of Yucca Mountain ever since Congress designated the site as the sole focus of study for the nation's first high-level waste repository in 1987).

The coupling decision, which dates back to President Ronald Reagan and has been supported by all presidents since, was aimed at motivating policymakers to deal with both types of waste at the same time. The idea was that moving defense waste to a repository before commercial waste would further weaken the political will to deal with the commercial spent fuel problem. Further, because the political lift to site any repository was seen as burdensome from a public acceptance and licensing perspective and the cost of a second repository was prohibitive, only one site seemed feasible for the DOE waste program.

With the passage of time, however, there's now more waste from commercial reactors alone than can fit in a repository the size of that proposed at Yucca Mountain, and thus a secondary repository will be needed.

Convincing the public, state officials and regulators that disposing of nuclear waste can be done safely has proven to be exceedingly difficult. Public acceptance concerns are real and require respectful, open processes to gain confidence and trust among all the parties.

In light of these challenges, early decisions to couple different parts of the problem in an effort to solve it all at once and avoid the possibility of the process stalling at some intermediate stage are perhaps understandable. However, it's clear that these coupling strategies have failed: There has not been notable progress toward a permanent solution, and the DOE has effectively been stalled at an intermediate stage for decades. Removing unnecessary constraints on where and when nuclear waste can be stored in preparation for permanent disposal is a step in the right direction.

These DOE decisions are therefore encouraging, though it's premature to warrant optimism. For one thing, implementing even these small steps will require congressional action. In March, a bipartisan group of senators introduced the Nuclear Waste Administration Act, which would establish an independent agency to oversee permanent disposal of nuclear waste, establish an interim storage program and authorize the secretary of Energy to consider revisiting the initial decision to commingle defense and commercial waste. Similar legislation introduced in 2013 was the subject of a Senate committee hearing but did not receive a vote.

The road to a permanent solution is long, and there are many other hurdles to face. Decoupling these pieces and moving in smaller steps is likely to help.

Tom LaTourrette is a senior physical scientist and Debra Knopman is a principal researcher at the nonprofit, nonpartisan RAND Corporation.

This commentary originally appeared on Las Vegas Sun on May 4, 2015. Commentary gives RAND researchers a platform to convey insights based on their professional expertise and often on their peer-reviewed research and analysis.