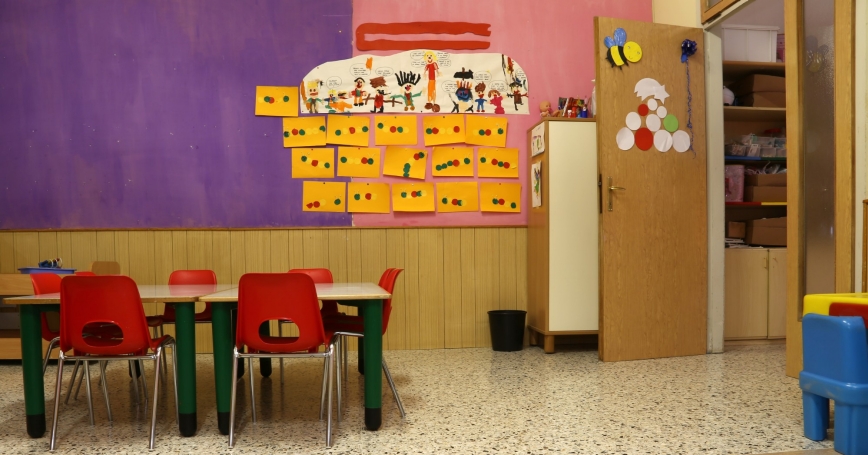 Policymakers and researchers already know that investments in society's youngest members pay dividends for societies at large over lifetimes. Now businesses are beginning to catch on.

Hundreds of millions of children under the age of five worldwide are not reaching their full potential in cognitive development due to factors such as poverty, poor health, malnutrition and lack of care. While policymakers, academics and civil society organisations in the area of health and education are engaging with this issue, Michael Feigelson, executive director of the Bernard Van Leer Foundation, has argued that there seems to be a lack of ownership of this issue by global business leaders. He points out that the way to make businesses listen is to explain the links between investing in children and business performance, acknowledging that “young children are good for business.”

So what are those links? Investing in young children is good for:

Policymakers and Civil Society Actors Are Ahead of the Game

A 1998 RAND report presented some of the original cost-benefit analysis to show that early childhood interventions resulted in reductions in government expenditures. A variety of current, evidence-based interventions to help children and families can be accessed on the European Platform for Investing in Children, which is maintained by RAND Europe to help European Union Member States implement the European Commission's 2013 Recommendation on Investing in Children.

The Organisation for Economic Co-operation and Development notes that early childhood education and care (ECEC) “has become a policy priority in many countries” and provides information on the growing body of research on the effects of ECEC. The United Nations launched the International Year of Youth in 2011, which also highlighted Youth as a Smart Investment (PDF) and called for states to make “children and youth part of their national investment strategies.” The Jacobs Foundation, based in Switzerland, describes itself as “one of the world's leading charitable foundations dedicated to facilitating innovations for children and youth” and invests in research and interventions improving outcomes for young children and youth globally.

The list of public and civil society initiatives goes on, but what about businesses?

Under the banner of “corporate social responsibility,” some global businesses already list their investments in ECEC. For example, in 2009, Volkswagen, the second biggest automotive producer, opened in partnership with the City of Wolfsburg, Germany and local business the Neue Schule Wolfsburg, a primary and secondary school with a curriculum focussed on science education. BASF, the world's largest chemical company, sponsors laboratories for school children, Kids' and Teens' Lab, claiming to reach 85,000 young people around the world in 2014 alone.

And it is not only the larger corporations that invest in ECEC. Many small local businesses also provide support, whether it is for sports or classroom activities for children and young people.

Is There Room for Business Leaders to Do More?

Philanthropy is another avenue through which businesses can invest in children. A survey of 261 companies, including 62 of the largest 100 companies in the Fortune 500, showed that cash and in-kind giving for corporate community engagement amounted to $25 billion in 2013. A separate report showed that Fortune 500 companies spend more than $15 billion on corporate responsibility per year. However, considering that the amount spent on children is a subset of these figures, and compared with the huge amount of capital and resources businesses hold globally, one could question whether the share dedicated to investing in children is actually so large.

Business leaders also have the chance to shape the way investment in young children is organised. A wider, cross-sector alliance between policymakers, civil society and business investing together in collective impact initiatives might not only increase levels of investment and the quality of initiatives targeted at young children and youth, but might also have greater potential for generating wider societal change.

Businesses should take up Feigelson's suggestion that investing in children is a win-win situation for business and society at large.

Daniel Schweppenstedde is an analyst at RAND Europe in Cambridge with a research focus on evaluation and performance management. Olga van Zijverden was formerly a stagiaire at RAND Europe's Brussels office.