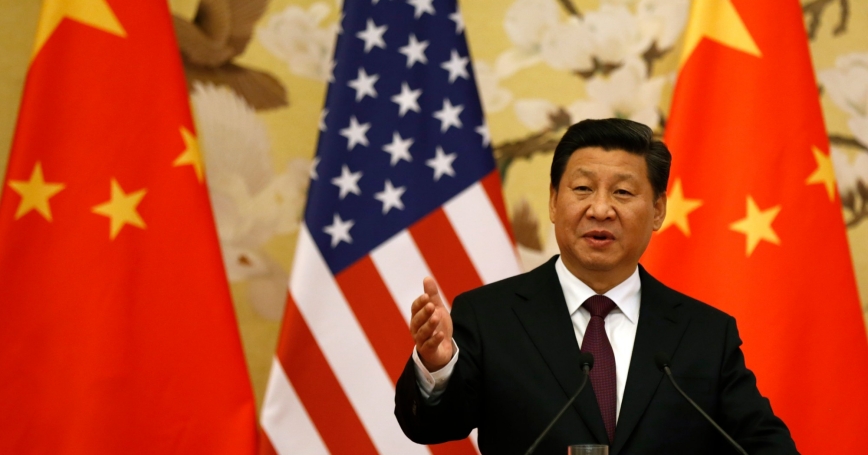 During World War I, Britain and France suffered such appalling casualties that the ability to prosecute the fight against the Central Powers seemed at risk. Desperate for the manpower to stay in the war, the Allies asked China, among other countries, for help. Although consumed by its own debilitating woes, a China frustrated by years of foreign occupation saw an opportunity to liberate the Shandong Peninsula in eastern China from German colonizers. In 1917, China declared war on Germany and offered its one formidable asset—human labor—to serve the Allied cause. More than 175,000 Chinese laborers (among them a young Deng Xiaoping) served in the Chinese Labor Corps throughout the Western front and other theaters. The laborers loaded ships, dug trenches, repaired bridges, manufactured munitions and did many other back-breaking jobs. More than 10,000 men died in service, and once the war ended, the laborers were unceremoniously packed up and sent home.

Hope that grateful Allied powers would reward China's contributions by granting recovery of Shandong Province—a German possession subsequently seized by Allied co-belligerent Japan in 1914—turned to bitter disappointment at Versailles. The Allied powers dismissed China's petition and instead awarded the former German possession to Japan, a powerful ally of the leading world power of its day, Great Britain. The crushing failure at Versailles in 1919 ignited a nationalist outcry that convulsed the nation and gave birth to the transformative May Fourth political movement. The traumatic upheaval also accelerated the country's breakdown, leading to decades of civil war, chaos and, eventually, the founding of the People's Republic of China under the dictatorship of the Chinese Communist Party.

Generations later, China's leaders continue to mark the May Fourth movement as a turning point that set the stage for the country's intellectual liberation and entry into the modern world. Every year, the general secretary of the Chinese Communist Party makes a speech commemorating the event. While Chinese remembrance of the movement underscores the imperative of modernization, May Fourth may also serve as a profound lesson on the humiliating futility of acting on global issues from a position of weakness. An enfeebled China's attempt to help Great Britain and its allies defend an international order from the Central Powers merely resulted in the exploitation of China's weakness by the same Allied powers once the war had ended.

Nearly a century later, the world's superpower, the United States, and its allies, burdened by economic and political troubles and confronted by a bewildering array of global troubles, have once again turned to the Chinese for help. Since at least 2005, U.S. leaders have repeatedly called on China to “contribute its fair share” and to help maintain the global order. Western leaders have correctly pointed out how much China has enjoyed free riding on the efforts of the United States and its allies to maintain world order. With its coffers flush from decades of rapid growth, China seems well positioned to contribute more to pressing global problems; it has the world's second-largest economy. Moreover, Western analysts have long argued that greater cooperation between China and the United States to address common threats could enhance trust and build stable relations. This is the logic underpinning the argument for China to become a “responsible stakeholder.” The argument assumes that if Beijing contributed more to combating commonly shared threats, such as nuclear proliferation, North Korean provocations, terrorism in the Middle East, and climate change, the world would benefit—and China and the United States would enjoy healthier, more cooperative relations.

For years, China resisted such demands. It argued that its priorities lay elsewhere as a developing country, citing in particular problems of poverty, inequality and an overall low level of development. Even when it became indisputable that China had benefited enormously from the economic system and global stability upheld by the United States and its allies, a wealthy and secure Beijing showed little interest in underwriting U.S. wars or supporting policies to enforce that order. Japanese “checkbook diplomacy” to help bankroll the first Gulf War may not have earned it much international influence, but Tokyo at least had the benefit of remaining allied to a global superpower that could look after its interests. China has no such option and remains diplomatically weak and isolated. Consequently, Beijing has for decades accepted the price of relying on the United States to provide the regional stability needed to enable the country's focus on national development as the regrettable and unavoidable cost of focusing on its own national interests…

Timothy R. Heath is a senior international defense research analyst at the nonprofit, nonpartisan RAND Corporation. He is the author of the book, China's New Governing Party Paradigm: Political Renewal and the Pursuit of National Rejuvenation.

This commentary originally appeared on The National Interest on May 21, 2015. Commentary gives RAND researchers a platform to convey insights based on their professional expertise and often on their peer-reviewed research and analysis.