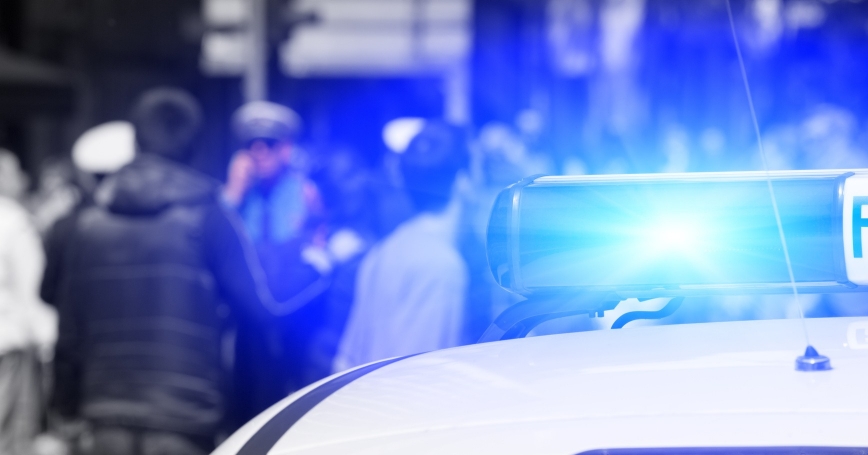 The “Strengthening Police-Community Trust” panel held Wednesday at RAND's Pittsburgh offices felt ripped from the headlines, and from the outset the discussion was focused on what the moderator called “the intersection between the community and the police.”

“Criminal justice is a large topic. We're going to bite off a small piece of it,” said moderator Frederick W. Thieman, president of the Pittsburgh-based Buhl Foundation and a former U.S. attorney for the Western District of Pennsylvania.

Brian A. Jackson, director of the RAND Safety and Justice Program, addressed the work of the President's Task Force on 21st Century Policing, which examined the issue of trust and police-community relations. President Obama appointed the commission in December in response to unrest in Ferguson, Mo., Thieman said. A white police officer fatally shot an unarmed black teenager in the city last August.

The commission—made up of law-enforcement leaders, researchers, members of community groups and civil rights attorneys—looked at issues of technology and police strategy through a tight 90-day window, said Jackson. He is the author of a newly published RAND report, Respect and Legitimacy—A Two-Way Street: Strengthening Trust Between Police and the Public in an Era of Increasing Transparency.

After nearly a dozen listening sessions and teleconferences, the commission's report, now being finalized, contains about 60 recommendations for action that address such issues as the philosophy behind policing, training, and the use of technology.

The two other panel members were Pittsburgh City Councilman R. Daniel Lavelle, chairman of the city's Committee on Public Safety Services and vice chairman of the Urban Redevelopment Authority Board; and Pittsburgh Police Chief Cameron S. McLay, a veteran of the Madison, Wis., SWAT team and a former leadership development consultant for the International Association of Chiefs of Police.

The hourlong discussion explored data-driven decisionmaking, procedural justice, and combatting implicit and unconscious bias. Fittingly, the panel was held in Pittsburgh, which was recently chosen as a pilot site for the Department of Justice's National Initiative for Building Community Trust and Justice.

All three panelists emphasized that it is important for a police force to reach out to the community, to interact with a cooperative spirit, to listen and act with respect and fairness, and to understand the value of fostering trust day in and day out, so that trust doesn't break down when there is a crisis.

“We need a police force that's not coming into the community to manage it,” said Lavelle, “but rather work with it.”

Jackson pointed out that “there is a body of work, based on concepts like procedural justice, that provides a path to bring police and the community together to talk through these issues.”

McLay said he is an advocate of internal procedural justice for police, to build morale and model the approach. He told a story about a member of a committee he assembled in Madison to advance police-community trust, who told him, “My advice to you is don't try to deal with community trust until you get your own house in order. You need to deal with your own trust gaps within your own organization, because your officers will treat us no better than you treat them.”

The community also has a role in building trust, Lavelle acknowledged. “The community has to understand—and the vast majority do—the police are here to help you, to work with you, not to fight you,” he said. “The community has to step up. I often lean toward our faith-based community to provide that leadership.” He also promotes increased sharing of data between government, police and citizens as a way to increase understanding and cooperation.

Part of the paradigm shift that occurred in policing over the last couple of decades involves officer safety, according to McLay. “This idea that 'we've got to be really well trained to be really safe, because it's a really dangerous job,' has gotten us to where we talk about the 'warrior mentality,'” he said. “Too much got borrowed from the military model.”

McLay praised the New York Police Department's Community Partner program, which matches officers newly assigned to the community with a mentor-guide from the neighborhood who helps them become familiar with the area. That's one way “to shift the paradigm,” McLay said. “To have a partner who'll build that understanding, that appreciation, that this community can help” the police be successful.

Throughout the country, police agencies are struggling to find qualified minority candidates, McLay said, “probably in no small part because of some of the trust gaps that exist between our communities of color and policing. People simply look at us and say 'I don't want to be part of that.' And I'm hoping that our message to them is resonating: 'Please come—we'll be better when you're here. Help me change it from the inside.'”