How to Solve the Mediterranean's Migrant Crisis 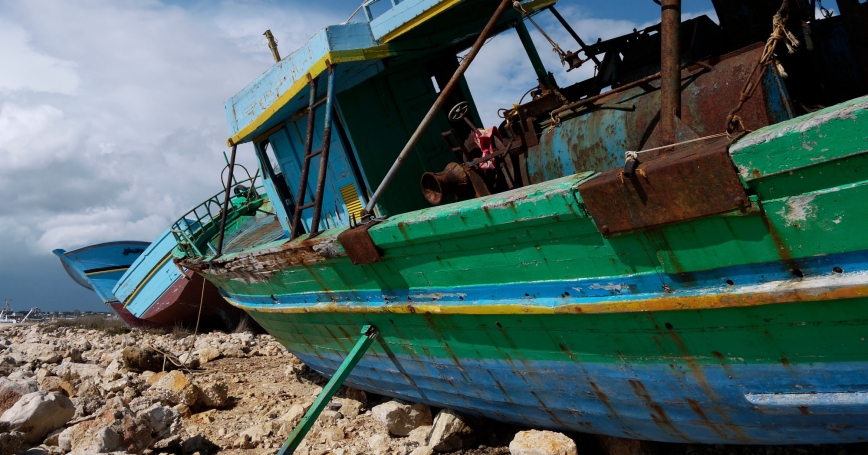 Migrants' boats on the Mediterranean island of Lampedusa

More than 1,800 migrants have died in the Mediterranean Sea this year. Most have perished between Sicily and Libya. The North African country is a gateway to Europe for those fleeing war-torn areas like Syria. It's also struggling with internal strife of its own.

More than 800 of the 1,800 migrants died when a crowded fishing boat capsized in April. It was the deadliest event in Mediterranean waters this century.

RAND senior analyst and Italian Navy veteran Giacomo Persi Paoli has firsthand experience rescuing migrants. With the EU exploring its options, he discusses what it will take to prevent more deaths and fix the region's crisis.

The EU recently approved a naval mission to destroy smugglers' boats before they leave the shore. What do you expect this to do?

Destroying the vessels could contribute to reducing illegal migration and impact the business model that makes smuggling so profitable. We've seen this tactic work before. In Somalia, international task forces disrupted boats onshore, contributing to a decline in piracy.

What kind of comprehensive strategy would be effective?

I keep coming back to the naval campaign around Somalia. There, an international task force patrolled waters and destroyed pirates' vessels. It also coordinated with other countries in the region and helped build capacity.

What role would regional coordination play in this instance?

There are three key reasons to engage in regional coordination efforts. First, information sharing and cooperation can help dismantle criminal networks and organizations, including the processing, trial, and detention of arrested smugglers. Second, assisting with interventions in countries of origin and countries of transit can address the root causes of the phenomenon. Third, supporting the processing of legitimate refugees and asylum seekers offers migrants a legitimate alternative to the “trips of hope” that fuel criminal networks. Jean-Claude Juncker, president of the European Commission, summed this up recently: “If we close the door to all, people will come in through the windows.”

The EU has mentioned partnering with Libya. But there are currently many governments there. How would this work?

Libya lacks a national government. It's also dealing with internal struggles for power and growing pressure from terrorist groups like ISIS. For these reasons, I think it would be difficult to engage in stable and constructive cooperation with Libya.

The EU's strategic goal is to support the establishment of a national government in Libya. In theory, this would lead to Libyan ownership of the country's challenges. But this seems like a mid- to long-term goal, not an immediate possibility. All of this makes regional cooperation even more important.

What else should casual observers know about the situation in the Mediterranean?

It's unique, because it touches on the sensitive issue of European solidarity. EU member states must unite on resettlement, relocation, and processing of legitimate asylum applications.

I'm not sure if this will happen. The Special Meeting of the European Council on April 23 may have marked a key turning point in this story. But we've seen opposition to a quota system to spread the burden beyond Europe's southern shores. If a shared solution were to be reached, it would require sacrifices by additional members.