Peacetime Fuel 'Tankering' Could Save $25 Million Per Year 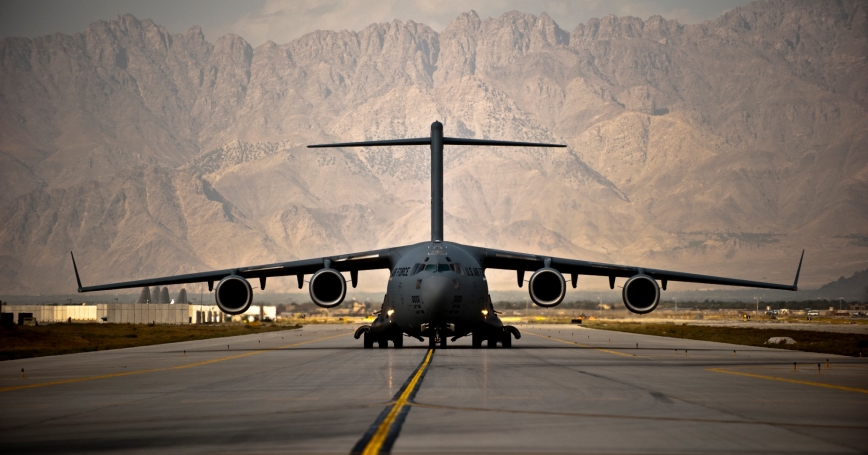 by Christopher A. Mouton

Jet fuel accounts for about half of the petroleum used by the U.S. Department of Defense (DoD). Faced with declining budgets, the U.S. Air Force has sought ways to reduce its fuel costs. One promising way to do so might be through peacetime fuel “tankering,” but DoD accounting systems currently make tankering infeasible during peacetime.

Commonly used by commercial airlines, fuel tankering involves carrying excess fuel on an aircraft when flying from origins where fuel is less expensive than at the destination. By purchasing fuel at cheaper locations, tankering can decrease the overall fuel cost—even after accounting for the extra fuel burned by flying at heavier-than-required weights. In recent overseas conflicts, most notably Afghanistan, the U.S. Air Force's Air Mobility Command (AMC) has reaped major cost savings through fuel tankering, because fuel prices in, say, Afghanistan have been up to three times as expensive as elsewhere.

Outside of conflict areas, fuel prices tend to vary less, which means the opportunities for savings are less during peacetime. However, significant savings can still be achieved. While tankering fuel to a conflict zone such as Afghanistan is almost always cost-effective, the story is more complex outside regions of conflict because of the way fuel is purchased and resold within the DoD itself.

The Defense Logistics Agency (DLA) purchases fuel on behalf of the entire defense department at fluctuating market prices but resells the fuel at fixed prices to customers such as AMC. DLA offers these fixed prices to provide its customers with predictability for their own planning and budgeting. The DLA price depends on the source airfield, and currently, DLA charges four standard prices. This simplified pricing scheme can lead to a misalignment of incentives: Whereas DLA and DoD would recognize savings based on the fluctuating differences between actual market prices, AMC would perceive savings based on the fixed differences between the four standard DLA prices.

RAND research found that these misaligned incentives could lead to misaligned results. For instance, AMC tankering decisions based on DLA's standard prices in peacetime would indeed save AMC $8.6 million annually but would cost DLA $11.9 million, resulting in a net loss of $3.3 million for DoD as a whole. Conversely, if AMC made decisions based on peacetime market prices but still paid DLA its fixed prices, AMC would lose $31.1 million annually, whereas DLA would gain $56.5 million annually, resulting in net savings of $25.4 million for the department overall.

Such contrasting outcomes do not occur for tankering into Afghanistan because the DLA prices tend to correctly signal the market price differentials between regions of conflict and peace. But in general, the fixed DLA prices fail to signal the true differences in market prices between refueling locations. These incorrect DLA price signals might lead AMC to believe that tankering could save money overall on certain routes, even though the market prices would lead to the opposite conclusion; conversely, basing AMC decisions on the actual market prices could result in a net cost increase for AMC.

To maximize the savings for DoD, two changes are needed. First, DLA needs to share its market price information so that AMC can base its tankering decisions on actual market prices. Second, an internal compensation mechanism is needed to shift some of the overall savings back to AMC. For example, in the case described above, shifting $40 million of the $56.5 million in savings to AMC would leave both AMC and DLA budgets with large annual savings. Of course, there would be no need for a compensation mechanism if DLA simply charged market rates, but this would complicate the annual planning and budgeting processes throughout the department.

The U.S. Air Force should work with DLA to provide market price information to AMC so that it could generate maximum peacetime savings through tankering. Then, an internal compensation mechanism should be established within the DoD to reimburse AMC with enough of the savings to maintain its incentive to tanker fuel based on market prices.

Christopher A. Mouton is an engineer at the nonprofit, nonpartisan RAND Corporation. This commentary is based on the forthcoming Project AIR FORCE report, Tankering Fuel on U.S. Air Force Transport Aircraft: An Assessment of Cost Savings. Mouton has briefed these findings to Air Mobility Command's Fuel Efficiency Office and Director of Operations.