The Death of Hostages and High-Flying Illusions 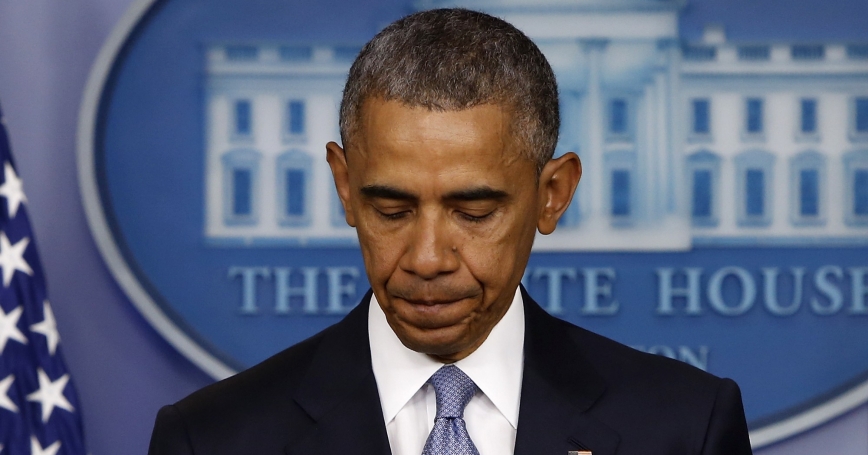 In his public announcement of the January drone strikes in the Afghan-Pakistan border region that killed al Qaeda leaders and militants — and two Western hostages — President Obama spoke of “near certainty” in eliminating the risk in carrying out such an operation. Considered just this side of a slam dunk, “near certainty” still implies a high level of confidence, but remains an imprecise term. How far from certainty can something be and still be called near? Can intelligence about the disposition and composition of the enemy ever offer near certainty?

The public discussion of these American air attacks has focused on whether the United States should continue drone strikes, whether Obama should have apologized for the death of the hostages and — plugging in to an obsession of the American news media — how this international incident may affect domestic politics. None of those criticisms or observations are on point. The issue is risk.

Risk is unavoidable in fighting war or terrorism. Military operations target enemy combatants, but soldiers are sometimes felled by friendly fire and civilians ostensibly on the sidelines become accidental targets. It is unrealistic to believe that such tragedies can always be prevented. Risks can be reduced but never entirely eliminated.

Historical statistics can be slippery. Armies throughout time have kept only rough track of the number of soldiers killed by friendly fire. And without detailed forensic investigations, which are impossible to carry out on the battlefield, it is often hard to pinpoint how someone died.

Improvements in weapons and training are often cited as the reason for the decline. But even as late as the Gulf War in 1991, 23 percent of the 615 American battle casualties resulted from friendly fire. This high percentage may reflect the very low overall number of American casualties and the significant impact of a few deadly events. Eleven Marines were killed by an American airstrike and 57 American soldiers were wounded by friendly fire during a single fierce tank battle.

Over the last 20 years, casualties in friendly fire have been significantly reduced because of technological advances in precision-guided weapons systems. In the war in Afghanistan, the officially reported figure was less than 2 percent, and in the Iraq War, the figure dropped to less than 1 percent — although some critics suggest that the dramatic improvement merely reflects changes in how such casualties are reported.

Critics have jumped on Obama's public statement about the January airstrikes as one more in a string of too many presidential apologies. This is political mischief. In his remarks, the president apologized to the families of the hostages. This is appropriate; our leaders should admit to and apologize for mistakes. The president was not apologizing for America's efforts to disrupt and destroy terrorist command by eliminating their leaders.

Whether this strategy is effective is a separate question. The just-revealed deaths of the two hostages gives critics new ammunition to attack the use of drones to fight terrorism. Drone strikes kill innocents, fuel anti-Americanism and contribute to radicalization of new terrorist recruits.

Defenders of drone strikes can point to research showing that they lead to the death or capture of militant leaders, reduce terrorist attacks and end terrorist campaigns more quickly.

Al Qaeda's leadership has undoubtedly been weakened. To avoid American airstrikes, Osama bin Laden hid outside of Pakistan's tribal areas and sent his own lieutenants out of the area. This reduced the terrorist organization's ability to attack. The January strikes were aimed at the newly created al Qaeda in the Indian Subcontinent. A week ago, the group confirmed that drone strikes had killed 50 of its members.

Critics of drone strikes point to their failure to halt the spread of jihadist ideology across Africa and the Middle East and the emergence of new threats like those posed by the Islamic State in Iraq and Syria (ISIS). But few, if any, would assert that drones themselves would defeat the terrorist threat. Armed drones are weapons, not a strategy.

The threat of drones can drive terrorist leaders underground, reduce their ability to assemble or communicate and thereby degrade and disrupt terrorist operations. The recent proliferation of jihadist formations is a consequence of the turbulence caused by relatively recent uprisings that have swept across the Arab world: the chaos following the overthrow of the Libyan leader Moammar Gadhafi, the civil war in Syria and sectarian tensions in Iraq. None of these things happened because drone strikes failed.

Jenkins is a senior adviser to the president of the nonprofit, nonpartisan RAND Corporation and the author of The Dynamics of Syria's Civil War.

This commentary originally appeared on The Hill on May 4, 2015. Commentary gives RAND researchers a platform to convey insights based on their professional expertise and often on their peer-reviewed research and analysis.