Who Runs the Islamic State Group? 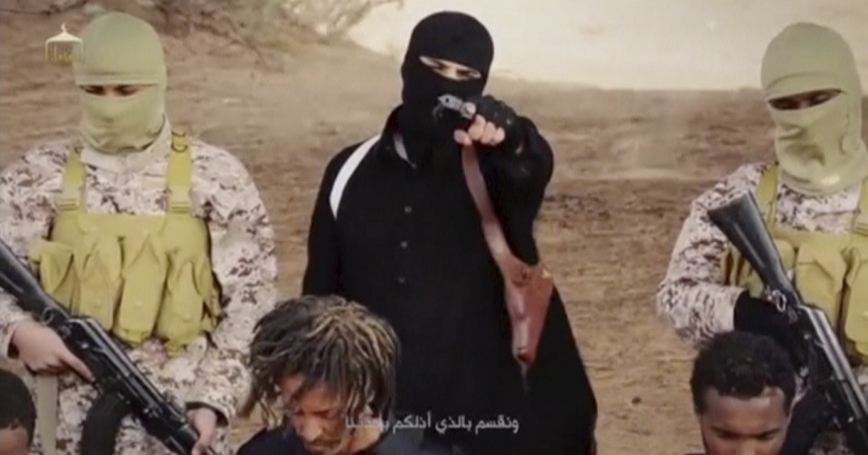 A still from video purportedly of Islamic State militants, posted to social media sites on April 19, 2015

But this story woefully misinterprets the facts.

The group that evolved into the Islamic State group was formed, trained and indoctrinated in al-Qaida-sponsored training camps in Afghanistan in the late 1990s. There, Abu Musab al-Zarqawi, a Jordanian, founded a Salafi-jihadist organization named Jamaat Tawid Wal-Jihad. Zarqawi's group moved to Iraq in 2002 and became al-Qaida's official arm in Iraq in 2004. The internal documents of both core al-Qaida and al-Qaida in Iraq show that their goal was to establish an Islamic state. These documents also show that al-Qaida's organizational principles were directly handed down to the Islamic State group.

Zarqawi was killed in a U.S. airstrike in mid-2006. But al-Qaida's plan to establish an Islamic state with the “intended goal … of a caliphate” moved forward: al-Qaida in Iraq and a coalition of other Sunni jihadi groups in Iraq formally declared the “Islamic State of Iraq” even before the U.S. surge began in 2007.

Sectarian and ideological differences will continue to make any sort of peace settlement difficult in Iraq; the Islamic State group talks the talk of a Salafi-jihadist group, and it walks the walk of one too. There may be former Baathists in leadership positions inside the Islamic State group, but it's likely that they only now seek Sunni nationalism through the vehicle of jihadi domination.

There is no hope of trying to negotiate with the Islamic State group, nor is there much hope of finding political fissures to manipulate inside of the group. The skill and depth of the Islamic State group's security forces also make it difficult to imagine how winning the minds of locals could really turn the tide.

But there is hope that the Iraqis can militarily defeat the group in Iraq and the coalition can help to contain it within Syria. The United States and its coalition partners can also help to empower moderate Syrian militants to chip away at the Islamic State group's areas of control. If the Iraqi government handles the military campaign prudently and makes the political concessions that Iraq's Sunnis demand, the Sunni communities of Iraq and Syria may eventually be able to stand up and resist the Islamic State group's control. And with luck, the slow demise of the Islamic State group in Iraq and Syria will degrade its global brand, helping to eventually sweep the group to where it belongs: the dustbin of history.

Benjamin Bahney is an adjunct researcher at the nonprofit, nonpartisan RAND Corporation and author of An Economic Analysis of the Financial Records of al-Qa'ida in Iraq. Patrick Johnston is an associate political scientist at RAND.

This commentary originally appeared on U.S. News & World Report on May 22, 2015. Commentary gives RAND researchers a platform to convey insights based on their professional expertise and often on their peer-reviewed research and analysis.