After Attacks in France, Tunisia, and Kuwait, West Must Do More to Fight Surge of Terrorist Attacks 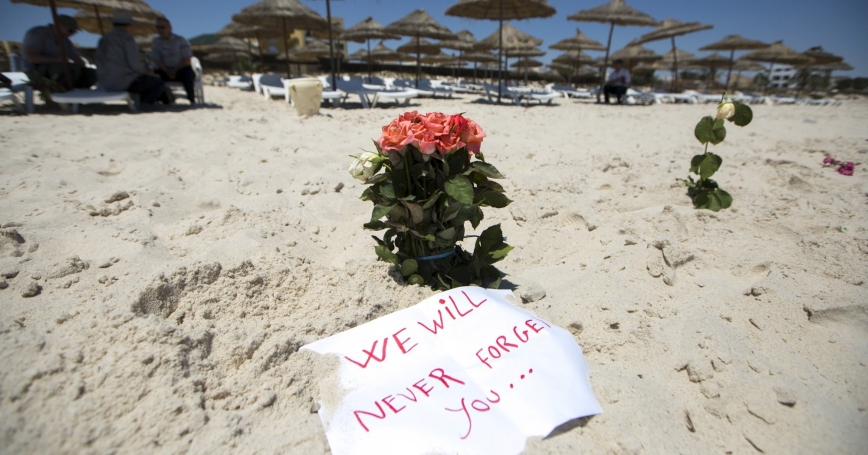 Flowers at the beachside of the Imperial Marhaba resort, which was attacked by a gunman in Sousse, Tunisia, June 28, 2015

The bloody terrorist attacks that left more than 50 people dead in France, Tunisia and Kuwait are just the latest warnings that the Islamic State is turning its deadly campaign into a global enterprise. Stopping it will require an equally broad-based campaign.

The slaughter came just days after the Islamic State called on far-flung backers to carry out attacks during the Muslim holy month of Ramadan. These tiny freelance conspiracies are difficult to detect since those who respond to the Islamic State's calls to action are probably homegrown, perhaps jihadis who have come marching home after fighting for the Islamic State in Syria and Iraq.

The attacks in Tunisia and France each involved only one or two attackers, little planning, no sophisticated weapons — automatic rifles, a car rammed into an entranceway, a large knife — spasms of deadly violence within the range of just about anyone. The suicide bombing in Kuwait was a bit more sophisticated, but hardly beyond the means of a jihadi determined to carry it out.

The coalition bombing campaign is now in its ninth month over the battlefields of Iraq, but that won't do much to bring an early end to attacks by homegrown terrorists. France is particularly vulnerable as it attempts to monitor hundreds of people who have returned from Islamic State battlefields, or are preparing to go. The U.S. and its Western allies need to redouble efforts to keep track of people who may have been hardened by battle on behalf of the Islamic State. And they need to do everything possible to counter the group's successful global recruiting program.

This commentary originally appeared on New York Daily News on June 27, 2015. Commentary gives RAND researchers a platform to convey insights based on their professional expertise and often on their peer-reviewed research and analysis.