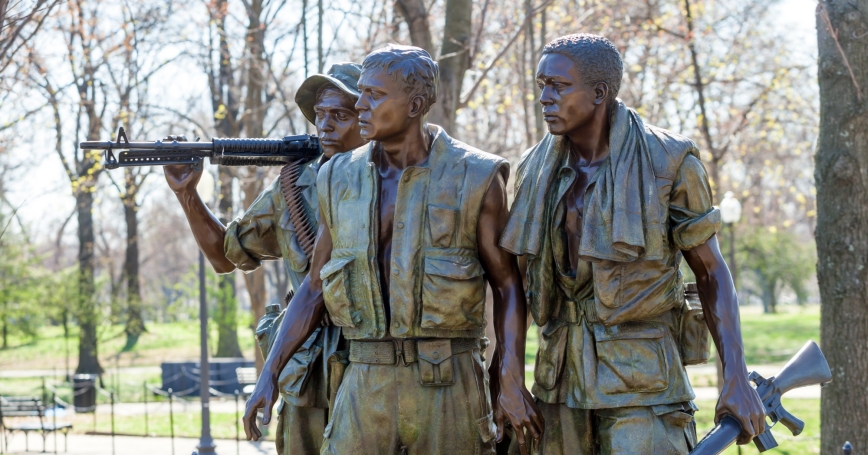 It is more than fifty years since Frank Scotton arrived in Viet Nam in 1962 as a newly minted officer of the United States Information Agency (USIA). He would spend years in Viet Nam on a first tour and would repeatedly return to Viet Nam right up until its fall. Only now after retiring from USIA in 1998 as Assistant Director for East Asia has he produced his memoir and reflections.

Scotton came to Viet Nam at a time when the Americans were still trying to figure out what to do and “there was (relative to what came later) absence of doctrine, organizational rigidity, and placement within boxes from which there could be no escape.” (p. x) The United States Information Service (the overseas arm of USIA) in Viet Nam was itself charged not only with telling America's story with reading rooms and news releases but also assisting the Vietnamese government's own Vietnam Information Service (VIS) as well as propaganda, and psychological operations.

Scotton was drawn to Ev Bumgardner, the head of USIS field operations. Bumgardner offered a critical point of view (“In this country mistakes are never corrected, they just accumulate and fester” (p. 13)) and travel tips: “Your weapon should always have a folding stock for concealment and easy use from a vehicle.” (p. 370) Most importantly, Bumgardner sent Scotton into the field to “perceive, engage, report.” (p. 27) With Bumgardner's guidance, Scotton was soon consorting with John Paul Vann and other field operators, both Americans and Vietnamese like Nguyen Be and Tran Ngoc Chau.

In a country where 90% of the population was described as “non-city” in the Area Handbook, there was very little American—or for that matter South Vietnamese—government understanding or interest in what went on in the hamlets where this population lived. Scotton initiated the Long An Hamlet Survey (whose interview guidance is included as an appendix) to try to find out. Scotton came to recognize the crucial question of whether the government and its American backers were inside the hamlet pushing out or outside the hamlet pushing in. In all too many cases, the answer was outside pushing in, either ineffectually or indiscriminately and destructively. Scotton's efforts such as the Quang Ngia People's Commandos and the Armed Political Action Teams tried to both get into the hamlets and to produce a political effect once there. Of course, the Viet Minh established their first Armed Propaganda Teams in 1944, so the adversary had a bit more experience at getting to the hamlets with a message.

In practice, such programs could begin as very small, local efforts with the potential to be grabbed, enlarged and extended to wider regions—the CIA was a big player in this world with rapid access to resources including weapons and funds. There was always the difficulty of scaling up a small effort run by motivated participants to something general and less selective in its personnel demands and requiring Vietnamese ministerial sponsorship of some sort.

Scotton was not just a field man. He shared in the preparation of some of the key in-country policy documents. He was one of the authors of the “Harnessing the Revolution” paper that appeared over John Paul Vann's name and helped make Vann's reputation back in the Washington policy world. Scotton gives the background on the paper's opening epigram: “Man is so made that he never whole-heartedly risks his life fighting for just a lesser evil, he may willingly die for an illusion.” Under Deputy Chief of Mission George “Jake” Jacobson, Scotton was also one of the seven acknowledged study group members (including Daniel Ellsberg) who prepared the report of the inter-agency “Roles and Missions” study group in 1966. Looking back from our present experiences, the study group's recognition of the role of corruption stands out among many notable recommendations and observations:

“There is a deadly correlation between corruption at high levels and the spread throughout the system of incompetence, as higher-ups encourage and promote corrupt subordinates, and protect them from the consequences of poor performance of duty or direct disobedience of orders. Such a system demoralizes and 'selects out' the able and the dedicated who do not play the game, and thwarts any attempts at reform initiated at intermediate levels. There is no escape from the requirement that reform, unlike revolution, must start at the top.” (p. 181)

Somewhat later, Scotton would work for William Colby (then the head of CORDS), and Scotton would be responsible for the files on Vietnamese corruption and incompetence intended to provide leverage in removing bad district and province chiefs. The leverage issue was more complicated in practice than having a damning dossier. American efforts during his time “were really only occasionally pulling or transplanting a weed.” (p. 263) And these efforts were never successful when directed against a senior officer.

Scotton does not see Colby's inability to solve Vietnamese corruption as a personal failing. Scotton worked closely for both Robert Komer and William Colby and appreciated them both, then and now. Although he writes some of his descriptions of people may be “severe,” (p. viii) there does not seem to be any gratuitous score settling, and it is certainly not a principal motivator for the book. Bumgardner is repeatedly acknowledged for his guidance and support. Many of his other contemporaries are credited and acknowledged. Back in the day, Scotton seems to have had little regard for USIS's Douglas Pike and his “turgid tome” (p. 439; Viet Cong: The Organization and Techniques of the National Liberation Front of South Vietnam, M.I.T. Press, 1966). Despite that impression, Scotton has designated any proceeds from his book go to the publisher Texas Tech University “in appreciation for the university's maintaining the Vietnam Center and Archive,” Douglas Pike's creation.

The book is a personal story, but the most personal elements—some lethal walks into the bush, divorce, hepatitis, dengue fever, bungled romance, the occasional bullet through the windscreen, marriage—are noted, not dramatized. Only the desperate attempt to recover FSO Douglas Ramsey in the first days of a captivity that would stretch to seven years is dwelt on at any length. Given so much suffering for such outcomes, sadness is unavoidable, but it is not the dominant narrative, that stays focused on the work at hand whether field operations or policy formulation.

There are some pitfalls for the reader, particularly one unfamiliar with the vocabularies and gazetteer of the Viet Nam War. It is easy to mix up terms like Nghia quãn (Popular Forces) with Quang Ngai (southernmost province in I Corps as well as the name of its capital), so a reader should check back often to keep track of Vietnamese expressions and to the appendix of abbreviations and terms for the equally exotic language of the USG and military. There are no maps at all, and Scotton frequently refers to districts by name without identifying their province. (For those who need maps, Texas Tech's Vietnam Center's Virtual Vietnam Archive has the pamphlet, South Vietnam: Provincial Maps from 1967.)

This is not just a book of reminiscences for those who can remember the place names all too well or a source for graduate students looking to acquire a few footnotes. For those who want to appreciate the difficulty of recognizing what is going on in a violent conflict in a foreign culture, Scotton describes what he saw and heard from different sources and how he tried to affect policy outcomes in light of that knowledge. A few clicks at the Vietnam Center's Virtual Vietnam Archive can pull up the once SECRET-NOFORN 1966 Roles and Missions paper or “Harnessing the Revolution.” There is a lot to be learned in comparing Scotton's description of what was thought and what was eventually translated to policy recommendations.

This book is worth the time of anyone who wants to gain a more sympathetic understanding of Viet Nam at the working level when everything now known about Viet Nam was still in the future.

James T. Quinlivan is an adjunct operations research analyst at nonprofit, nonpartisan RAND Corporation. At various times, he has been vice president of RAND's Army Research Division and program director for Strategic Forces in Project Air Force. He served with the U.S. Army in the Central Highlands of Viet Nam.

This commentary originally appeared on American Diplomacy on May 1, 2015. Commentary gives RAND researchers a platform to convey insights based on their professional expertise and often on their peer-reviewed research and analysis.