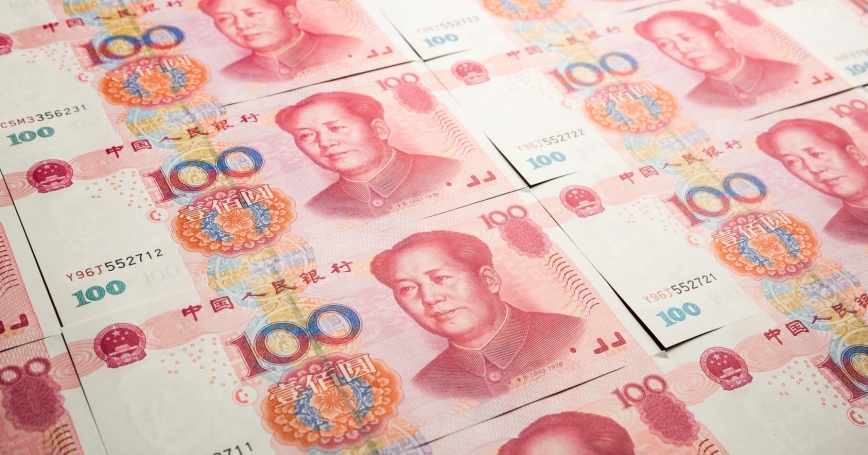 China's foreign aid programs are distinguished by size (much larger than those of other countries), breadth (encompassing 92 emerging-market countries in six geographic regions), and composition (focused on mining and exports of natural resources and supporting infrastructure). They are also unique in their accompanying quid pro quo conditions: For example, increased production and exports of mineral resources are explicitly consigned for delivery to China—payback conditions characteristic of commercial investments rather than bilateral foreign assistance.

China's pledged assistance in the past six years varied from a low of $91 billion (2012) to a high of $317 billion (2013), with an annual average of $174 billion. By way of comparison, U.S. foreign economic assistance in 2012 amounted to $37 billion, including aid for economic development, international narcotics control, international refugees, and children's survival programs. Notably, U.S. aid represents appropriated funds provided as grants, while Chinese aid mainly represents pledges to lend. Security assistance is not included in either country's figures.

How the pledges are divided—by type and among regions and countries—provides a crude indication of China's purposes and priorities. Seventy-five percent are devoted to natural resource (mainly oil, gas, and coal) and infrastructure projects. Some infrastructure (such as roads, rail, warehousing) directly supports the resource projects, while other infrastructure (schools, office buildings, housing, stadiums) is separate. The remaining 25 percent include medical supplies and services, humanitarian aid, technical assistance, and training.

China's ministry of commerce—ostensibly the lead agency among the several that oversee these programs, including the foreign ministry, state-owned enterprises, and perhaps the People's Liberation Army—divides recipient countries into six regions. The regional shares of total pledged assistance from 2001 through 2014 (in billions): Africa ($330), Latin America ($298), East Asia ($192, excluding the bulk of China's aid to North Korea), the Middle East ($165), South Asia ($157), and Central Asia ($69).

The following table shows the top six country recipients of China's assistance, in total and per capita, in the last 14 years. Singapore's outsize per capita figure reflects the city-state's importance as the entrepôt trade link between the Indian Ocean and South China Sea, its role as a key member of the Association of Southeast Asian Nations (ASEAN), and its small population (under five million).

Funding is principally provided by China's Export-Import Bank and the China Development Bank, an elite policy institution responsible to China's State Council. The terms of these loans include annual interest rates between 2 and 3 percent and repayment spread over 15 to 20 years. Estimating the implicit subsidies in these terms is difficult because most of the 92 recipients would not qualify for long-term loans from international capital markets irrespective of interest rates. On the other hand, the few recipients whose credit ratings are relatively favorable (e.g., Indonesia, Brazil, India) might qualify to borrow at rates only 3 or 4 percent above the London Interbank Offered Rate. For these countries, the implicit subsidy is between 3 and 5 percent.

China's delivery of equipment and services has markedly but unsurprisingly lagged far behind its pledged assistance. The lag is unsurprising because project implementation involves geological surveys, civil engineering, mining operations, construction, and logistic arrangements stretching over several years. And the projects typically import thousands of Chinese workers (a unique requirement of China's assistance programs, often not welcomed by recipient countries), necessitating additional housing construction and logistic support. Deliveries usually lag approximately six years behind pledges; pledges made in the years from 2001-2008 correlate with deliveries made in 2007-2014. (The payout period associated with U.S. grant assistance is typically much shorter.) By 2014, China's cumulative delivered aid accounted for more than 95 percent of total pledges from 2001 through 2008. We can project that pledges made between 2009 and 2014 will result in deliveries of $500 billion between 2015 and 2020.

What does this portend for the future? An earlier RAND study considered a range of factors that might affect the scale of China's foreign aid. For example, China might increase its assistance in an effort to stimulate its own economic growth by increased exports to recipient countries and subsequent increased energy supplies consigned to China. On the other hand, China might be inclined to decrease its foreign aid to ease resource constraints and reduce income disparities at home. Our conjectured conclusion was that China's assistance would continue to be large, perhaps with some reductions in the coming years.

More recently, China has launched a new institution, the Asian Infrastructure Investment Bank, to enhance connectivity and trade in the region (e.g., to revive and modernize China's storied Silk Road and perhaps provide bullet trains for the Trans-Siberian Railway), as well as accelerate broader economic development throughout Asia. AIIB will cover three of the six regions cited by China's ministry of commerce: Central Asia (comprising former republics of the Soviet Union), South Asia (the Indian sub-continent), and East Asia (including Korea and the ASEAN countries). China has set AIIB's initial capitalization at $100 billion, of which its share is slightly under one-third; the second-largest shareholder is India ($8.4 billion), and the remaining shares are subscribed by the AIIB's 55 other members, principally those in Asia and, to a lesser extent, Europe. The United States is not a member. Whether AIIB will seek to raise funds in commercial credit markets presumably will be determined by AIIB's 57 members.

Whether and to what extent the China Development Bank—whose role in China's foreign assistance has been crucial—will be active in AIIB is unclear. It's worth noting the CDB already has a separately managed China-Africa Development Fund. Adding the AIIB to CDB's responsibilities is unlikely, but not inconceivable. What is clear is that China will have decisive leverage in the new bank's major decisions.

How the AIIB may affect and be affected by international capital markets remains to be seen. The bank's prospects do not appear especially bright. AIIB is one big addition to the plethora of multilateral and bilateral sources of subsidized assistance to emerging-market countries, a list that includes the World Bank Group, Asian Development Bank, African Development Bank, BRICS (Brazil, Russia, India, China, and South Africa), as well as the numerous bilateral assistance agencies and government-supported banking institutions in the United States, U.K., EU, Japan, and elsewhere. The supply side is so abundant that virtually any well-conceived and sensibly configured development project can already qualify for support from one or more of these sources. Hence, it is likely that the AIIB and other sources of financing will compete with each other in offering attractive terms to their prospective borrowers. The result may well be invidious comparisons of the lenders by the borrowers: Which among the many options offers the best bargain? A walk—if not race—to the bottom may ensue in terms of project quality and financial terms. The result may be borrowers burdened with debt they can't pay, while lenders hold accounts-receivable they can't or don't want to collect. It would not be surprising if 5 to 10 years down the road China views the AIIB as an albatross it regrets launching.

Contemporaneously, the United States is actively engaged in efforts to create a multilateral Trans-Pacific Partnership. TPP is an agreement with 11 other Pacific-trading countries to expand free trade and boost investment in the region. Although TPP will entail losers as well as beneficiaries—a circumstance reflected by the current controversy surrounding it—its implementation is likely to generate net gains for the United States and its partners. AIIB's prospects for success are far dimmer—a welcome and timely plus for the United States.

Charles Wolf Jr. holds the distinguished chair in international economics at the RAND Corporation. He is the author of Puzzles, Paradoxes, Controversies, and the Global Economy.

This commentary originally appeared on The Weekly Standard on June 29, 2015. Commentary gives RAND researchers a platform to convey insights based on their professional expertise and often on their peer-reviewed research and analysis.