Greek Financial Crisis: All You Need to Know 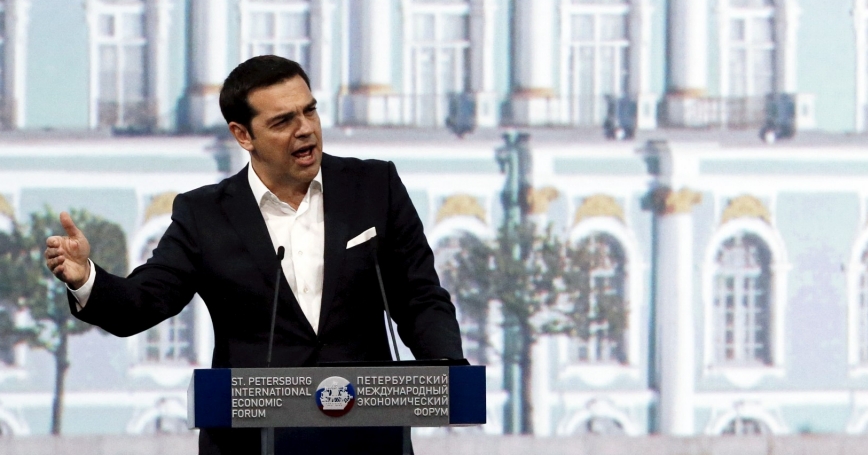 The long-running Greek financial crisis appears to be coming to (another) decisive point.

Greece owes 1.6 billion euros to the International Monetary Fund (IMF) by June 30. The Greek state apparently does not have the cash to pay the IMF without a disbursement of the last tranche—equal to 7.2 billion euros—of its 2012 E.U./IMF rescue package.

European Union finance ministers thus far have been clear that they will not authorize the disbursement of bailout funds unless Athens agrees to serious new austerity measures, including politically sensitive additional public pension cuts. Greek Prime Minister Alexis Tsipras has been alternating between suggesting that an agreement was only a day or two away and telling his partisans in the Greek Parliament the creditors' demands were “absurd.”

It is tempting to focus on the daunting short- and long-term financial consequences of a possible Greek default for the already-devastated Greek economy and for the rest of Europe.

For Greece, if, in the wake of a default to the IMF, the European Central Bank stops emergency funding for Greek commercial banks, the country would run out of cash for everyday transactions and capital controls would be necessary. It would be devastating to everyday life, and a serious risk to public safety and public health.

For the rest of Europe, a Greek default may intensify the flight to quality in the bond market and further increase the cost of borrowing for other southern European countries. Today's migrant crisis might get much worse if a bankrupt Greece lacks the capacity and motivation to manage its borders.

In many ways, however, the Greek financial crisis is really rooted in a deeper political malaise. The Greek state allowed public spending and borrowing to balloon in the first half of the last decade because of its political dysfunctionalities and institutionalized corruption.

The rest of Europe waffled politically about whether and how to mount a bailout in 2010 before imposing a usurious first bailout on Greece that launched the economy into a sharp downward spiral that it has yet to escape. Austerity policies focused on public spending and revenue, but left for another day the tougher political challenges of structural reform.

In 2011, the center-left Greek government of George Papandreou collapsed under the pressure of austerity. A caretaker government led by central banker Lucas Papademos took the reins to negotiate a new, slightly less austere bailout package that included a haircut for private creditors.

New elections brought in a center-right government led by Antonis Samaras to try to make that package work. But European politicians mandated new austerity measures for each bailout disbursement because they rightly suspected Greece would not stay on the program otherwise, and eventually the Samaras government also fell, this time in January 2015 to the harder-left Syriza party coalition led by Tsipras.

Tsipras was elected on a promise to end austerity and reject “humiliating” demands from its European partners. Europe thus played a role in electing this government. But in the rest of Europe, political pressure went the other way: Populistic Greek resistance aggravated outrage in northern Europe at alleged Greek irresponsibility. Even those in Spain or Portugal initially sympathetic to Greece's predicament edged away from the over-the-top rhetoric of resistance issued by Tsipras and his Finance Minister Yanis Varoufakis.

Thus, as the train wreck of Greek default unfolds, other Europeans should not rush to eject the Greeks from either the euro or the E.U. They should have the patience to let Greek politics run its course.

As in 2011, a government of national unity may emerge, or new elections may become unavoidable and bring into office a new coalition prepared to do what it takes to stay in the E.U. and the euro. When that happens, the E.U. must be generous and direct a new long-term program of support in the right direction: sustainable levels of debt and economic policies focused on restoring growth through structural reform.

The political impasse this year is a direct result of the seemingly endless austerity that was the best the E.U. and the IMF allowed the Samaras government to offer. That is what elected Tsipras and his student activist compatriots. When another chance arises, as it will, European institutions have to do better.

Charles P. Ries is a former U.S. ambassador to Greece and the current vice president, International at the nonprofit, nonpartisan RAND Corporation.