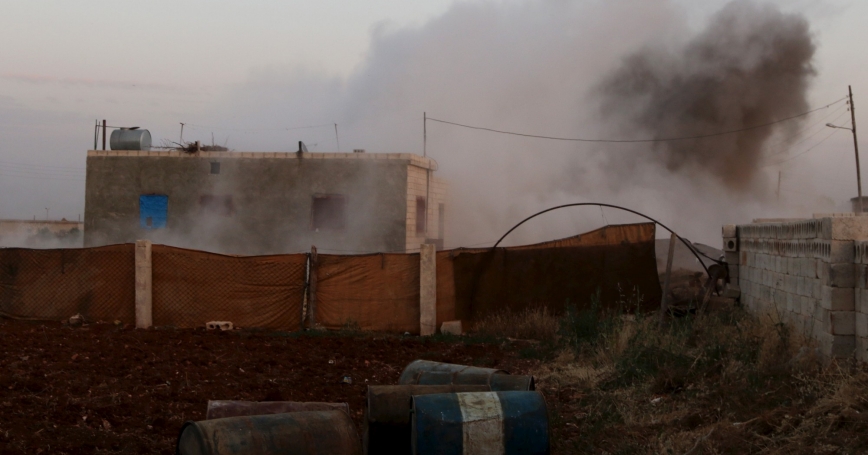 As Islamic State advances in the northern Syrian province of Aleppo, there is a deadly twist in the war. The radical Islamist group, also known as ISIS or ISIL, is now expanding in roughly a dozen countries across Africa, the Middle East and Asia by exploiting local grievances, doling out money and leveraging its battlefield successes.

Even as the United States struggles to combat Islamic State fighters in Iraq and Syria, swift U.S. action is urgently needed in these new Islamic State outposts to stop and ultimately reverse the group's spread. The May 29 suicide bombing of a Shiite mosque in Saudi Arabia, the second recent attack on that predominantly Sunni nation, shows how undaunted Islamic State has become.

The expansionist strategy is not new. In the spring of 2014, as the group was attempting to consolidate its hold on the Syrian city of Raqqa and preparing to conduct a blitzkrieg into Iraq, Islamic State leaders reached out to militant groups in such countries as Libya, Egypt, Nigeria, Yemen, Algeria, Afghanistan and Pakistan. Their goal was to increase Islamic State's influence and recruit fighters to come to Iraq and Syria.

Led by Abu Bakr al-Baghdadi, Islamic State had just formally split with al Qaeda following a series of personality, ideological and command-and-control disputes. Referring to himself as Caliph Ibrahim ibn Awwad, Baghdadi unabashedly explained his desire to establish a Pan-Islamic caliphate: “O Muslims everywhere, glad tidings to you and expect good. Raise your head high, for today—by Allah's grace—you have a state and caliphate, which will return your dignity, might, rights, and leadership.”

Since that declaration, Islamic State's strategy of expansion has included several components.

First, the group has attempted to exploit local grievances and leverage established militant networks. In Afghanistan and Pakistan, for example, Islamic State leaders reached out to disaffected Taliban commanders.

Second, Islamic State has given money to prospective allies. The group has accrued substantial financial resources in Iraq and Syria from smuggling oil, selling stolen goods, kidnapping and extortion, seizing bank accounts and smuggling antiquities. In Nigeria, for example, Islamic State used its booty to aid cash-strapped Boko Haram, which had suffered military setbacks at the hands of the Nigerian and neighboring government forces.

Third, Islamic State's victories in Iraq and Syria, which have been broadcast around the world by an effective social-media strategy, have attracted more sympathizers across the globe. The group has been able to retain—and, in some areas like Ramadi, to expand—control of territory in Syria and Iraq, despite a withering U.S. air assault and Iraqi and Syrian government offensive operations. These successes have attracted a coterie of followers in Africa, other countries in the Middle East, and Asia.

In Libya, for example, Islamic State sent emissaries in late 2014 to meet with extremist groups like Ansar al-Shariah to establish a formal relationship. Islamic State fighters now control key sections of Libyan cities like Surt, along the Mediterranean coast. And in Egypt leaders from the group Ansar Beit al-Maqdis, based in Sinai, pledged their loyalty to Islamic State after its battlefield victories in Iraq and Syria.

The U.S. response outside of Iraq and Syria has been tepid. U.S. officials initially understated the threat. Some argued that its predecessor, al Qaeda in Iraq, was largely defeated and no longer represented a significant threat. As U.S. troops withdrew from Iraq in December 2011, President Obama said the U.S. was “leaving behind a sovereign, stable and self-reliant Iraq.” In an interview published in early 2014, Mr. Obama dismissed Islamic State fighters as a “jayvee team” compared with al Qaeda.

What's more, the U.S. and its allies did not shore up sufficient support in vulnerable countries. In Libya, the U.S., France, and Britain helped overthrow Moammar Gadhafi. But they failed to provide sufficient resources to build a competent successor government, eschewing anything that smelled like nation-building.

Libya quickly faced massive challenges. The bureaucracy collapsed, and well-armed militias controlled much of the countryside. Islamic State and other jihadist groups took advantage of the vacuum. In Afghanistan, the U.S. military withdrawal and closure of bases in Konar, Nangarhar and Helmand provinces have helped create a similar vacuum.

Islamic State will undoubtedly face hurdles in some countries because of a crowded market of jihadist groups and the absence of an ideology with strong local roots. Islamic State's brand of Islam is not native to many countries where it is trying to expand, and the stigma of a foreign ideology may be a substantial barrier.

Still, Islamic State has increased its operations overseas and is now linked directly or indirectly to attacks around the globe in Paris, Ottawa, Brussels, Copenhagen, Sydney and Garland, Texas. There have also been arrests of individuals affiliated with Islamic State in such American cities as New York and Minneapolis for plotting attacks or planning to fight with Islamic State overseas.

A successful U.S. response must now go beyond countering Islamic State in Iraq and Syria. It should begin with an accurate diagnosis of the group's expansion. The U.S. must then work with international partners in endangered countries such as Libya to undermine Islamic State's ideology, cut off its sources of income, target its key leaders and assist local governments. Failure to do so will result in more Islamic State victories.

Seth Jones is director of the International Security and Defense Policy Center at the nonprofit, nonpartisan RAND Corporation, and an adjunct professor at Johns Hopkins University's School for Advanced International Studies. He is the author of “Hunting in the Shadows: The Pursuit of al Qa'ida since 9/11” (W.W. Norton, 2012).

This commentary originally appeared on The Wall Street Journal on June 4, 2015. Commentary gives RAND researchers a platform to convey insights based on their professional expertise and often on their peer-reviewed research and analysis.