Should There Be a Hostage Czar? 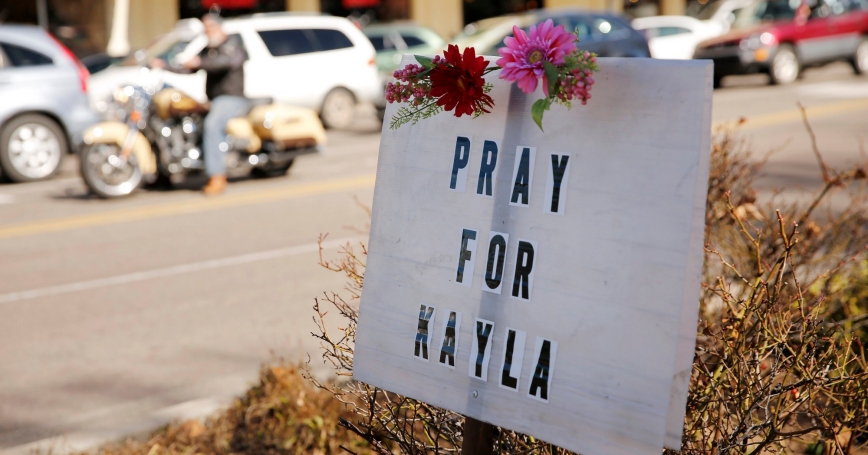 In light of recent kidnappings ending in horrific beheadings or accidental killing of hostages by American airstrikes, it would seem to be a sound idea: Require the president to appoint what the news media are calling a “hostage czar,” a U.S. official who would direct all federal government efforts to secure the release of American hostages held by terrorists abroad. Who could object to ensuring that hostages get the attention they deserve while their families are reassured and their interests taken into account?

Indeed, Congress recently approved an amendment to the 2016 National Defense Authorization Act mandating that the president appoint an “Interagency Hostage Recovery Coordinator.” But however well-intentioned, the creation of a high-profile position for hostage issues raises policy questions and comes with operational risks.

The creation of a high-profile position for hostage issues raises policy questions and comes with operational risks.

In the last 10 years, according to the State Department, terrorists abroad have kidnapped more than 70 U.S. citizens, but that includes individuals who were briefly held in conflict zones. Far fewer — no more than two dozen — were actually kidnapped by terrorists. Information on such abductions is sketchy, and no two lists agree.

The fates of American hostages have varied. Some were murdered by their captors, some were rescued or escaped, others were released as a result of international diplomatic efforts. In still other cases, hostages were killed during rescue attempts. And there have been mistakes. Early this year, a U.S. airstrike aimed at a location where terrorist leaders were meeting unintentionally also killed an American and an Italian hostage whose presence at the site was not known to U.S. intelligence.

In some cases ransom may have been secretly paid. The United States has been inconsistent in dealing with these incidents. In at least one case, U.S. officials helped facilitate the private payment of a ransom, while in others they reportedly warned families that paying ransom would expose them to prosecution for providing material support to a terrorist organization.

The highly publicized brutal beheadings of American hostages by the Islamic State in Iraq and Syria (ISIS) have caused widespread shock and anger, and last fall prompted President Obama to order a review of how hostage situations are handled. Although some have questioned America's no-concessions policy, that position is steadfast and not part of the review.

The current legislation would require the new official to “coordinate and direct” all activities relating to securing the release of American hostages, “establish and direct” a “fusion cell” that brings together appropriate officials (which would include representatives of the Departments of State, Defense and Justice; the relevant intelligence agencies; and the FBI), keep family members of hostages informed and regularly report to Congress on current hostage situations.

It seems logical for the government to help Americans abroad and not threaten families of hostages with prosecution for negotiating for release. Yet the creation of a hostage coordinator position could lead to a confusion of roles with built-in conflicts of interest.

The creation of a hostage coordinator position could lead to a confusion of roles with built-in conflicts of interest.

One of the original reasons for the U.S. no-concessions policy was the desire to avoid becoming directly involved with terrorists holding American diplomats hostage. The United States took the position that the local government was responsible for the safety and security of diplomats accredited to it, including securing their release if they were kidnapped. Will a hostage coordinator unavoidably draw the U.S. government into more direct involvement?

U.S. policy will not change, according to the proposed legislation. The hostage coordinator will be obliged to uphold the no-concessions policy, or at least ensure that it is not visibly violated. This guarantees tension between the government and the families of hostages, who are more interested in the safe return of their loved ones than upholding abstract policy.

Historically, U.S. policy applied only to the U.S. government's position. It did not prohibit negotiations or ransom payments by private parties. According to a 2002 statement by the State Department, the U.S. government “strongly urges American companies and private citizens not to accede to hostage-taker demands.” If families and corporations follow U.S. policy, the government can be involved in efforts to bring about the release of the hostage, including providing “administrative services,” technical assistance or expertise, and, “if desired by local authorities … participation in strategy sessions.” If families or companies chose not to follow U.S. policy, they were on their own. Negotiations were handled privately.

Will there now be a public component to negotiating? Even if a family decides to pay ransom, will the government still assist? If so, the government's assistance could easily involve facilitating in, or acquiescing to, private ransom payments — further muddying the already blurred perceptions of U.S. policy on this subject.

This is not the usual practice abroad when it comes to dealing with kidnappings by terrorists or ordinary criminals where ransoms are paid, hostages are returned, but apprehensions of kidnappers are extremely rare. The United States recently said that it will not prosecute families paying ransom. It never has and is unlikely to ever do so. Indeed, it is unimaginable that U.S. prosecutors would seek to convict the parents or wife of a hostage for material support of terrorists because they made payments under duress to save the life of a loved one — and what jury would convict? But while prosecution of families is implausible, the government could always decide to prosecute others in the future, including interlocutors and intermediaries involved in the negotiations. The intermediaries know this too and therefore will be cautious about any hint of official involvement.

The amendment treads cautiously when it comes to just what kind of assistance the government might provide. It talks about efforts to “secure the release of hostages,” but does not define what “secure” includes. It specifically instructs the hostage czar only to “develop a strategy to keep family members of hostages … informed of the status of such hostages,” and provide them with updates, procedures and policies. Informing and updating sound like little more than handholding, which will not stop complaints by desperate families who want more decisive intervention.

Besides, the government already has gone further. It has been reported that the FBI recently helped in one case by vetting an intermediary; any publicized kidnapping draws con men out of the woodwork. Going forward, will FBI or State Department officials now be present at and advise in negotiations, act as intermediaries, or facilitate the delivery of payments?

Will U.S. officials instruct families in how to deal with the news media? That potential role comes with built-in tension. Frustrated by a lack of progress and suspicious that the government would prefer to ignore the issue, families sometimes seek to increase pressure by going public with their complaints. In turn, governments routinely warn the families that publicity may only encourage the hostage-takers to increase their demands.

Rescues raise other potential conflicts. Since the hostage coordinator will know about the status of negotiations and the prospect of any rescue attempt, does that mean vetoing rescue efforts while negotiations are in progress? Who will make the judgment that negotiations are unlikely to succeed and that a rescue offers the only way to get the hostage back, despite the risks? Consulting with the family would risk compromising the operation — what if they don't agree? Do they get a veto? Not telling them will risk accusations of duplicity and recriminations if the rescue fails.

Apart from rescues, what about airstrikes or other ongoing military operations against hostage-holding terrorists? On the one hand, the pressure may encourage an agreement. On the other, it increases the risks to the hostages, which the terrorists — if they know a powerful U.S. official is involved — may try to exploit to their advantage. Will the hostage coordinator have a voice in these decisions?

Hostage situations have proved to be political kryptonite for presidents. Many attribute President Carter's defeat in 1980 to his inability to rescue or negotiate the release of Americans held hostage by extremists in Tehran, Iran. President Reagan was politically embarrassed by a revelation in 1986 that the United States, in violation of American policy, secretly sold arms to Iran to facilitate the release of American hostages held in Lebanon.

Terrorists will see a hostage coordinator as a sign that they have increasing leverage, access to a White House official who can make things happen — and the ability to lay a tragedy on the president's doorstep.

According to the original proposal introduced by Rep. John Delaney (D-Md.), the hostage coordinator would serve on the National Security Council. That puts every hostage incident in the White House, a fact that will not be lost on terrorist hostage-takers. American hostages bring terrorists strategic publicity, enabling them to create political crises. The terrorists will see a hostage coordinator as a sign that they have increasing leverage, access to a White House official who can make things happen — and the ability to lay a tragedy on the president's doorstep.

That raises the question of objective. Better coordination is always desirable, except in circumstances where it may make sense not to coordinate. But what are the metrics of success? Would the existence of a hostage coordinator have saved the lives of any of these American hostages killed since 2002: Daniel Pearl, Nicholas Berg, Tom Fox, Warren Weinstein, Steven Sotloff, James Foley, Luke Somers or Kayla Mueller? Probably not.

Victims of terrorism have come to play an important role in American politics, wielding powerful influence over policy decisions and increasingly seeking compensation in American courts from those they hold directly or indirectly responsible for their loss and suffering. By installing a hostage coordinator, the United States is officially recognizing another class of victims: hostages and their families.

As a community, Americans care about their fellow citizens, but at the same time, the U.S. government must pursue national interests and cannot bend them to secure the safety of individual citizens. The United States continues to be at war with specific terrorist groups, including those who have held American hostages. It must be understood and accepted that war brings casualties. The nation is obliged to try to bring back those captured in the course of military operations — it is our pact with those who are asked to serve. And the United States can try to secure the release of those held hostage, so long as it does not compromise its national security. Concern about the fate of hostages can be shared with their families; decisions about national defense cannot.

Jenkins is senior adviser to the president of the nonprofit, nonpartisan RAND Corporation. From 1985 to 1998, he served as a private consultant in hostage negotiations and is the author of a book on the subject, Terrorism and Personal Protection.

This commentary originally appeared on The Hill on June 1, 2015. Commentary gives RAND researchers a platform to convey insights based on their professional expertise and often on their peer-reviewed research and analysis.