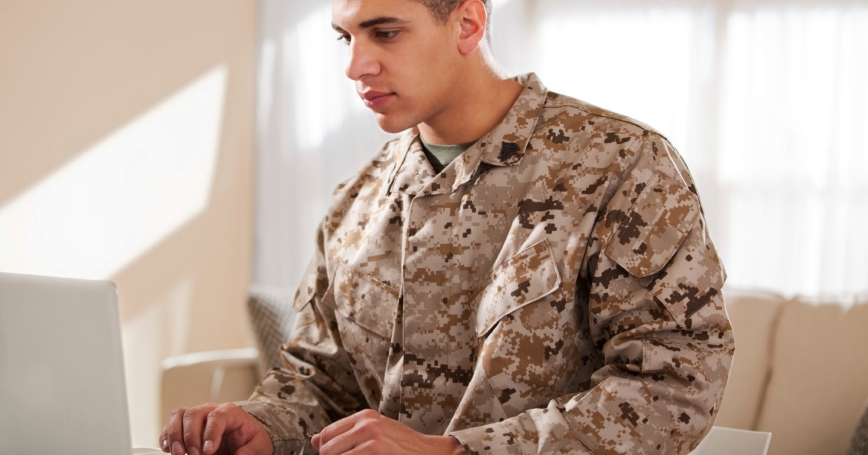 One of the major questions facing those interested in veterans' behavioral health is how do we reach veterans who need care but do not receive it?

RAND research suggests that about half of recent veterans struggling with behavioral health concerns, such as posttraumatic stress disorder (PTSD) and depression, do not seek care for such concerns. However, reaching veterans to understand more about their care-seeking poses a conundrum. Clinical settings are typically where veterans are recruited for studies, and therefore the population of interest — those not seeking care — is not represented. Researchers have struggled with ways to find veterans outside of clinical settings using newspapers, TV and radio ads, and bulletin boards. With the advent of the Internet and social media, it makes sense to use these means to reach veterans for research efforts so we can better understand what their needs are and how best to meet them.

A team of RAND colleagues and I recently conducted a study to see if we could recruit young adult veterans aged 18 to 34 from the social media website Facebook for a research study. The strategy succeeded — we obtained 1,023 veterans in just over three weeks. We found that the recruited sample matched closely with the young adult veteran population in several key areas, such as age, gender, marital status, income, and education level; which tells us that Facebook can be used to recruit representative samples of veterans and not just a selective subsection of the population. Perhaps most important, about half of the veterans we reached through Facebook were struggling with PTSD, depression, anxiety, and heavy alcohol use; yet only half of these participants had received any behavioral health care in the past year. This tells us that Facebook may be a viable method to reach young veterans in the community who need care but are not receiving it.

Our next step is to answer questions about how we can use Facebook and other social media to promote initiation and maintenance of behavioral health care among those that might benefit from such care. This includes designing programs intended to motivate veterans to seek care at the VA or elsewhere in the community, as well as stand-alone programs that can be delivered over the Internet to directly address behavioral health problems among this group in need of care.

While our Facebook recruitment was quick and relatively inexpensive, there is still much to consider when designing social media recruitment for studies. We learned much from the process of the study and recommend the following to those using social media to reach veterans and other groups.

Eric R. Pedersen is a behavioral scientist at the nonprofit, nonpartisan RAND Corporation.