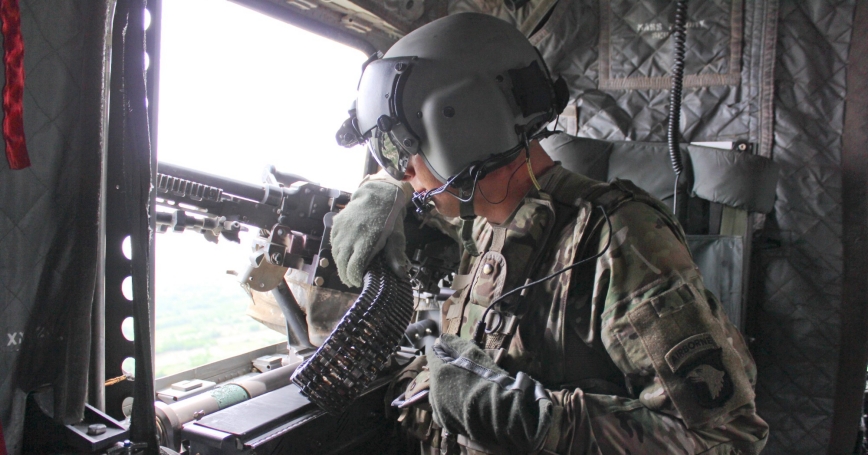 A U.S. Army crew chief scans his sector from a CH-47 Chinook helicopter in Afghanistan, May 8, 2015

In April 2015, USA Today reported a disconcerting, if somewhat incongruous, finding about the Army's morale. Despite a six-year, $287 million effort to make troops more optimistic and resilient, an Army survey found that 52 percent of soldiers scored badly on questions that measured optimism, while 48 percent reported having little satisfaction or commitment to their job.

This study is only the latest of several such studies. A 2011 Center for Army Leadership study found that only 26 percent of active soldiers thought that the Army was headed in the right direction, while the Military Times in 2014 published a study ominously titled “America's Military: A Force Adrift.” The results are as troubling as they are surprising. After all, not only has the Pentagon invested heavily in resiliency programs, but for much of the force, combat deployments are more infrequent as the wars wind down.

What then is driving this morale crisis?

To begin with, the morale “crisis” must be placed in context. First, concerns over low morale are not new and not unique to the Army. Indeed, observers regularly fretted over low morale during the defense drawdown of the 1990s, during the start of the Iraq War, during the Iraq Surge, during the Afghanistan Surge and at practically all the points in between—each time with renewed concerns over “breaking the force.” And yet the military has not broken. To the contrary: After each report of troop morale hitting “rock bottom,” troop morale seems to slip lower yet and, still, the military soldiers on. In fact, some previous indicators of low morale—like achieving accession and retention goals— have rebounded as of late. This is not to diminish the military's present troubles, but it is also important to avoid the “Chicken Little” trap: Despite the dismal poll numbers, the sky is not falling....

A former active duty Army officer and multiple-tour Iraq War veteran, Raphael S. Cohen is an associate political scientist at the nonprofit, nonpartisan RAND Corporation and an adjunct professor of security studies at Georgetown University's School of Foreign Service. This article is adapted from “In the Ranks: Making Sense of Military Morale,” which appeared in the May/June 2015 edition of World Affairs.

This commentary originally appeared on Lawfare on June 28, 2015. Commentary gives RAND researchers a platform to convey insights based on their professional expertise and often on their peer-reviewed research and analysis.