What the Ebola Crisis Taught Us About Emergency Preparedness in Africa 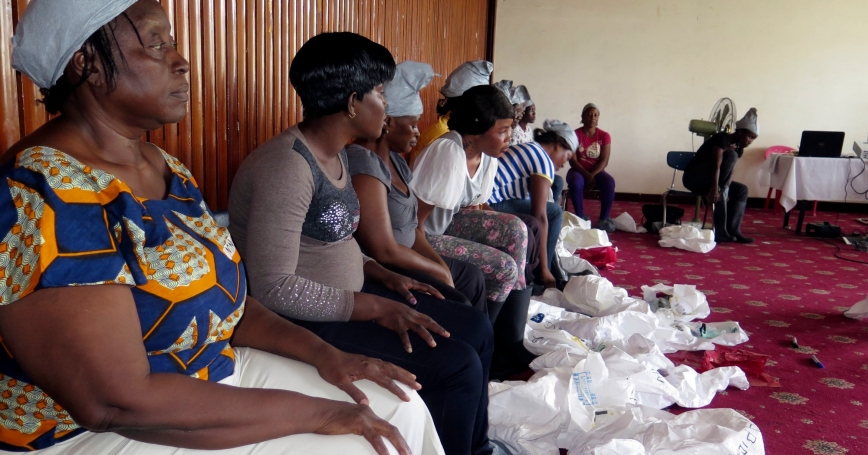 The 2014 Ebola outbreak was the most severe of its kind in history. At the height of the crisis, there were 800 to 1,000 new reported cases per week in Africa across the three most heavily affected countries — Liberia, Sierra Leone and Guinea. However, huge gains have been recorded in the fight against this outbreak. Liberia was declared Ebola-free on May 9. According to the latest situation report by the World Health Organization, there were only 12 confirmed cases as of the last week of May. Now the question is: What must be done to prevent and mitigate future crises of this nature?

The RAND Corporation is contributing to the global health community's efforts to answer that question. RAND recently developed a tool — an Intra-Action report — that provides a systematic way to capture activities and evaluate lessons learned during an emergency response so that they can be applied in future instances to correct failures or replicate successes. While the framework is applicable to other types of emergencies and disasters, it was applied as a proof of concept to the recent Ebola responses in Africa and, separately, the United States.

A key lesson that emerged from this study is the crucial role of national preparedness plans in emergency response. These plans involve establishing key components essential to emergency response, such as coordination, financing, incident management systems, public awareness, and community engagement. These efforts require strong government initiative and commitment, a significant amount of resources, extensive interagency collaboration and stakeholder involvement. Due to existing challenges in African countries, however, committing such resources and effort to prepare for potential health crises may not seem justifiable to policymakers.

But with Ebola preparedness plans in place, countries such as Senegal and the Democratic Republic of Congo (DRC) were able to contain the spread of the virus with less difficulty. Senegal had a detailed response plan and created a National Crisis Committee in March 2014, before a case of Ebola was identified within its borders. This may have significantly contributed to the country's ability to contain its single case of infection and prevent an outbreak. The DRC also had an Ebola outbreak unconnected to the epidemic in West Africa in 2014, and had in place robust response plans that had been developed from its past experiences with this disease. Other at-risk countries — such as Nigeria and Mali — that were affected well into the outbreak in West Africa, had the advantage of benefiting from the disastrous experiences of countries that struggled; these nations, therefore, were on alert and better prepared for potential outbreaks.

On the other hand, countries that lacked national preparedness plans and that were affected early — Guinea, Liberia, and Sierra Leone — had drastically different outcomes, including thousands of deaths. The index case of the outbreak was traced to the Guinean village of Meliandou, around December 2013. But the Ebola outbreak was not officially confirmed in the country until a laboratory suspected Ebola and tested for it in March 2014. Although there were reports of an outbreak across the border in Guinea, Liberia and Sierra Leone did not develop national emergency preparedness and response protocol until cases began to be reported in their lands. By then, the outbreak was already getting out of control.

To prevent further spread of the disease, the WHO has scaled up preparedness efforts in more than 17 African countries deemed to be at high risk of an Ebola outbreak. Probability of risk was judged based on how close the countries were to affected countries, their trade and migration patterns, and the strength of their health systems. These preparedness efforts include visits by WHO preparedness-strengthening teams and the provision of technical guidance and tools to countries.

But there is a need still to move the conversation from Ebola-specific preparedness to overall preparation for disasters/emergencies. The U.S. Department of Defense's Africa Command has conducted significant work in this regard, partnering with countries to help develop their disaster preparedness plans. Through its Disaster Preparedness Program, Africa Command has engaged more than 16 African nations, and produced 26 national and military contingency response plans, and four disaster-management strategic work plans.

While these efforts by international partners are much needed and highly commendable, they are insufficient in the long run. African countries must take responsibility for regularly updating such plans so they remain useful and relevant. They need to build a culture of preparedness and take ownership of preparedness policies and their implementation so they can be better prepared for the next potential disaster — of any kind. Considering the competing demands for limited national resources, there is a risk that externally driven preparedness plans may be neglected if local policymakers do not take ownership of their development and maintenance.

The Ebola crisis has demonstrated the critical importance of national emergency preparedness, and the potential benefits of giving it priority in national planning.

Adeyemi Okunogbe is an assistant policy analyst at the nonprofit, nonpartisan RAND Corporation and a Ph.D. candidate at the Pardee RAND Graduate School. This blog was written for the Pardee Initiative for Global Human Progress.