Why the United States Needs an Active Denial Strategy for Asia 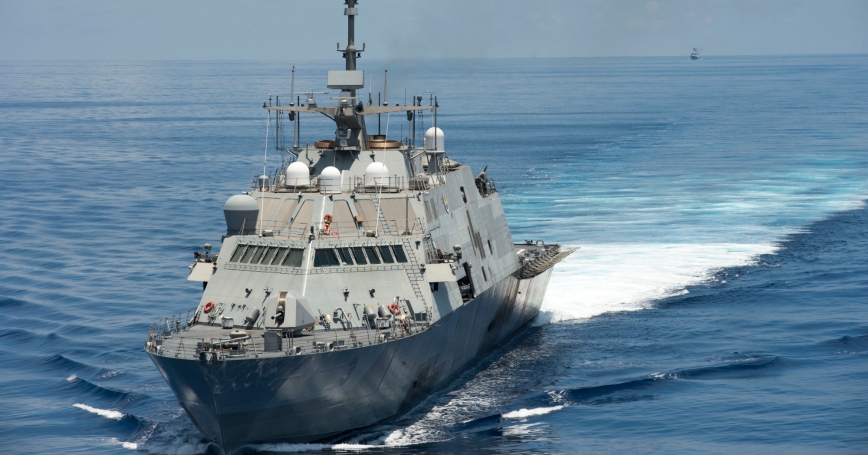 The USS Fort Worth conducts patrols in international waters of the South China Sea, near the Spratly Islands

Rising tensions between China and the United States in the South China Sea shine a spotlight on America's military position in Asia. But the challenge of how to deter Beijing in the face of a steadily shifting balance of power would exist even without China's land reclamation around the Spratly Islands. More than any other security issue facing U.S. policymakers, defense strategy in Asia will impact America's military budget and the way the United States does business overseas.

At the turn of the century, the United States enjoyed dominance over China in nearly every military domain: air, maritime, space, cyber, and nuclear. But the Chinese military has made enormous strides, boosted greatly by dramatic increases in defense spending. Since 1996, China's defense budget has grown by roughly 640 percent, adjusted for inflation.

While the People's Liberation Army (PLA) lags behind the U.S. military in most qualitative measures, it has steadily narrowed the gap. More importantly, China enjoys geographic advantages that would largely offset U.S. strengths in a conflict. And China is developing specific capabilities — most importantly missile and submarine forces — that capitalize on those advantages. China has also improved its conventional capabilities. It now operates more than 700 fourth-generation aircraft and a growing fleet of modern frigates and destroyers.

With all of this in mind, what should the United States do to maintain a credible deterrent in Asia?

Many commentators argue that U.S. forward defenses in Asia are no longer viable. They say that the United States should transition to a less engaged strategy of “offshore balancing,” in which regional partners do more for their own security, or “offshore control,” which would employ distant blockades to attack China's economic vulnerabilities. Others say that the right combination of new technologies and offensive systems could restore U.S. dominance. But none of these approaches is advisable, and the last is probably not affordable.

As we discussed recently in the Washington Quarterly, the United States needs a new strategy. This strategy must assure U.S. partners while being affordable and not reliant on a vulnerable, hair-trigger offensive posture. Such a strategy is within reach, but it would require significant diplomatic effort and a variety of military adjustments.

Our “active denial strategy” would maintain a forward presence but emphasize denying China the benefits of military aggression, rather than trying to ensure a decisive defeat. It has three primary features. The first is a resilient force posture, better able to withstand initial attacks and continue operating. The second is a robust capability to counter Chinese power projection, with the emphasis on defeating PLA assets beyond China's shores, rather than on striking mainland targets. And the third is leveraging allies' strengths, including geographic position, as well as current or potential niche military capabilities.

Beijing's recent endeavors in the South China Sea highlight the importance of U.S. deterrent efforts in Asia. The evolving balance of power will require adjustments to strategy. Making those adjustments will help ensure that the U.S.-China relationship, now merely tense, doesn't escalate to hostile.

Eric Heginbotham is a senior political scientist and Jacob Heim is an associate policy analyst at the nonprofit, nonpartisan RAND Corporation.