Afghanistan After the Drawdown 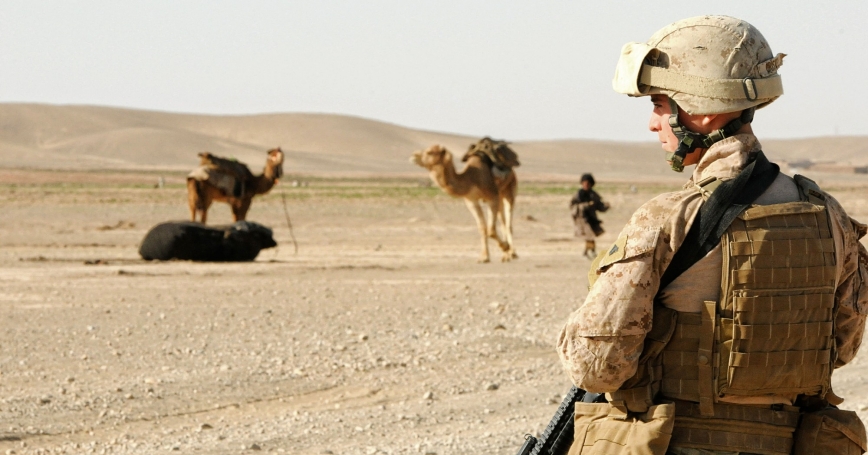 A checkpoint in Helmand province, Afghanistan, on March 10, 2012

by Stephen Watts and Sean Mann

With the wars in Iraq, Syria, Ukraine, and Yemen dominating headlines, Afghanistan appears to have gotten lost in the shuffle. Afghanistan seems passé, both in U.S. policy circles and among Americans in general. In 2014—for the first time since the 9/11 attacks—roughly half of Americans polled by Gallup thought that the United States should never have sent troops to Afghanistan. Three-quarters of Americans in another poll agreed with President Obama's decision to withdraw all U.S. forces (aside from a small advisory presence) by the end of 2016. Some thought the withdrawal should proceed even more quickly.

Proponents of rapid withdrawal generally make one or more of three arguments. First, many are disappointed by what the interventions in Afghanistan and Iraq have accomplished and believe that little more is likely to be accomplished after so many years of shortcomings. Second, with “core al Qaeda” in Afghanistan and Pakistan heavily degraded and new terrorist threats emerging throughout the Middle East and beyond, many observers believe that scarce U.S. resources are best deployed elsewhere. And finally, there is a broad sense that U.S. domestic politics will not endure a continued, large-scale commitment to Afghanistan.

Afghanistan does not deserve a blank check, nor will U.S. domestic politics allow decisionmakers to write one even if they wanted to. But Afghanistan does deserve continued U.S. support at lower levels for an extended period of time—likely involving fewer U.S. troops than the 3,500 that are currently authorized for Iraq and assistance at levels between what the U.S. annually provides to Israel and what it provided to Colombia from 2001 to 2010 (i.e., somewhere between US$1–3 billion annually after 2016)....

Stephen Watts is a senior political scientist at the nonprofit, nonpartisan RAND Corporation and an adjunct assistant professor at the Georgetown University School of Foreign Service. Sean Mann is a research assistant at RAND. Both have served as advisors embedded with U.S. special operations forces in Afghanistan.

This commentary originally appeared on Lawfare on July 5, 2015. Commentary gives RAND researchers a platform to convey insights based on their professional expertise and often on their peer-reviewed research and analysis.