An Authorization for the Fight Against the Islamic State 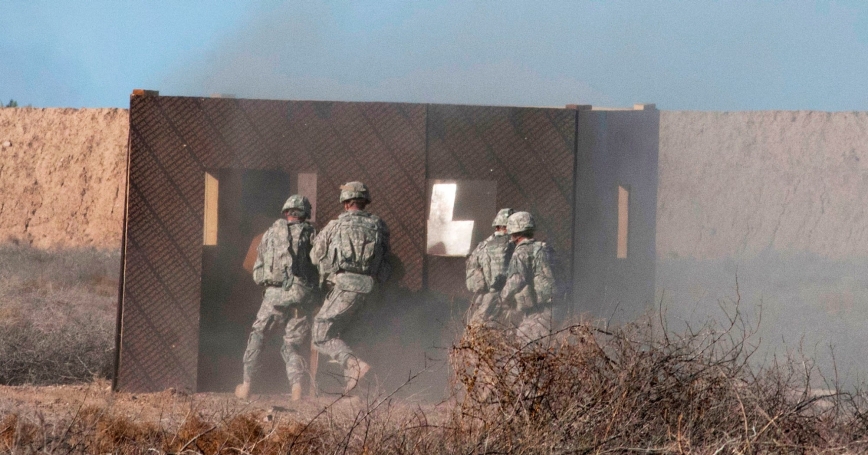 The U.S. military is now conducting some 2,000 airstrikes a month against Islamic State targets in Iraq and Syria and has destroyed close to 8,000 targets to date. The U.S. training force on the ground is meanwhile growing.

But progress is slow. Despite success in Sinjar, Kobane and Tikrit, coalition forces have experienced distressing failures in Ramadi, Palmyra, and much of Anbar. Meanwhile, the Islamic State has expanded far beyond Syria and Iraq.

The president was clearly right when he said last year that this will be a long, hard fight. Yet eleven months into its campaign against the Islamic State, the U.S. military still operates without congressional authorization. Congress needs now more than ever to take up the issue of authorizing the use of military force against terrorist groups like the Islamic State.

Congressional efforts to launch a serious debate over legislation have so far run aground. An attempt by the White House to stir debate in February lacked support from either side of the aisle. In June, Sen. Jeff Flake (Ariz.), a Republican, and Sen. Tim Kaine (Va.), a Democrat, put forward new language that would at least authorize operations against the Islamic State. This new opportunity was a useful step in the right direction.

But more is needed. Instead Congress should consider much broader reform that repeals outdated existing counter-terrorism authorizations and provides a new foundation for current and future U.S. military operations against not just the Islamic State but also a range of other groups.

The White House has argued it has all the authorities it legally needs to carry out operations against the Islamic State. True, but these authorities no longer reflect the reality of the threat. The main existing counter-terrorism authorization dates from the immediate aftermath of 9/11 and singles out the perpetrators of those attacks for the use of force. Subsequent 2002 legislation authorized the Iraq war and was specifically aimed at operations against Saddam Hussein and his army.

Today's threat is much changed since the era in when these authorizations were passed. Osama bin Laden is dead. His organization has been fragmented and dispersed by over a decade of U.S. and allied efforts. What's more, the enemy the United States is now fighting in Iraq and Syria also has little to do with Saddam Hussein.

Instead, today's problem encompasses not only the Islamic State but also al Qaeda's global franchises and rump portions of Bin Laden's original organization. The Islamic State is a menace to the regions in which it operates, and has built an anti-western terrorist safe-haven ripe for plotting attacks against the United States. Al Qaeda's franchises have meanwhile gone global. Al Qaeda in the Arabian Peninsula was linked to the bloody attacks on the satirical newspaper Charlie Hebdo in Paris in January. Al Qaeda in the Islamic Maghreb has contributed to the chaos in Libya, where the Islamic State has also recently expanded its footprint. Despite advances in Somalia, Al Shabab continues to menace the Horn of Africa. Other groups are meanwhile springing up elsewhere in Africa as well as South Asia.

New legislation is needed that reflects this reality.

Some ask why this remains America's fight. The United States has been remarkably secure from attack, as terrorists' attention has seemingly shifted from attacking America to local battles with local adversaries. But the nation is far from immune. The Islamic State and its ideology, so reprehensible and brutal, attract tens of thousands of global followers, including several thousand from the United States and Europe.

Addressing the threat obviously requires a whole of government approach. Military action alone will never be enough. But military operations remain a critical ingredient of a successful U.S. counter-terrorism strategy.

These operations deserve congressional authorization. Congress has a constitutional responsibility to weigh in. Not doing so could lead other nations, U.S. allies, al Qaeda, and the Islamic State to question American readiness to combat violent jihadists. Authorization could moreover give the U.S. public a better sense of who the enemy is and whether and why American forces need to be in the fight.

First, geographic limitations should be avoided; they don't make sense, because the enemy has no geographic limits. The Islamic State has continued to expand, to Libya, Yemen, and elsewhere, since the White House submitted its own authorization of military force proposal to congress back in February.

Second, limits on ground forces and other military tools could undermine the deterrent value of the renewal. U.S. ground forces are already on the ground and more will likely be needed to bolster Iraq's own troops. Large scale deployments of ground forces are not inevitable, however, and Congressional silence on the issue would not make them inevitable.

Third, legislation should include regular reporting requirements. These requirements are essential to keep Congress and the public informed on how the fight is going, what new tools and methods are being used, and, importantly, how the enemy is evolving.

Fourth, the new legislation should include a set time to revisit the authorization — three years or five, but not an open-ended authorization. The purpose of such renewal should not be to schedule an arbitrary end to the conflict, but instead to require the next administration and the next Congress to engage in a serious debate about how the U.S. counter-terrorism effort is going. Such debate will be healthy and ultimately beneficial to U.S. counter-terrorism objectives.

This issue won't go away soon, no matter how much the United States might like it to. Congress should add its voice.

This commentary originally appeared on The Hill on July 9, 2015. Commentary gives RAND researchers a platform to convey insights based on their professional expertise and often on their peer-reviewed research and analysis.