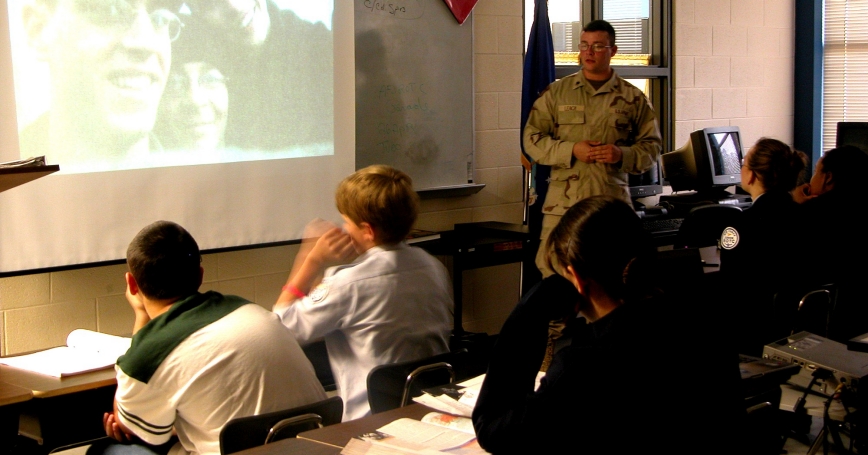 Several important voices have argued for arming military recruiters in the wake of the recent shootings in Chattanooga, Tennessee. Giving uniformed military members who work in unprotected offices a chance to fight back against an “active shooter” may be a sound proposition, but practicalities of military recruiting suggest a patient and thoughtful policy review.

Recruiters for all armed services work out of stations and sub-stations across the country, often in highly public and well-trafficked areas most likely to attract attention. Their offices are intentionally open and accessible. Typically there are no security measures between the street and the recruiters' desks; anyone could walk right in and, if they are so inclined, open fire. If armed, recruiters could return fire or perhaps preempt an attack. If the Marines killed in Tennessee had all been armed then some deaths may have been avoided or the killer may have selected a different target.

There are issues, however, that should be considered before arming recruiters. Recruiters spend a great deal of time outside of their offices. In order to meet potential recruits they visit schools, shopping malls, and other places where open carry of a firearm (there is no place to conceal a weapon on most military service uniforms) might undermine rather than further a recruiter's primary mission. While open carry may be acceptable in states or regions with open carry laws, it would likely be less welcome in the high-density schools, malls, and pedestrian areas of New York City, Chicago, or Los Angeles, where many recruiters are stationed.

Recruiters also visit the homes of the parents of potential recruits. While many parents are supportive of their children's choice to enlist, others are unfamiliar with the military; some may be openly hostile. Carrying a firearm into a first meeting with a hesitant parent could be problematic. Therefore, armed recruiters would need to continually arm and disarm themselves throughout the day, a process that could lead to misplaced or even stolen firearms.

The likelihood of recruiter error in the handling of a firearm—and particularly notoriously hard-to-handle pistols—is considerable. While recruiters have military training, in all likelihood few are experts with pistols or other personal weapons. Some recruiters are hardened infantry or military police specialists, but a great number have non-combat specialty training. Even for well-trained shooters, after only one year on highly intensive, six- or seven-day a week recruiting duty, weapons skills will likely atrophy. Adding training time for weapons handling and high-risk scenario shooting in populated areas would be difficult for recruiting commands, and particularly difficult for recruiters located in isolated sub-stations in areas far from military or even civilian firing ranges.

The Chattanooga attack, the 2009 and 2014 Fort Hood shootings, and the recent attempts by the Islamic State to encourage attacks on U.S. military personnel at their homes raise serious concerns for the U.S. military. Well-trained, armed military personnel who are able to maintain a near constant state of alert while on the job would be much better able to forestall or defeat a lone wolf or more organized terror attack. But less well trained, armed military personnel who are focused on their primary recruiting duties, and who for the most part live and work in relatively secure areas where they may be less than fully vigilant, may not be trained and ready to confront potential terrorists and worse could pose additional risk to themselves and others. At the very least any proposed change in existing policy would warrant further examination first.

This commentary originally appeared on The Hill on July 31, 2015. Commentary gives RAND researchers a platform to convey insights based on their professional expertise and often on their peer-reviewed research and analysis.