Here's What Will Happen If the Iran Deal Falls Through 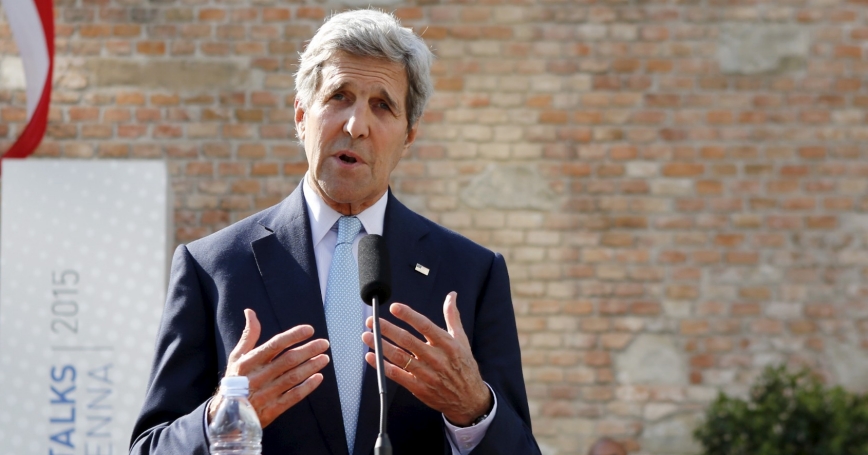 The Iranian and P5+1 (China, France, Russia, the United Kingdom, and the United States, plus Germany) negotiators in Vienna seem to be on the brink of reaching an agreement to significantly limit Iran's nuclear program and place it under strict international monitoring. But what if they fail to bridge their differences in the final hours? Or what if the U.S. Congress scuttles a deal down the road—a less likely but still worrying outcome? Indeed, with the principle that “no deal is better than a bad deal” likely to dominate any congressional debate, it is a good moment to examine what the Middle East might look like without a nuclear deal.

Failure to reach or approve a deal would likely produce one or more of the following: an expanded Iranian nuclear program; an erosion of broad international sanctions without any benefit to regional and global security; heightened potential for military conflict; and the loss of opportunities to work on major areas of common concern to Iran and the United States.

To be sure, there are risks associated with a deal as well, including the possibility that Iran will fail to implement the agreement, resume a nuclear program once the nuclear agreement expires, or covertly continue elements of its program beyond the surveillance of the international community. There have been countless assessments of all the things that could go wrong; that's why negotiators in Vienna are working “don't trust and verify” measures into any conceivable final deal. But debates about any such agreement must include assessments of the risks of having no deal at all.

The first and most dangerous scenario is that Tehran could break out of the interim nuclear agreement, the Joint Plan of Action, which has essentially frozen Iran's nuclear program for nearly two years. With no promise of lasting and more significant sanctions relief, Iran may decide to resume its nuclear enrichment program at levels that reduce the time it would need to weaponize its nuclear program. Iran could still remain in the Nuclear Non Proliferation Treaty and come dangerously close to developing the capabilities to quickly break out if there is no international agreement placing further restrictions and inspections on its activities.

To make matters worse, unless it is clear that Iran is at fault for the breakdown in nuclear talks, the current broad international support for sanctions against Iran could weaken. U.S. sanctions against Iran have proven effective because of the backing they have garnered among key oil-importing countries such as China, India, South Korea, and Japan. International sanctions have, by some estimates, cut Iran's oil exports by more than half in recent years, costing Iran up to $40 billion in revenue annually. Continued unilateral American sanctions and secondary U.S. sanctions on countries and institutions doing business with Iran following the breakdown of a deal would likely continue to keep U.S. and European companies away from Iran. But other key international powers, and even some in Europe, may tire of self-imposed restrictions, especially if Iran appeared to have negotiated in good faith. So, Iran could find itself less isolated over time, especially if Congress rejected the deal, leaving the United States to blame for the failure. Indeed, this is the worst-of-both-worlds outcome—few constraints on Iran's nuclear program and dissipating international pressure on Iran.

A return to military escalation with Iran is also more likely in a no-deal Middle East. Iranian hardliners' arguments that the West was never really interested in a deal with Iran will appear vindicated.

A return to military escalation with Iran is also more likely in a no-deal Middle East. Iranian hardliners' arguments that the West was never really interested in a deal with Iran will appear vindicated, undermining the leverage and influence of more pragmatic Iranian factions who were associated with the failed negotiations. This could lead to an expansion of Iran's already destabilizing regional activism, particularly in Iraq, Syria, and in its relationship with Hezbollah. Israel and Hezbollah are not currently interested in another conflict, but at some point in time Hezbollah may perceive attacking Israel as a useful distraction from its losses in Syria. Military escalation between Israel and Hezbollah with Iranian-supplied missiles, could happen quickly. Hezbollah attacks on Sunni insurgent groups fighting the Assad regime close to Israel's border could also mistakenly hit an Israeli target, leading Israel to retaliate. Israel would be more concerned about maintaining its deterrence posture in a regional context where Iran's nuclear program was unchecked, leading to harsh retaliation against any missile strike that could also quickly escalate into a broader conflict.

And of course, Israeli leaders are likely to return to open threats about military options against Iran's nuclear facilities should Iran resume its enrichment program to levels that bring it closer to a weapons capability that crosses Israeli red lines. Pressures on neighboring states to consider nuclear programs of their own would also likely increase, even if concerns about the intentions and ability of neighboring countries like Saudi Arabia to pursue nuclear weapons capability are largely overblown.

Finally, there are also opportunity costs of a no-deal outcome. It is difficult to know whether a deal will moderate Iran's regional behavior or improve U.S.-Iranian relations and cooperation on issues of common concern, such as countering Sunni extremist forces in Afghanistan and Iraq. There are probably more constraints on such radical transformations of U.S.-Iranian relations than some pro-deal advocates may acknowledge. Regional neighbors have good reason to worry that Iran's links to destabilizing groups throughout the region will continue.

But what is certain is that the absence of a deal will foreclose possibilities for even limited cooperation and the possibility of moderating Iran's behavior over time. As U.S. President Barack Obama noted in a discussion of his administration's revision of Cuba policy, current policies of pressure and isolation haven't worked, so logic dictates a new approach. The same can be said of the United States' Iran policy: The policies of isolating and punishing Iran—which has spanned Democratic and Republican administrations—have not produced more moderate Iranian behavior at home, in the region, or across the globe. It might be time to test whether engagement with a nuclear-constrained Iran can produce better results.

The Middle East today is in serious turmoil. No one should be under the illusion that even a strong nonproliferation agreement that prevents all possible pathways toward the Iranian bomb will magically transform this volatile region. But on balance, the Middle East would be better off with a good nuclear deal than without one.

Dalia Dassa Kaye is a senior political scientist and director of the RAND Corporation's Center for Middle East Public Policy.

This commentary originally appeared on Foreign Affairs on July 7, 2015. Commentary gives RAND researchers a platform to convey insights based on their professional expertise and often on their peer-reviewed research and analysis.