How to Improve Oregon's Mileage-Fee Experiment 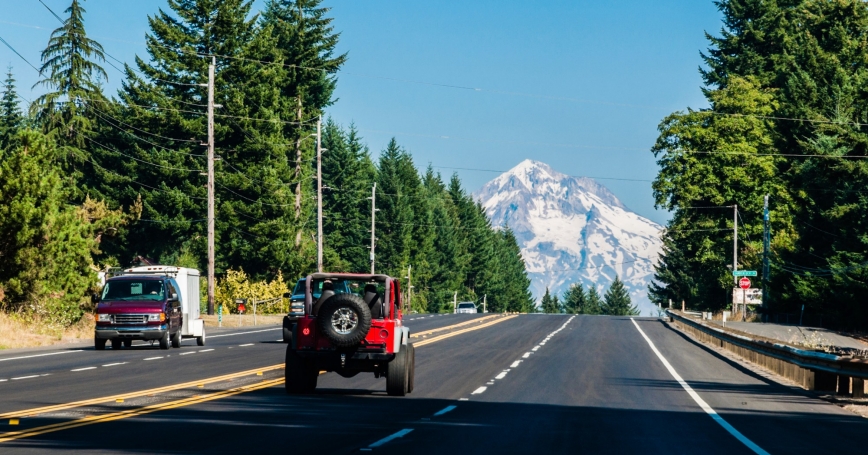 by Liisa Ecola and Laura Patton

As Washington policymakers struggle over how to pay for transportation infrastructure, states are looking elsewhere to fund their needs. Oregon is rolling out the nation's first large-scale pilot to examine switching to a mileage fee instead of the gas tax. A RAND primer found that beyond providing a fair and more sustainable revenue source, mileage fees could also help to reduce traffic congestion, harmful emissions and excessive road wear; improve driver experience through technology-based navigation, safety and cost-saving features; and collect travel data to support better planning and operations.

However, transitioning from taxing fuel to taxing miles of travel raises challenges, such as minimizing the administrative costs of collecting mileage fees from tens, or even hundreds, of millions of drivers. Oregon will be testing its system beginning this month, when up to 5,000 volunteers will begin paying a flat fee per mile driven instead of paying a flat tax per gallon at the pump. When they sign up for OReGo, they'll get an electronic device in the mail that will meter their mileage (1.5 cents per mile) as well as how much gas they put in the car. State gas tax paid at the pump will be deducted at the end of each month from the per-mile charge to ensure they aren't paying twice.

So what will this trial tell us about collecting mileage fees? The rate of enrollment will show how enthusiastic the public is about the switch, the technology will test the accuracy of the meters and billing process, and having multiple technology providers will test different ways to keep administrative costs down and ensure driver privacy.

But a few important issues are not addressed. One of these is fee evasion. Because this trial is based on volunteers who are presumably eager to try the new technology, it seems unlikely they will also be trying to beat it — attempts that are much more likely once the technology is rolled out for widespread public adoption. And states and the federal government would be understandably reluctant to proceed to implementation unless decision-makers were confident that mileage fees could be effectively enforced.

How, then, might a future trial be structured to probe the effectiveness of proposed mechanisms for detecting and prevention evasion? Two suggestions emerged from a RAND study: seeking relevant expertise to systematically search for weaknesses, and offering cash rewards to individual trial participants who find a way to avoid full payment without being detected. Then when the system is officially put in place, officials will have a better idea of how to deter and catch cheaters instead of losing out on potential revenue.

The Oregon trial is an excellent and welcome next step toward understanding how mileage fees can be deployed. Fee evasion is an important concern, and future mileage trial organizers may want to incorporate this element. But every new trial can tell us something we don't already know about how mileage fees will operate in the real world. All eyes are on Oregon to see how the trial goes.

Liisa Ecola is a senior project associate and Laura Patton is a legislative analyst at the nonprofit, nonpartisan RAND Corporation.

This commentary originally appeared in The Oregonian on July 7, 2015. Commentary gives RAND researchers a platform to convey insights based on their professional expertise and often on their peer-reviewed research and analysis.