Lessons from a Long History of Acquisition Reform 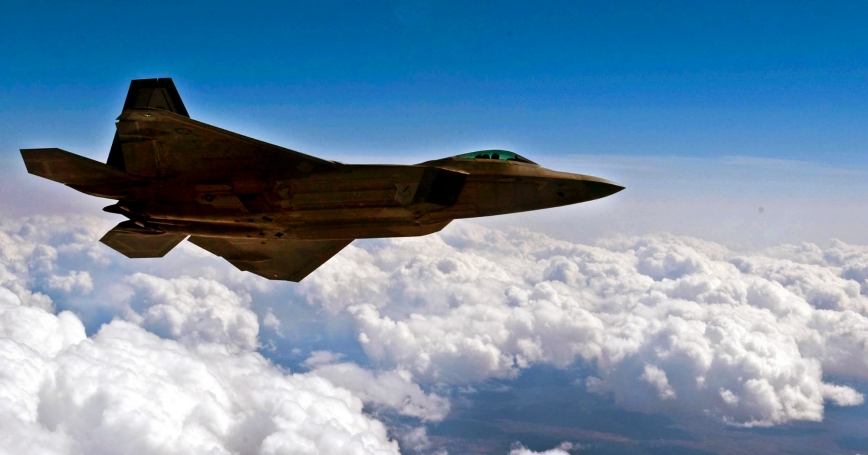 The U.S. Department of Defense has a mixed track record when it comes to buying the weapons that it needs for the defense of the nation. Although the United States has the most dominant military in the world, many systems have cost more than expected, taken longer than planned, and haven't always delivered the full promised capability. This track record is particularly worrisome for the largest programs that provide some of the most critical military capabilities, and which can cost tens to hundreds of billions of dollars over multiple decades.

These problems are not new, and solutions have been offered time and again. Congress and the DoD have a multi-decade history of efforts to improve the way weapon systems are acquired. Now, significant changes to DoD acquisition policies and processes are again being proposed in the House and Senate in an attempt to get needed military capabilities to soldiers, sailors, airmen and marines faster and cheaper. Regardless of how the current congressional debate evolves, it looks likely that the FY16 National Defense Authorization Act (NDAA) will include another set of changes — possibly substantial ones — to how the DoD buys weapon systems. Historical experience indicates that implementing reforms that positively change acquisition outcomes is extremely difficult.

Historically, big programs have experienced an average of 40–60 percent cost growth in acquisition, meaning that cost overruns consume a significant portion of the DoD's annual acquisition budget of approximately $160 billion. As a result, weapons programs may be truncated: the USAF originally planned to buy 750 F-22 fighter aircraft, but stopped with 187 aircraft primarily due to rising costs. Or sometimes programs are terminated: the National Polar-orbiting Operational Environmental Satellite System was cancelled and restructured after multiple cost overruns. In addition, other military needs may be squeezed or delayed. As U.S. adversaries grow in capability and capacity, the ability to efficiently procure new systems is increasingly important. The nation has enjoyed technological superiority so far, and an effective acquisition system helps underpin that position.

Analysis of the effects of reform efforts over the last half century on cost growth in major defense acquisition programs proves how difficult progress can be. Despite numerous attempts at improving acquisition outcomes, cost growth during the weapon system development phase remained high (approximately 50 percent) and showed no improvement across the 1970s, 1980s and 1990s. Estimating the cost to develop a large complex military system with new advanced technologies is inherently challenging.

Further reform in the late 1990s and early 2000s sought to implement successful practices from the commercial sector. One major area of emphasis shifted much of the responsibility for managing acquisition programs from the government to prime contractors as part of “Total System Performance Responsibility” and similar initiatives. This new approach did not result in better outcomes than prior attempts. In fact, analysis of Air Force programs shows that, in this era of decreased government oversight, not only did cost growth not improve, but it worsened in some areas.

It's worth noting that during these decades of reforms, the complexity of weapon systems was increasing. The introduction of stealth technology and more advanced sensors and radars are examples. Some argue that cost growth would have been even higher over time without acquisition reform efforts. Nonetheless, the hoped for improvements did not materialize.

To guide future reform efforts, there are volumes of studies identifying the most significant causes of cost growth and schedule risk in weapon system acquisition programs. Many of the findings are quite intuitive. A primary factor has been underestimation of costs and technical complexity. In some cases, program managers and contractors were far too optimistic about what their programs should be able to accomplish within given budgets and timelines, with little incentive to temper their expectations because a given program's timeline far exceeded their likely tenures. Errors in cost estimates and unrecognized technical issues early in the life of a program were also common. In addition, programs experienced expansions of capability requirements (aka requirements creep) as technology and threats evolved. And schedules extended due to underestimation of program challenges, as well as funding instability. Some of these factors can and should be addressed; others lie outside the control of policy makers and DoD leadership.

And it's too early to assess the success of more recent reforms passed just a few years ago, including the Weapon System Acquisition Reform Act (WSARA) of 2009 and a series of Better Buying Power (BBP) initiatives launched in 2010. These have sought to emphasize and codify practices designed to address important factors driving cost growth in programs. WSARA and BBP have placed particular emphasis on reducing technological risk early in acquisition programs, and developing more credible independent estimates of costs before entering full system development. Indications from a handful of recent smaller programs suggest that these changes may lead to better outcomes in the future; however, these potential improvements come with additional steps in the acquisition process and a potentially longer timeline. Time will tell whether these modifications lead to better cost and schedule outcomes for the DoD's most costly systems, or if they, like their predecessors, are honest efforts with limited results.

We see two important lessons for the future from these past efforts.

First, implementing change in weapon system acquisition takes time and patience. Our work suggests a minimum of 8–10 years is necessary to have enough evidence to assess the effects of major policy changes on weapon system acquisition outcomes. Such timelines exceed the tenure of most legislators and top DoD acquisition leaders. There is a real risk that impatience to see results could mean new changes are made before the earlier reforms have time to take effect, increasing turbulence within an already complex system.

Second, acquisition outcomes are inherently hard to control. No matter the good ideas from policy makers or the evidence from research, the largest programs are multi-decade, complex efforts that take place within a larger context which includes not only the leadership of the military services, the DoD acquisition community, and Congress, but also global threats, national priorities and the economy. (For example, regarding the economy, recent work by the Institute for Defense Analyses highlights the important influence of the overall funding climate on weapon system cost growth.) This complex, dynamic environment suggests the need for a sophisticated risk-based approach to managing acquisition programs. In particular, it requires one that considers the unique characteristics of systems and the environment in which they are executed in order to focus management's attention on the programs, or phases of programs, that are most likely to face challenges over time.

That said, the current federal acquisition regulations already allow for significant tailoring of both acquisition strategies and oversight to the needs of individual systems. But more can be done to encourage, empower and educate managers and leadership to take full advantage of the flexibilities inherent within the system.

So as Congress considers the next round of acquisition reform in the FY16 NDAA, it should consider the timing of further changes and whether proposed changes reinforce improved management approaches. Congress can't legislate better management, but it can help create the space — and the budget stability — within which managers might be able to more effectively fashion improved acquisition strategies. History shows just how difficult this can be, but ensuring the technological superiority that helps secure the United States demands that the issue of improving acquisition continue to be an important part of the policy agenda.

This commentary originally appeared on The Hill on July 16, 2015. Commentary gives RAND researchers a platform to convey insights based on their professional expertise and often on their peer-reviewed research and analysis.