Medicare at 50: How Reforming End-of-Life Care Could Benefit It for Years to Come 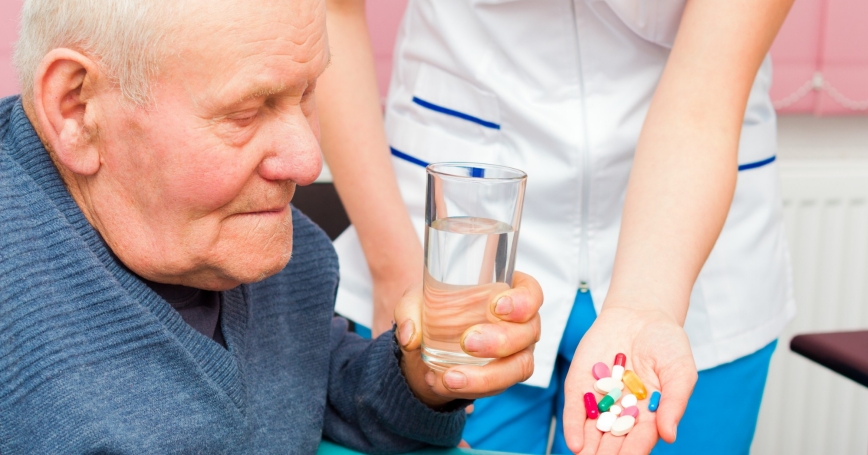 Soon after signing Medicare into law on July 30, 1965, President Lyndon Johnson turned to a couple watching health care history unfold — none other than Harry S. Truman and his wife Bess — and presented them with the first two Medicare cards. It was Johnson's way of recognizing the former president for planting “the seeds of compassion and duty” that led to the enactment of the national health insurance program.

As Medicare turns 50, nearly 50 million Americans hold the program's health insurance cards. Medicare was created to provide health insurance to the elderly, and later the disabled, largely because there was no private market for health insurance for these populations. The public embraced it early on, and the program remains widely popular: 77 percent believe Medicare to be a very important program, concluded a recent Kaiser Family Foundation poll.

Now firmly ensconced in middle age, Medicare is struggling. Skyrocketing health care costs and the aging of baby boomers — there are over 75 million of them, according to the U.S. Census — both threaten the program's long-term viability. And Medicare's hospital insurance trust fund — the portion of funds that pay for hospital stays, home care after those stays and hospice — could go bankrupt as soon as 2030 (PDF). That futuristic-sounding figure is only 15 years away.

If Medicare is going to make it to the century mark, the federal government must look at areas of heavy expenditure with a renovator's eye. One solution that could go a long way toward accomplishing Medicare reform may sound counterintuitive — change the way the program handles and pays for end-of-life care.

Research shows that a whopping 90 percent of adults say they would prefer to receive end-of-life care at home if terminally ill, yet 25 percent (PDF) of Medicare beneficiaries in the last six months of their lives died in the hospital in 2010, according to the Dartmouth Atlas Project, which tracks medical spending in the United States. From 2007 to 2010, spending per beneficiary (PDF) in the last two years of life increased by about 15 percent, rising to nearly $70,000.

This means that a significant amount of money is being used to try to extend a life, without accomplishing the goal. End-of-life care that is more appropriate and less costly needs to be encouraged.

Medicare recently took a step in that direction by agreeing to pay physicians to provide end-of-life counseling for beneficiaries and their families. By engaging with patients, caregivers can help them better understand their options and, in turn, encourage a team-based approach to end-of-life care. By emphasizing communication, Medicare may be able to reduce the number of hospital stays and physician visits at the end of life in a way that individual beneficiaries value and want, thereby reducing spending.

Counseling, however, is only one piece of any Medicare reform movement. Helping those who wish to receive palliative and hospice care recognize that the time has come for them to be able to do so could also help the program's bottom line. Medicare currently pays for hospice care for those with a life expectancy of six months. Nearly half (PDF) of Medicare patients who died in 2010 had used hospice care in that same year, according to the Dartmouth report. But it is unclear whether these patients are accessing hospice care soon enough. For instance, research (PDF) from 2010 has shown that, on average, more than 8 percent of cancer patients were admitted to hospice within the last three days of life.

Encouraging earlier dialogue about the benefits of hospice well before it is actually needed may result in increased utilization of such care. It also may reduce costs associated with more intensive and often unnecessary treatments administered in hospital settings — care that patients often make clear they don't really want. There's also a humane benefit: Increasing awareness of hospice and the palliative care it offers could help patients and doctors recognize the right time to take advantage of it.

Finally, Medicare is prohibited from making coverage decisions based on cost. However, some economic benefit would likely come from Medicare working with physicians and patient-care advocates so that they are better equipped to help beneficiaries understand that many high-priced end-of-life treatments often fail to make a life-changing difference.

Communication could prove to be a highly effective cost-cutting tool that benefits Medicare, its patients and generations to come.

Erin A. Taylor is an associate policy researcher at the nonprofit, nonpartisan RAND Corporation.

This commentary originally appeared on U.S. News & World Report on July 30, 2015. Commentary gives RAND researchers a platform to convey insights based on their professional expertise and often on their peer-reviewed research and analysis.