Pay as You Go 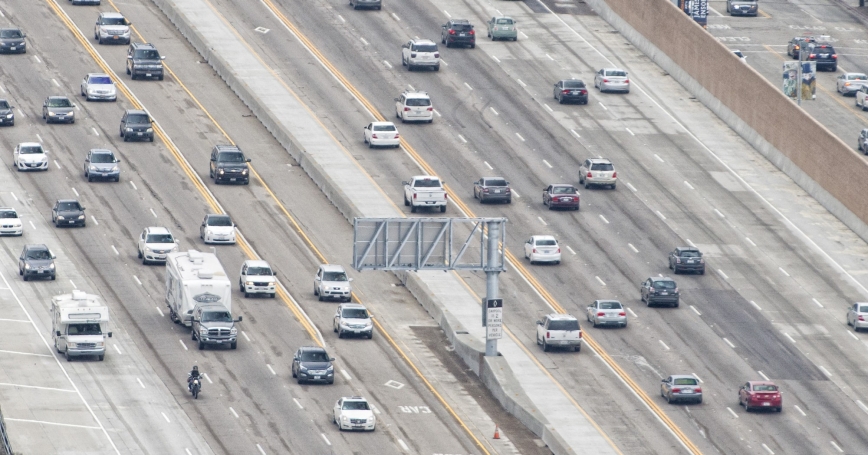 America has a lot of ways to pay for its roads. For generations the main one has been charging drivers a gas tax; there are also local bonds, sales taxes, and the various budget maneuvers that Congress comes up with every time it runs out of federal highway money.

But if you ask transportation wonks how we should really pay for our roads, one idea keeps coming up, over and over: A per-mile fee.

In the acronym-happy world of transportation it's called VMT, for “vehicle miles traveled,” and the notion is very simple: drivers pay some kind of tax based on how much they use the roads. If you drive a lot, you exert wear-and-tear on the roads, so you pay more.

For generations, the gas tax has been a rough approximation of a mileage fee: your gas consumption more or less indicates how much you drive. But now that's changing, and the gas tax doesn't always amount to a fair distribution of the cost burden. People with high miles-per-gallon vehicles pay far less than drivers of other cars, for example, even though both may impose equal burdens on the infrastructure. And in most states, if you are one of the growing group of drivers owning an electric vehicle, you pay nothing at all toward maintaining the roads. This shift to no-MPG vehicles is great for energy conservation and the environment, but it also means that some pay less than their fair share of the costs of building and maintaining the roads on which they drive.

Research we've done here at RAND has found that beyond providing a fair and more sustainable revenue source, mileage fees could also help to reduce traffic congestion, harmful emissions and excessive road wear. In the future they could also be a source of valuable data to support better planning and operations. And it also creates a new policy tool: if states wanted to create incentives for certain kinds of driving — encouraging lighter, high-mileage cars, for instance, or off-peak driving — they could vary the per-mile costs for drivers accordingly.

We're not the only people who think it's a good idea. In Politico's survey of transportation experts, the vote was nearly unanimous that some kind of VMT system represented the future of road funding. That's because a VMT system has one major advantage over gas taxes: revenues generally keep pace with the amount of actual driving. That matters less when Americans' overall mileage is relatively flat, as it has been for the past decade, but matters quite a bit when the number starts to rise.

The sticking point, of course, is how you do it. Technology has now opened the door to new possibilities. Using cellular or GPS-based location data to measure miles driven would provide the best data, but it also raises the biggest privacy concerns: suddenly the government (or a private firm) is measuring how much you drive, and where. Mileage could also be checked via a simple odometer reading during annual vehicle safety inspections. This would measure how many miles a motorist traveled, but wouldn't offer the additional helpful data on where they drove, or what time of day, which makes it less valuable as a policy tool.

Encouraged by its promise, one state has started a large-scale pilot program: Up to 5,000 Oregon volunteers are expected to participate in the OReGo program, which started July 1. Participants choose from multiple vendors, both public and private, and they get an electronic device that meters their mileage as well as how much gas they put in the car. They'll be charged 1.5 cents per mile. State gas tax paid at the pump will be deducted at the end of each month from the per-mile charge to ensure they aren't paying twice.

This trial will test the metering devices and the billing process, and it's also going to be a test of public enthusiasm. Other states and cities have hosted trials, but this one is getting a lot of attention because it's the largest by far to date. If it goes well, other states and even other countries may well follow suit.

Using vehicle miles traveled as a means of distributing the cost of maintaining America's roads and bridges may not be the only answer. But it represents the kind of innovative thinking that is necessary at a time when this particular sector of the American transportation infrastructure is desperately in need of a fix. Doing nothing should not be an option.

This commentary originally appeared on Politico on July 22, 2015. Commentary gives RAND researchers a platform to convey insights based on their professional expertise and often on their peer-reviewed research and analysis.