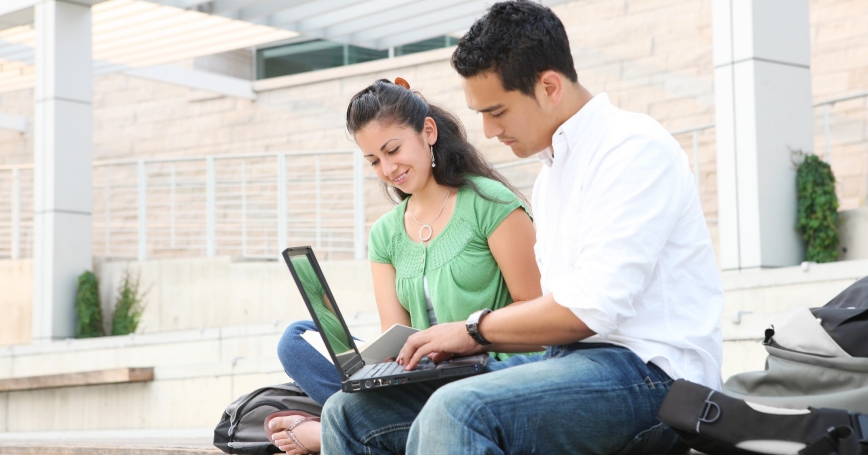 What Does the Research Say About These Policies?

A couple of prominent studies have found that extending in-state tuition benefits to undocumented youth led to increased rates of college enrollment among non-citizen youth. These findings were met with optimism from proponents of in-state tuition rates for undocumented youth who argue that limiting educational opportunities for these students precludes solid footing on the “ladder of social mobility” that helped support generations of immigrants before them. However, in a study recently published in International Migration Review, my colleagues Trey Miller, Matheu Kaneshiro, and I re-analyzed the data used in past studies — with additional waves of data and with more precise sample specifications — and we found that extending in-state tuition benefits to undocumented youth did not result in increased enrollment. But passing laws that prohibit undocumented youth from accessing in-state tuition led to a 12 percent drop in their probability of enrolling in college. It is worth noting that Alabama, Georgia, Indiana, and South Carolina — all states that deny in-state tuition to undocumented youth — have immigrant populations growing at or above twice the national rate between 2000 and 2009. Economic opportunities in these new immigrant destinations — central to the immediate needs and well-being of immigrant families at the time of migration — may be eventually eroded for the youngest members whose success in their new country relies on opportunities for education, which become limited in these states once they finish high school.

How Do Americans Feel About These Policies?

How do most Americans feel about the treatment of undocumented immigrants — and in particular, opportunities for their children? To get a sense of this, we fielded a survey to a nationally representative sample of 4,733 adults as part of RAND's American Life Panel that asked: “Do you think that once children of undocumented immigrants reach the age of 18 and decide to attend college, they should be allowed to pay the same in-state tuition rates at colleges and universities in their state of residence as native-born citizens or should they be charged the rate that out-of-state students pay?” The majority of adults — 62 percent — reported that they believe children of undocumented immigrants wanting to attend college should pay the in-state tuition rate should they decide to attend college in their state of residence.

Robert Bozick is a sociologist at the nonprofit, nonpartisan RAND Corporation.