Sleepless in the City 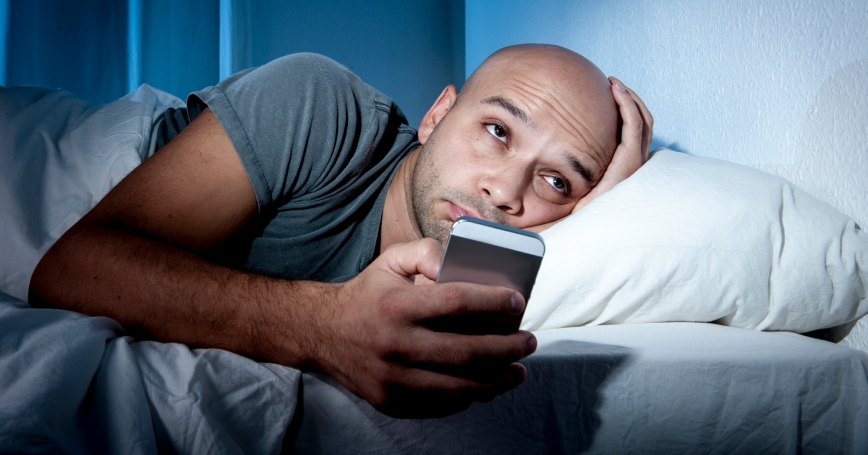 New York is famously known as the city that never sleeps, but it doesn't have to be.

For many, sleeping in big cities is a nightmare. All those people living in close quarters and all those vehicles plying crowded streets make a lot of noise, which can make sleep elusive for even the most weary urbanite. The omnipresent streetlights and headlights don't make it any easier.

In addition to those environmental factors, there are the stresses of urban life, the daily workday grind, the frustrations of commuting, the consistent close interactions with others, and the endless possibilities of 24-hour entertainment, all of which can interfere with sleep. Living in small spaces, like studio apartments, can also mean you share your sleep-space with a bevy of electronic devices that can emit distracting light and sound, and keep you connected to the outside world day and night. This can make it difficult for your brain to unwind and fall into sleep.

And then there are social environmental factors, like how safe you feel in your neighborhood. Research shows that when people feel that their neighborhood is not safe and they are not connected with their neighbors, they don't sleep as well — likely because feelings of safety and security are critical for healthy sleep, whereas vigilance and anxiety are antithetical to the sleep state. What we don't know (but we are currently studying) is whether improving neighborhood conditions in a socio-economically distressed urban community can increase feelings of safety and security, leading to more restful sleep.

In the meantime, though, there are things New Yorkers and urban dwellers across the country can do to better their chances of falling and staying asleep.

First, establish a regular sleep schedule. This can be difficult for urbanites facing round-the-clock entertainment opportunities and early morning commutes, but it's important to resist the allure of that new club, or late-night dining option. Eating and drinking right before bedtime, common among city dwellers, are best avoided. And don't be a “yo-yo,” one of those people who keeps fairly regular sleep hours during the week then stays out all night and sleeps late during weekends. This can make it even more difficult to go to sleep at a reasonable time Sunday night in preparation for the work week. Consistent wake-up times are critical to keep your biological clock in sync.

“Set the stage” for a good night of sleep by keeping the lights low in your apartment in the evening hours, wear an eye mask while you sleep, and cover your windows with curtains, the thicker the better, if city lights invade your bedroom window at night. Exposure to light in the evening suppresses melatonin (the “hormone of darkness”) which signals the brain that it's time to go to bed. Noise pollution, whether it be from the street, from that argumentative couple in apartment 2B, or even from your bedmate, can also be a sleep killer, so consider noise-blocking ear plugs.

Try ending your day with a nightly wind-down routine before bed, something relaxing and in low-light conditions. Remove all technology from the bedroom, or at least put your devices on silent, close laptops, turn off monitors and televisions. Even if the bedroom is your only room, make it a comforting sleep space at night and try to make it a “haven” that is separated from reminders of the working world.

Research shows that the vast majority of people think, behave, function, and feel better when they get adequate sleep, about eight hours. The Centers for Disease Control and Prevention calls sleep deprivation a “public health epidemic” across America. Whether you're from the city or the country, you don't have to be part of it.

Wendy Troxel is a behavioral and social scientist at the nonprofit, nonpartisan RAND Corporation and an adjunct professor of psychiatry and psychology at the University of Pittsburgh.

This commentary originally appeared on The Huffington Post on July 16, 2015. Commentary gives RAND researchers a platform to convey insights based on their professional expertise and often on their peer-reviewed research and analysis.