The Baltic Balance: How to Reduce the Chances of War in Europe 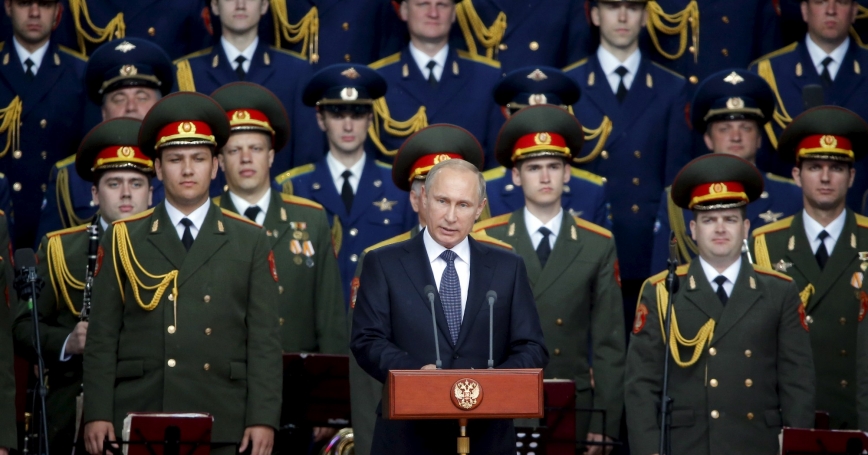 On a trip to Europe last week, U.S. Secretary of Defense Ashton Carter made two important announcements. First, on June 22, Carter revealed that the United States would contribute special operations forces, weaponry, and surveillance aircraft to NATO's Very High Readiness Joint Task Force, a rapid response team of some 5,000 troops. The next day, in Tallinn, Estonia, Carter announced that the United States would pre-position military equipment, including 250 tanks, armored vehicles, and artillery, across several central and eastern European countries, among them Bulgaria, Estonia, Latvia, Lithuania, Poland, and Romania.

Both of these steps aim to strengthen Europe's defenses and stabilize regional security, which has been deeply shaken by Russia's war in Ukraine. Although the United States could do more still, increased U.S. military support should reduce the chances of war in Europe, particularly in the Baltics, where NATO faces the challenges of a limited military presence, adverse geography, and the risk of a fight with Russia.

Moscow's future trajectory is highly uncertain, and its recent saber-rattling along NATO's eastern flank has raised concerns in the region.

To be sure, the chances of a Russian attack on the Baltics are low, and the costs of war with NATO would be enormous for Moscow. But Moscow's calculus and future trajectory are highly uncertain, and its recent saber-rattling along NATO's eastern flank—including military exercises, bellicose language, and provocative air and naval maneuvers—has raised concerns and heightened tensions throughout the region. Even Sweden, traditionally non-aligned, has begun to seriously consider joining NATO. Given the Kremlin's behavior, NATO has no choice but to take the risk of conflict seriously.

NATO currently has few forces in the Baltics, and Estonia, Latvia, and Lithuania have very limited militaries of their own. In the face of a Russian attack, they would be nearly defenseless. Russian forces could likely capture the Baltic capitals within days of crossing the Russian border, before NATO reinforcements could deploy in sufficient numbers to stop them.

In such a scenario, Russian forces would likely attempt to entrench their positions by surging highly capable, mobile air defense systems behind their troops. In combination with Russian air defense and offensive missile systems in Kaliningrad, these moves would quickly make access to the entire Baltic Sea region both difficult and costly for NATO. Freeing the Baltics from Russian control would become a major task: NATO would need to degrade Russian air and missile defenses in the region before deploying large numbers of forces in a counterattack.

In an all-out conventional war, NATO far outclasses Russia and would likely prevail. Nevertheless, ejecting Russian troops from the Baltics would take many months, cost thousands of lives, and debilitate the European economy. And because Moscow's strategic doctrine allows for the first use of nuclear weapons in the event of a threat to its vital interests, even a medium-sized conventional war would run the risk of escalation to nuclear conflict. Avoiding such a scenario—and the extremely painful choices it would impose on Europe and the United States—is clearly in everyone's interests.

Ejecting Russian troops from the Baltics would take many months, cost thousands of lives, and debilitate the European economy.

The U.S. announcements last week significantly reduce the probability that such a scenario will ever occur. By supporting the Very High Readiness Joint Task Force, the United States will strengthen NATO's ability to respond quickly and effectively to a brewing crisis in the Baltics. And by pre-positioning equipment, U.S. forces will be able to take up defensive positions or engage in combat far more quickly. Both moves will reduce the prospects for a swift and successful Russian coup de main in the region and, in turn, the chances that Russian leaders would take such a gamble in the first place. This makes everyone safer.

Even if the recently announced increases in U.S. military support amount to significant steps in the right direction, it remains unknown whether they will be sufficient to deter a Russian invasion of the Baltics. That will depend on several factors, including the Kremlin's propensity for risk, its perception of NATO's political unity and will to fight, and the unconventional and nonmilitary alternatives available to it. Whether these increases in U.S. presence would be sufficient to defend the Baltics depends also on how much advance warning NATO has of an attack.

Over time, therefore, the United States may choose to increase the amount of equipment it pre-positions in the region, doubling or even tripling what was announced last week. A further step would be to permanently deploy forces into these countries. For example, NATO could deploy an armored brigade to each of the Baltic capitals, complemented by strengthened tactical air power in the region and bolstered command-and-control infrastructure and staff. NATO could also strengthen the Baltic nations' own abilities to hamper the progress of adversary forces through unconventional warfare, including guerrilla tactics. Finally, NATO could consider transitioning from existing Baltic Air Policing operations to a larger integrated air and missile defense system for the region. NATO efforts to strengthen regional defenses against unconventional or hybrid strategies of the kind deployed in Crimea and eastern Ukraine are already underway.

Opponents of the U.S. deployments will argue that last week's announcements are evidence of chronic U.S. aggression and are undesirable because they could exacerbate tensions with Russia. Objections to further measures, especially permanent deployments, would be even more strident. But these objections are misplaced. Over the medium and long term, such reinforcements will reduce the chance of miscalculation by Moscow and, hence, of war. They also reduce a point of leverage that Moscow might seek to use against NATO during a crisis elsewhere. Although Russian leaders may cry foul at the idea of U.S. forces moving closer to their borders, moreover, they should be reminded that Moscow regularly deploys troops along the borders of the Baltic states. Although the announcements of the past week are bound to raise controversy, they are a positive step in addressing a major new challenge to European security.

Christopher S. Chivvis is associate director of the International Security and Defense Policy Center at the RAND Corporation and adjunct professor at the Johns Hopkins School of Advanced International Studies.

This commentary originally appeared on Foreign Affairs on July 1, 2015. Commentary gives RAND researchers a platform to convey insights based on their professional expertise and often on their peer-reviewed research and analysis.