The Iran Nuclear Deal: RAND Experts Answer Questions About the Days Ahead 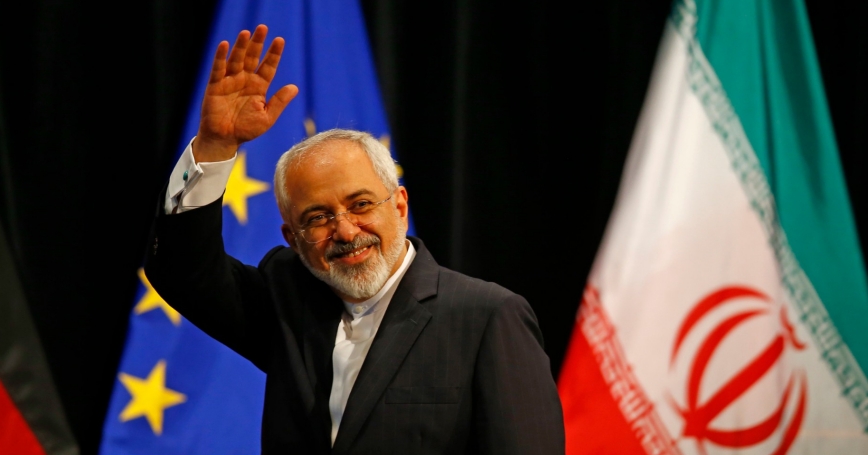 Now that a nuclear agreement with Iran has been concluded, the United States faces a series of important policy decisions that will help shape the days ahead and the relationship that will emerge between Iran and the other parties involved.

For nearly two years, RAND experts have been engaged in a broad, forward-thinking exercise to explore what the “Days After a Deal” might look like in terms of U.S. policy options, Iran's foreign policy, and regional responses from Israel and Saudi Arabia.

We asked several RAND researchers who were involved in the “Days After a Deal” project to reflect on what they think may be coming next. The researchers were Lynn Davis, a senior political scientist; Dalia Dassa Kaye, director of the Center for Middle East Public Policy and a senior political scientist; Alireza Nader, a senior international policy analyst; and Jeffrey Martini, a Middle East analyst.

Given Iran's past history of misbehavior and the concerns of American allies in the region, should the United States “wait and see” whether Iran complies or “seize the opportunity” to engage Iran and seek to open the door for the two countries to emerge from a prolonged deep freeze in their relationship?

Lynn E. Davis: Before falling into the easy way ahead, it is time to seriously consider different ways to encourage a new and improved dynamic between the United States and Iran. Any pursuit of engagement would, of course, hinge on Iran's complete cooperation with the terms of the nuclear deal; anything less, and harsh consequences such as tougher sanctions or even military action could follow.

One way would be for the United States to open up further talks with Iran and hold out the possibility of future incentives—such as greater easing of economic sanctions—while still maintaining a strong military presence in the region to put allies at ease, and also to continue the fight against the Islamic State. Those areas where interests could converge include the fight against the Taliban in Afghanistan and against al Qaeda and the Islamic State.

Should the United States de-emphasize military threats against Iran in the region, through U.S. declaratory statements or in U.S. military preparations or through other means?

Davis: Underlying such an approach would be the view that Iran's behavior is at least in part driven by its sense of threat and that assuaging Iran's perceived vulnerability is a way to elicit a positive change in behavior. Any path the United States takes will be risky on all sides. Anything less than a hard line against Iran would alarm U.S. partners and almost certainly face strong opposition from Congress, where strong skepticism about Iran continues. But a continuing hard line also jeopardizes Iran's acceptance of a deal, and possibly even its cooperation in meeting its promises.

Isn't doing nothing a viable option?

Davis: There is no question that the easiest way ahead is to adopt a “wait and see” attitude and make no changes in policies. But the stakes are too high not to give alternative policies much more serious consideration than has been apparent to date.

What kind of reaction can be expected from the old guard, anti-American conservatives who hold the real power in Iran, especially Supreme Leader Ayatollah Ali Khamenei?

Alireza Nader: That part of Iran's leadership needs the United States as an enemy. A nuclear deal—and, more importantly, the lifting of some economic sanctions—would give President Hassan Rouhani a boost and may buy him some freedom to pursue his domestic and foreign-policy reforms. But Khamenei and his conservative allies will still maintain a tight grip on Iran's economy, military, and security forces. That means any improvement in Iran's relationship with the United States after a nuclear deal will be neither sudden nor dramatic. It also means a deal will not likely lead to any great breakthrough in Iran's anti-Israel stance. However, an improved and more open economy and a less isolated Iran could facilitate long-term changes in Iranian society and politics.

What does the deal and the possibility of warmer U.S.-Iran relations mean to Israel?

Dalia Dassa Kaye: Israeli Prime Minister Benjamin Netanyahu has been blunt in his assessment that the nuclear deal with Iran is a bad deal. He and other Israeli leaders have warned that any deal that falls short of stripping Iran of all nuclear-enrichment capabilities will pose an unacceptable threat to Israel. Israel has even threatened military strikes in the past, but it is unlikely to go it alone with a military offensive after the rest of the international community accepts a nuclear deal with Iran.

More likely, Israel will encourage the U.S. Congress to reject the deal and if that effort fails, we can expect Israel to continue pressing for continued economic sanctions until Iran is in full compliance with the agreement, as well as the preservation of non-nuclear sanctions related to terrorism and human rights issues. Israel will also advocate bolstering credible military options should Iran violate the agreement and will likely play an active role in exposing potential Iranian cheating during the deal's implementation phases. Israeli officials have made it clear that they have zero confidence that Iran will abide by the deal.

All that said, despite initial opposition to the interim nuclear deal in 2013, some Israeli leaders noted benefits of that deal in largely freezing Iran's program, and former high-level Israeli officials have been critical of Prime Minister Netanyahu's strident opposition to nuclear negotiations. So we might see some debate among Israel's security elite after the deal about its potential merits and risks, and whether continued Israeli opposition is productive.

What about Saudi Arabia?

Jeffrey Martini: Although surviving in a rough neighborhood is nothing new for the Saudis, the Kingdom feels particularly vulnerable today. Domestically it faces a terrorism threat from the Islamic State the likes of which the Saudis haven't experienced since the early 2000s. Externally, the Kingdom feels challenged by Iran's staying power in Lebanon and Syria, its surge in Iraq and Yemen, and Tehran's continued military and technological advance. And further enflaming Saudi threat perceptions, all of these developments are taking place against the backdrop of succession as well as Saudi unease with the reliability of Washington as a security guarantor.

In this context, the Saudis are pursuing a more activist foreign policy that is intended to deter Iran and signal to the United States that it is Riyadh, and not Tehran, that serves as the backbone of the regional order. This predisposes the Saudis to oppose a nuclear deal that they see as another step in legitimating Iran as a regional power. Saudi Arabia's most troubling response to a deal—although not especially likely—would be to pursue the acquisition of its own nuclear bomb to match what it sees as Iran's threshold nuclear capability. More likely, and already underway, would be for the Saudis to step up their support for armed groups opposing Iranian “proxies” in Lebanon, Syria, and Yemen. The approach is designed to shut down opportunities for a broader U.S.-Iranian détente that would shift the regional balance of power away from Riyadh.

How can the United States deal with such regional opposition?

Kaye: The opposition to a deal from two of the region's most important players means that the United States will have to keep the lines of communication open at the highest levels as a nuclear deal goes forward. Among the greatest challenges: assuring both Saudi Arabia and Israel that any failure by Iran to live up to the terms of its agreement will be met with strong consequences brought by an international coalition. Such assurances will be difficult in an environment where both actors view U.S. influence in the region as being in decline.

The United States must also be careful to balance reassurances to our partners with efforts to integrate Iran into the regional security landscape to reduce sectarian tensions that are destabilizing the region.