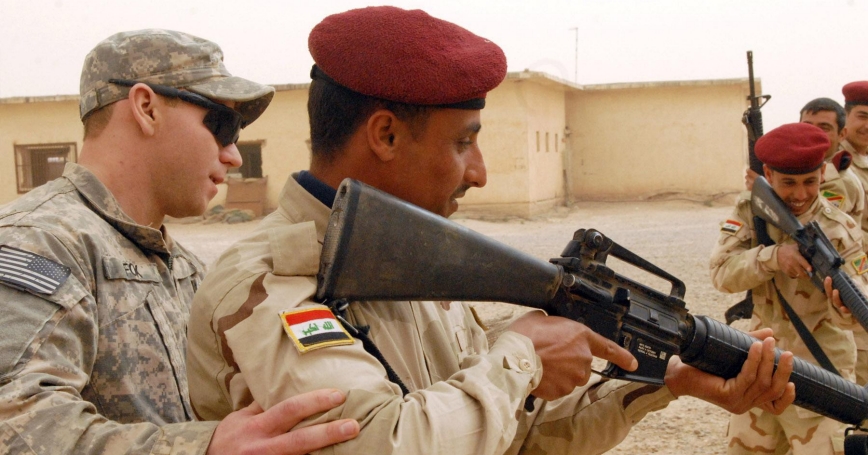 The United States has sent its latest tranche of 450 troops to Al Taqaddum Air Base in Iraq to train that country's new army recruits. The hope is that this will bolster the Iraqi army, which could make the difference in pushing back the Islamic State. But the American model for large-scale development of partner nation armies is teetering on the brink of failure. Despite vast sums of money and years of effort, America's allies in Iraq and Afghanistan seem largely uninterested in fighting without U.S. assistance.

So exactly what is it that U.S. forces are getting wrong? In comments he gave to CNN in the wake of the fall of Ramadi, Defense Secretary Ash Carter found the crux of the issue: The Iraqi army, said Carter, lacks the will to fight. Faced with an enemy it had the skill and numerical advantage to defeat, the force simply folded. But what Carter said next highlights a fundamental misapprehension: “we can give them training, we can give them equipment, we obviously can't give them the will to fight.”

Rebecca Zimmerman is an associate policy analyst at the nonprofit, nonpartisan RAND Corporation.

This commentary originally appeared on War on the Rocks on July 15, 2015. Commentary gives RAND researchers a platform to convey insights based on their professional expertise and often on their peer-reviewed research and analysis.