We Face a New, Dangerous Age of Nuclear Weapons Rivalry 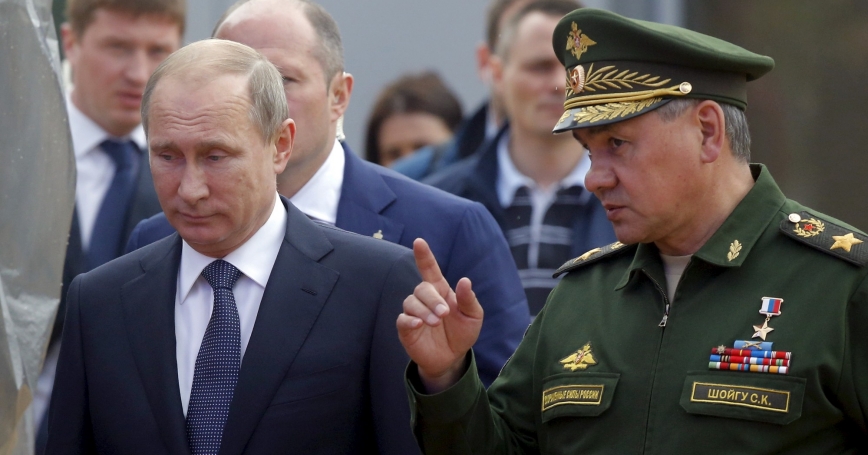 When Vladimir Putin recently issued fiery nuclear threats while promising to bolster Russia's nuclear forces, some observers were shocked. The comments seemed out of place, anachronistic. A senseless throwback to the Cold War.

Yet Putin's nuclear bluster may be more of an omen than a relic. In a development that has attracted remarkably little attention, the world has arrived at a perilous crossroads in the effort to reduce the dangers of nuclear weapons. Much recent progress stands to be lost in a hazardous wave of brinkmanship and arms races. Before it becomes too late, the United States should design and lead a new campaign to control nuclear risk.

The dangers come from a number of quarters. Escalating competition among major powers is amplifying the role of nuclear weapons in defense policies, including more easily used—and thus especially dangerous—tactical nuclear forces. At a time of intense geopolitical maneuvering, tactical nukes are attractive because they can be used in flexible ways and moved to areas of concern. But they also blur the threshold between conventional and nuclear war.

Regional rivalries from South Asia to East Asia and the Middle East are stoking incentives for proliferation. The spread of civilian nuclear power is creating an ever-expanding stockpile of fissile material, even as related nuclear technologies such as advanced centrifuges are spreading more widely.

In the United States, there are growing calls to pour more money into new tactical nuclear weapons and wider upgrading of nuclear capabilities. Russia's parallel modernization can be exaggerated but is nonetheless significant. China and Pakistan are busily improving their nuclear forces.

In short, we are entering a new era of reliance on nuclear threats and coercion, one that carries with it significantly increased risks of nuclear use.

Some degree of modernization is prudent to boost the safety and security of arsenals. But the essential work of the past three decades to relegate nuclear weapons to the sidelines of world politics is now being rapidly undone. There may be only a narrow window of opportunity before these dangers spin out of control in an unstable multilateral nuclear rivalry.

So far, however, there is little apparent sense of urgency.

In April 2010, the Obama administration concluded the “new START” treaty, limiting the U.S. and Russia to no more than 1,550 deployed warheads and 700 deployed launchers apiece. The United States has helped sponsor Nuclear Security Summits focused on control of nuclear materials. In 2009, President Barack Obama gave his famous Prague Address calling for progress toward disarmament. But over the past five years, there has been more rhetoric than action on U.S. arms control policies, and no other country has emerged to lead on this issue.

To be fair, progress has slowed in part because the current paradigm of nuclear security has reached a point of diminishing returns. U.S.-Russian hostility blocks further bilateral arms control. Global frustration with the division between nuclear haves and have-nots threatens the future of the Nuclear Nonproliferation Treaty. Governments are losing patience with prolonged negotiations that generate exhaustive treaties.

So the requirement now is as clear as it is daunting. The United States must lead in the development of an urgent, but creative and fresh, approach to reducing nuclear dangers.

Such a revised agenda must be thoroughly multilateral, engaging the efforts and interests of a range of countries. It must build on increasingly contested, but nonetheless powerful, shared interests among leading powers. It should bypass meticulous bilateral or multilateral treaties. And it should aim, for the time being, at the growing peril of nuclear use, rather than large reductions in nuclear arsenals.

In a new report from the Hoover Institution, I argue for a two-pronged nuclear initiative to achieve these goals. In the short term, a new agenda could ease the risk of nuclear miscalculation with a new set of multilateral confidence-building and crisis-response procedures. In the medium term, such an effort could reduce risks of proliferation through a modified program to control fissile materials.

This pair of initiatives would focus on shared interests among major powers and aim to reduce the risk of nuclear use by states and non-state actors alike. But the precise details of what emerges matter less than a decisive commitment to action on the United States's part, including a willingness to share leadership of the effort.

Through decades of hard work during and after the Cold War, the international community achieved what many thought was impossible in 1945: No nuclear weapon has been used in anger since Nagasaki. That hopeful record is now in danger. If the United States does not act soon, it may someday view the past three decades as a brief, hopeful but ultimately fleeting pause on the long and terrible road to the broader use of nuclear weapons.

Michael J. Mazarr is a senior political scientist at the RAND Corporation and associate director of the RAND Arroyo Center's Strategy, Doctrine and Resources Program.

This commentary originally appeared on Newsweek on July 15, 2015. Commentary gives RAND researchers a platform to convey insights based on their professional expertise and often on their peer-reviewed research and analysis.