Algeria: The Bastion of North Africa 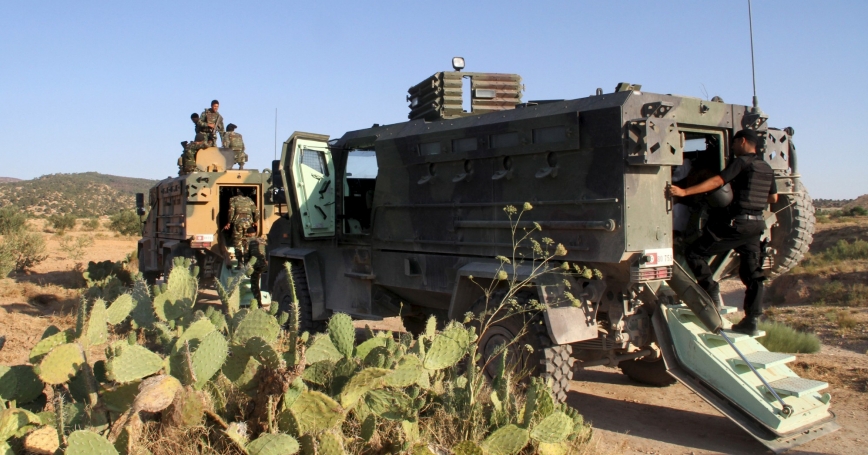 Tunisian soldiers and police patrol near Algeria's border in Kasserine, Tunisia July 4, 2015 after an Islamist militant attack on a beach hotel that killed 38 foreigners

The old adage that an ounce of prevention is worth a pound of cure is highly relevant but elusive when it comes to making effective security strategy. All too often, global attention is riveted on the crises unfolding today at the expense of preventing those of tomorrow.

In North Africa's deteriorating security environment, Algeria is a prime candidate for a dose of preventive attention. As counterterrorism resources are focused on the expansion of the Islamic State and other jihadist groups across Libya, Egypt, Tunisia, and the Sahel region, Algeria is at risk of being overlooked. A regional behemoth, but a problematic and paradoxical U.S. partner, the country is itself beset with challenges new and old.

Because of its size and geographical position, Algeria could be a key regional partner for the United States and France in security and counterterrorism efforts against Al Qaeda and the Islamic State. Algeria has a clear interest in quelling the threat posed by regional jihadists. It has local knowledge that could be helpful to U.S. counterterrorism efforts. Without active cooperation from Algeria, bolstering Tunisia's security will be very difficult. Without Algeria, ending the civil war in Libya will be nearly impossible.

Closer cooperation with Algeria will be tough, however, for several reasons. Algerians remain intensely protective of their sovereignty and regional role and have been leery of cooperating with the United States—let alone their former colonial master, France—in any way that appears subordinate to global powers. Algeria prefers to lead regional efforts with other North African countries like Tunisia and Libya, and, in the past, with Mali when it brokered the peace deals prior to the 2012 uprising. (It also remains locked in stalemate with Morocco—a key U.S. and French ally—over the decades-old conflict in Western Sahara, while maintaining warm relations with Russia.)

Christopher S. Chivvis is associate director of the International Security and Defense Policy Center and a senior political scientist at the nonprofit, nonpartisan RAND Corporation and Amanda Kadlec is a project associate at RAND.

This commentary originally appeared on The National Interest on August 11, 2015. Commentary gives RAND researchers a platform to convey insights based on their professional expertise and often on their peer-reviewed research and analysis.