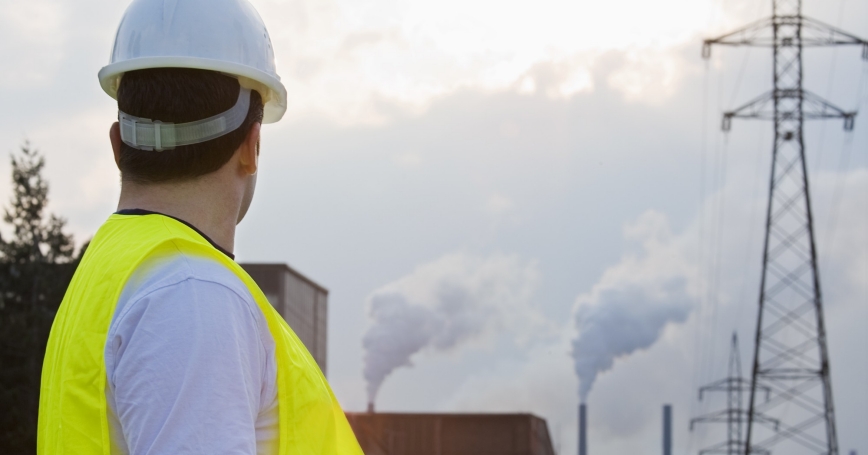 Climate change presents a risk management challenge. But covering oneself against this risk is significantly more complex than buying insurance for your car or house. In those cases, accurate actuarial tables exist that define the risk, and one can compare the known costs of premiums with known replacement costs. In contrast, managing climate risks involves judging poorly understood outcomes and likelihoods while engaging people with many different views regarding, for instance, how much to value the present versus the future. Writing in Nature Climate Change, Laurent Drouet and colleagues[1] offer an intriguing new take on this challenge, which combines several interesting innovations.

First, they conduct a meta-analysis, extracting a wide range of estimates of future climate change, impacts and mitigation costs from the data generated by the three working groups of the IPCC Fifth Assessment Report[2][3][4], and extrapolate outcomes over a wide range of futures.

Second, they include deep uncertainty by projecting impacts and future climate using different types of model and considering separately bottom-up versus top-down estimates of mitigation costs.

Third, they consider alternative ethical stances towards risk by using three different decision criteria: expected utility, which weighs all outcomes according to their estimated likelihood; a 'maxmin' criteria that focuses entirely on the worst-case outcomes; and a maxmin expected utility, which considers outcomes from only the worst-case models, but weighs these outcomes by their estimated likelihood.

Fourth, they use an exploratory analysis[5][6], the purpose of which is not to generate a normative policy recommendation, but rather to examine the implications of a wide range of futures and values. In particular, Drouet and colleagues seek to identify self-consistent sets of values, expectations and policies that can inform processes of deliberation and social choice.

Using this analytic machinery, they ask at what level global cumulative carbon budgets should be set, according to each of the alternative decision criteria. They find that with low cumulative emissions targets, uncertainty regarding the cost of mitigation has the biggest impact on the overall cost. With high targets, uncertainty regarding climate impacts has the biggest effect on the costs.

As uncertainty regarding future impacts is larger, the worst-case criterion gives a low cumulative emissions target (one consistent with the internationally agreed goal of keeping warming below 2 °C). The expected utility criterion pays more attention to the best estimates for impacts and mitigation costs, so gives a higher target for any but the lowest discount rate, where the long-term damages begin to dominate the balance of benefits and costs. Interestingly, uncertainty about the climate system weighs least heavily.

Commentators often claim that climate science implies a need for the 2 °C target, but Drouet and colleagues make it clear that our choice depends most strongly on our expectations about the behaviour of future biological and socio-economic systems — that is, the impacts of climate change and the cost of mitigation — and our values, such as preferences towards the future and how much attention we pay to worst cases.

How might the answer have turned out differently if additional futures or criteria were included in the study? Drouet et al. extrapolate well beyond the historical data. We have no direct evidence regarding the impacts of a world beyond 4 °C of warming, or one in which a large economy runs without net greenhouse-gas emissions. As people are known to do a poor job of considering worst cases, it is likely that the IPCC estimates are conservative in that regard. Expanding the worst cases considered might significantly affect the distance between the cumulative emissions targets implied by Drouet and colleagues' expected utility and maxmin criteria.

The conditions that favour a 2 °C target might also expand if such an analysis considered a broader range of decision frameworks. For instance, Drouet et al. employ only a utilitarian social welfare function that weights all individuals equally. If the analysis added a so-called prioritarian social welfare function[7] that judged policies more by their impact on the poor than on the rich, the conditions that favour low climate targets would include a focus on not only worst cases or low discount rates, but also the amount of attention paid to the poorest among us.

Drouet and colleagues also shed light on the difficult challenge of iterative climate risk management. Combined with uncertainty about outcomes, differing values lead to different global climate targets. But to the extent that policy learning will rely on direct observations of actual system behaviour, we all might prefer to reduce uncertainty by directly exploring the tails of the mitigation cost distribution rather than the tails of impacts distribution, if only because experiments towards the former can be made more localized and reversible.

As such, this analysis suggests that robust climate policy — consistent across many values and uncertainties — might prioritize aggressive efforts aimed towards encouraging and rewarding technological, institutional and social innovations that could forge a path to a zero-emissions economy.

Robert J. Lempert is a senior scientist at the nonprofit, nonpartisan RAND Corporation, and director of the Frederick S. Pardee Center for Longer Range Global Policy and the Future Human Condition.

This commentary originally appeared on Nature Climate Change News and Views on July 20, 2015. Commentary gives RAND researchers a platform to convey insights based on their professional expertise and often on their peer-reviewed research and analysis.